Estaus was the name formerly given to hostels or inns. The Estaus of Tomar were built by Henry, the Navigator, in the first quarter of the 15th century, on what was the main street of the city, at the time.

With this building, Prince Henry intended to provide a place for the venders and foreigners who came here to participate in the local toll-free fair, as well as for some visitors of the lower nobility and the servants of the Masters of the Order of Christ.

The Estaus consisted of two distinct identical buildings facing each other, separated by a street with 17 meters width. Each of them had a beautiful Gothic arcade composed of pointed arches and forming a gallery inside. Nowadays, there are only a few vestiges of this medieval inn from the 14th century that we can find on the corners of the current National Road 110 (Torres Pinheiro Street) with Arcos Street and Saboaria Street. These are the remains of the pointed arches of one of the buildings that were incorporated in the front side of an urban building, as well as two isolated arches, located in a small garden facing it.

From the reconstitution drawings of the buildings, it is estimated that there were 16 arches in the original construction. Two long arcades along the street, facing each other, forming an impressive and aesthetically very interesting architectural ensemble. The truth is that this work was never finished. Studies conclude that if the Estaus buildings had been completed, they would have a total of 38 arches, 16 of which facing Arcos Street.

These arches show great similarities with the arches of the Washing Cloister of the Convent of Christ, although in a slightly more sober Gothic style, with the acronyms in the stonework being the same, which means these constructions were made by the same masons.

It was also in these buildings that the old Jewish bazaar operated, merchants had their spaces in the gallery area, under the arcades. In the mid-19th century, some of these porches were still used by farriers.

The Estaus of Tomar have been classified as a property of public interest since 1946. 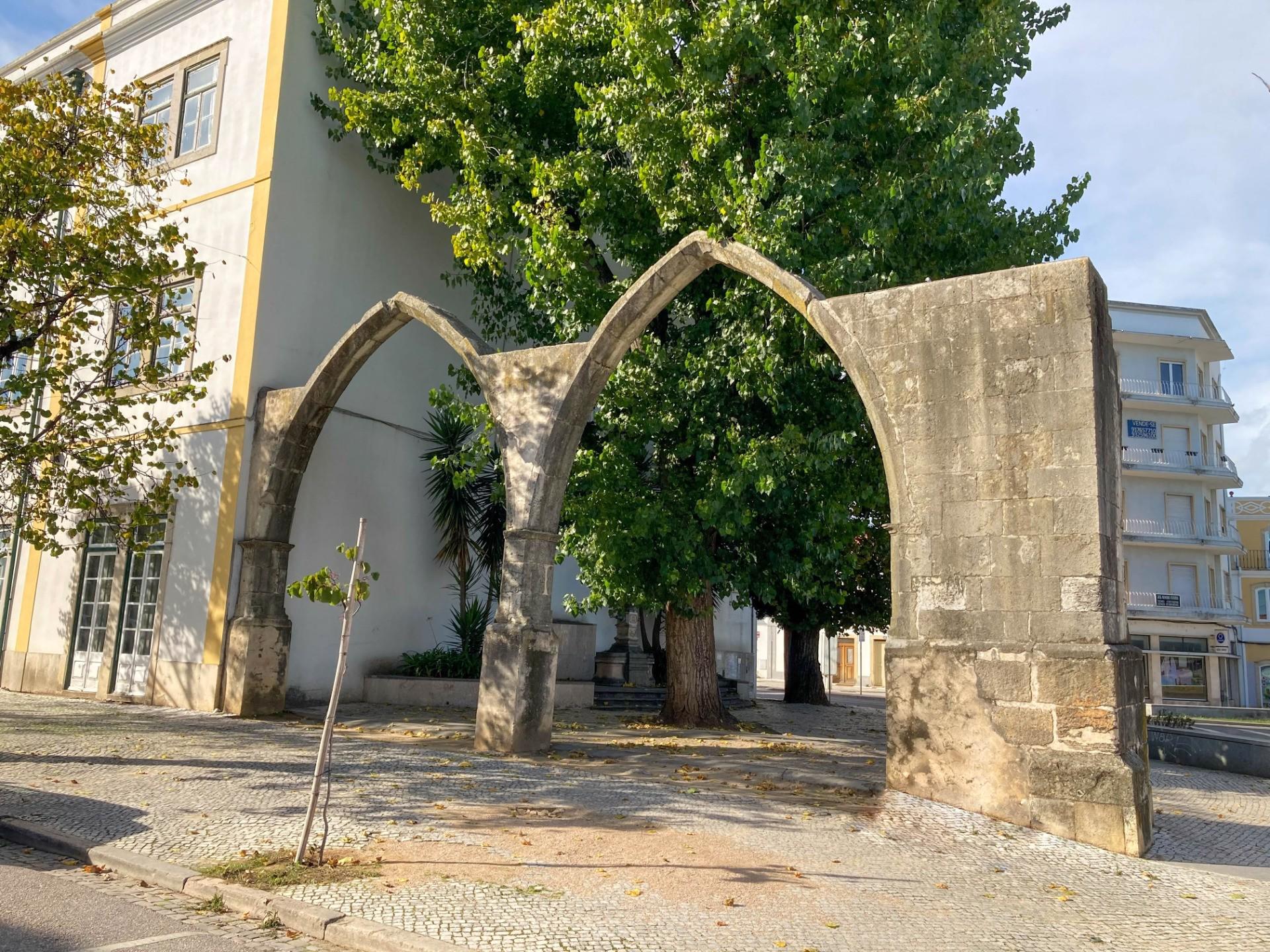 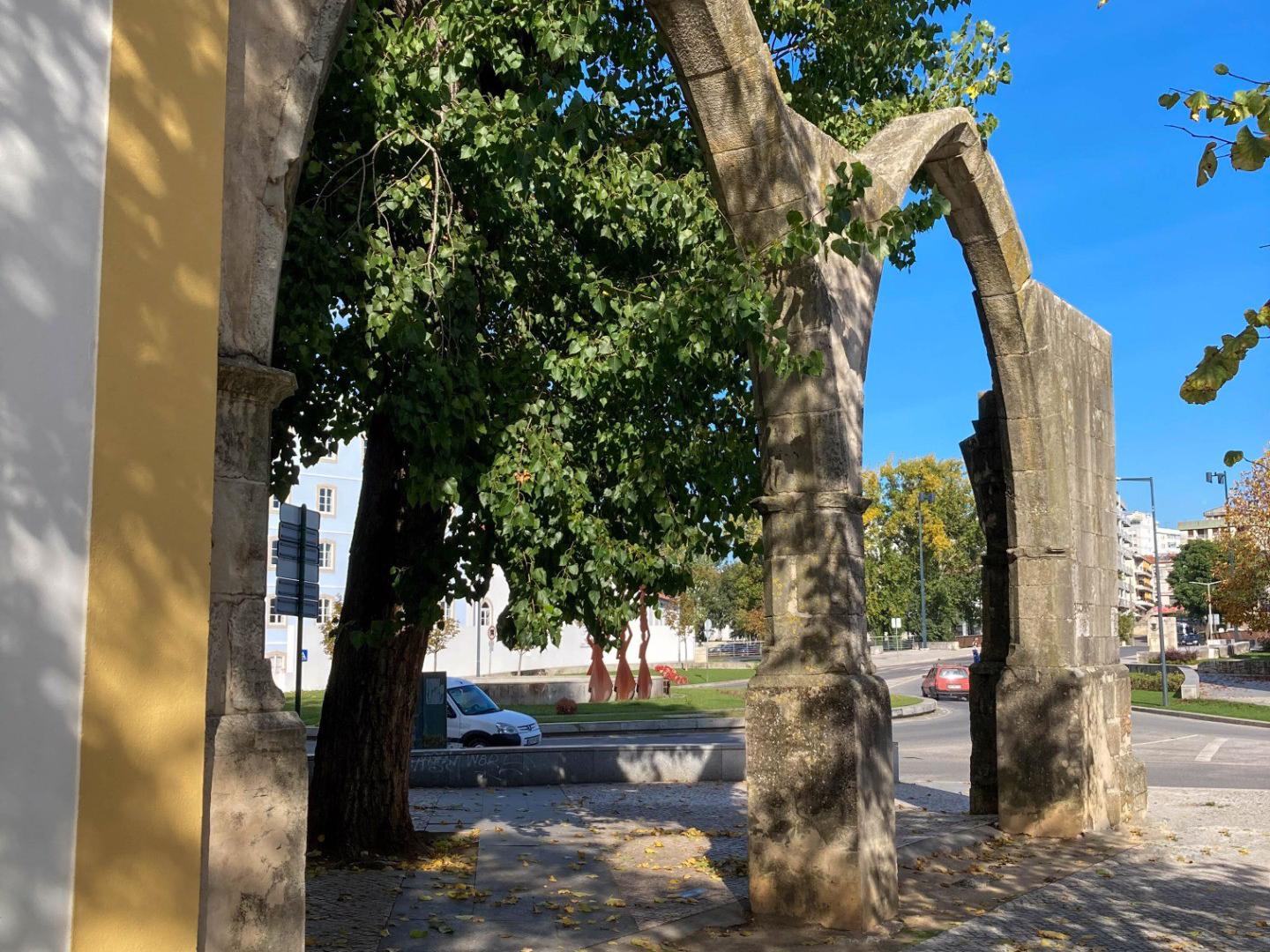 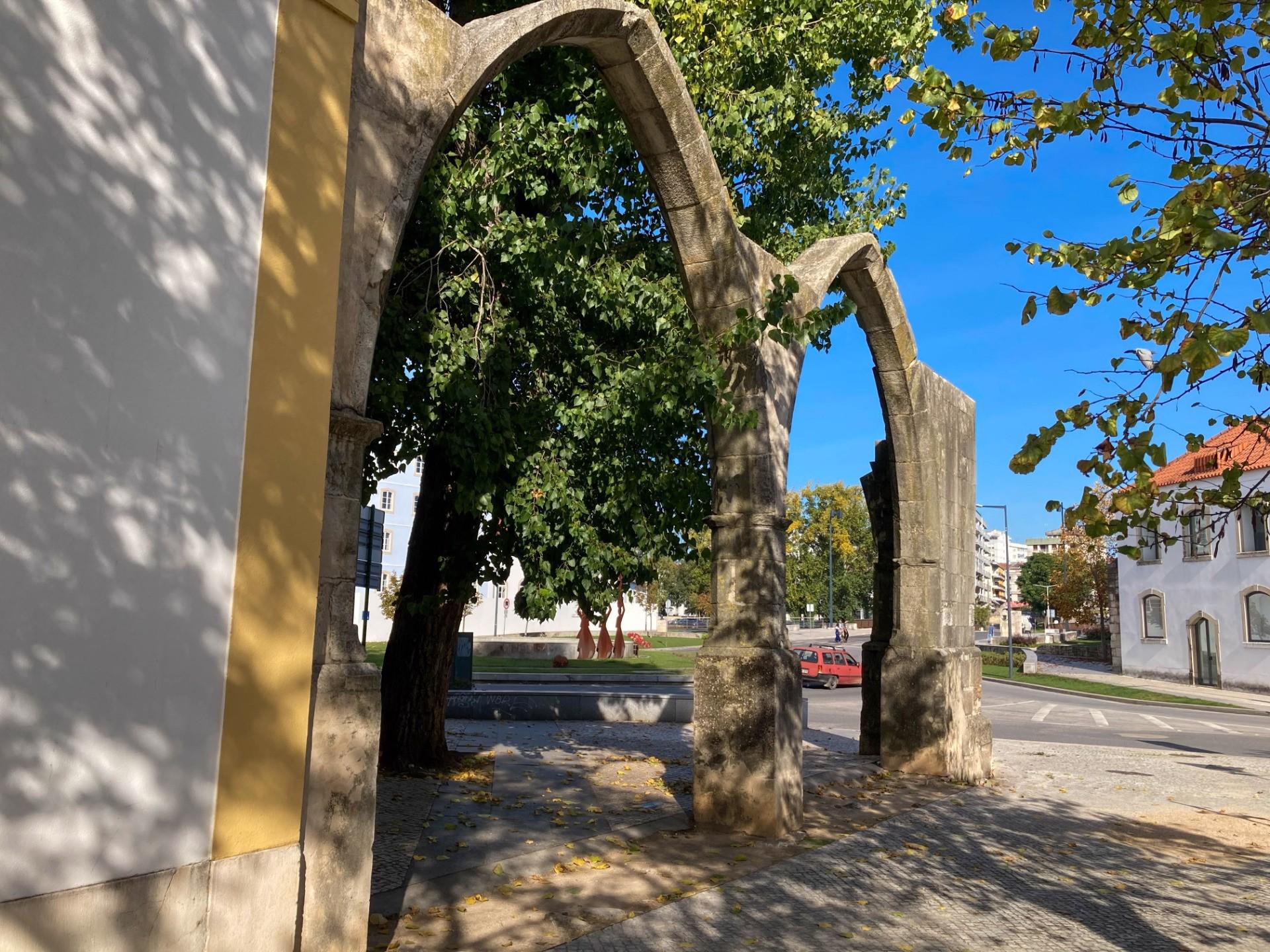 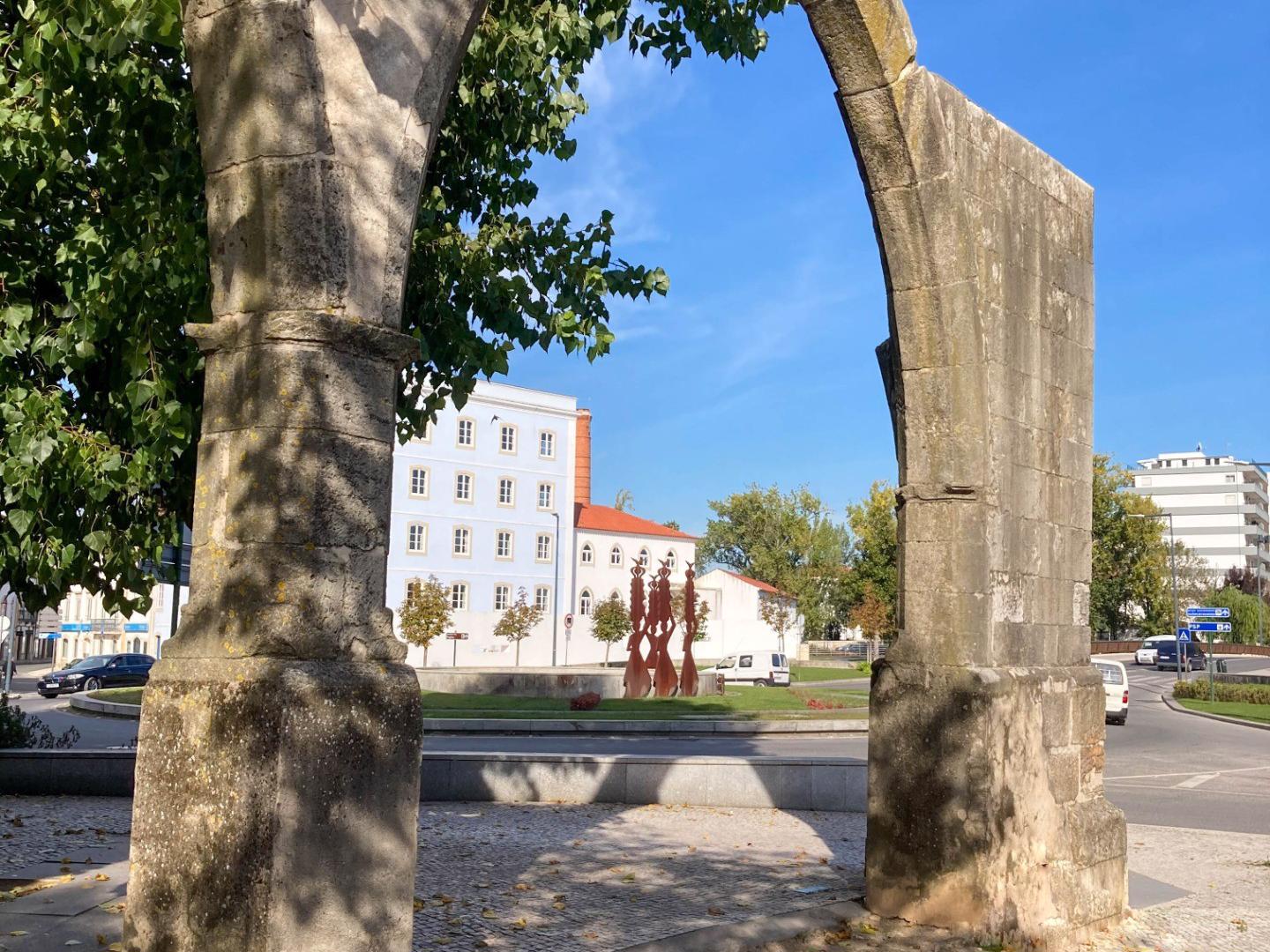 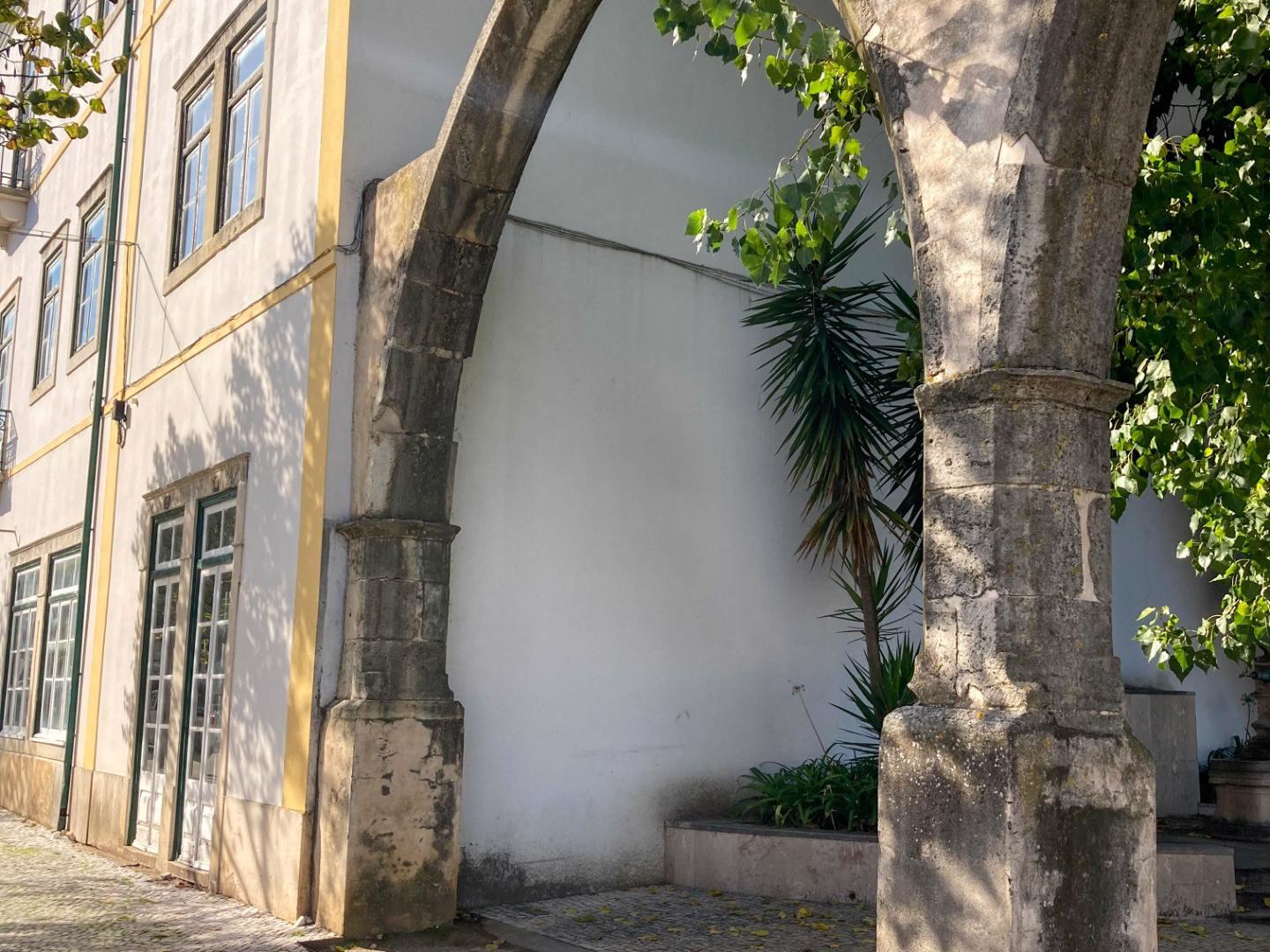