The Synagogue of Tomar was built between 1430 and 1460, by order of Henry the Navigator, who always kept a close and even protective relationship with the Jewish community, which generously contributed to the great endeavor of the Discoveries. Certainly, the construction of the temple was driven by the growing number of Jews in Tomar and the need they felt for a sacred place to practice their worship. However, they ended up enjoying the Synagogue only for a short period of time, since it was closed down in 1496, when the Jews were expelled from Portugal, by order of King Manuel I.

Its architecture is simple and shows oriental influences. It has a quadrangular plan and a roof with vaults with edges based on four columns (representing the four Matriarchs of Israel) and twelve corbels embedded in the walls (representing the Twelve Tribes of Israel). In addition to the religious purpose for which it was created, the Synagogue also had other usages for the Jewish community of Tomar, functioning as a school, assembly and court.

From its closure until its acquisition by Samuel Schwarz, the Synagogue building had different uses, having been used as a public prison since 1516, and between the end of the 16th century and the beginning of the 17th century, it was even adapted to a Catholic place of worship, the Saint Barthelemy Chapel. Later on, after its desecration in the 19th century, it was even used as a haystack, granary, grocery store and storage room. It was only in 1921 that it recovered its lost dignity, when it was classified as a National Monument.

Samuel Schwarz, a Polish Jew researcher of the Hebrew culture, saved it from the state of abandonment to which it was left, buying the building in 1923 and donating it in 1939 to the Portuguese State to set up there the Abraão Zacuto Luso-Hebrew Museum.

Excavations in 1985 revealed the existence of water pots and water heating structures in an adjacent room to the main building, proving the existence of a area for the mikvah, the purifying ritual bath for women.

The Museum's collection is essentially composed of books, traditional objects of the Hebrew culture, objects of worship, souvenirs of visitors and funerary tombstones of relevant Jewish personalities, coming from various parts of Portugal.

The name of the Museum is a tribute to Abraão Ben Samuel Zacuto, a Jew born in the Spanish city of Salamanca in 1450, forced to take refuge in Portugal after the expulsion from Spain in 1492. Astronomer, mathematician, doctor and rabbi, he served King João II. In 1496, he published the important work Almanach Perpetuum in Leiria, with ephemeris tables that proved to be essential for the correct orientation of Portuguese navigators and the consequent success of the Portuguese enterprise of the Discoveries.

Since October 15 2019, after the improvement works in the Synagogue, the Interpretative Center of the Synagogue of Tomar has been installed here. It is a space open to the public, which shows the origins of Judaism, and above all information about the Jewish presence in the city of Tomar. 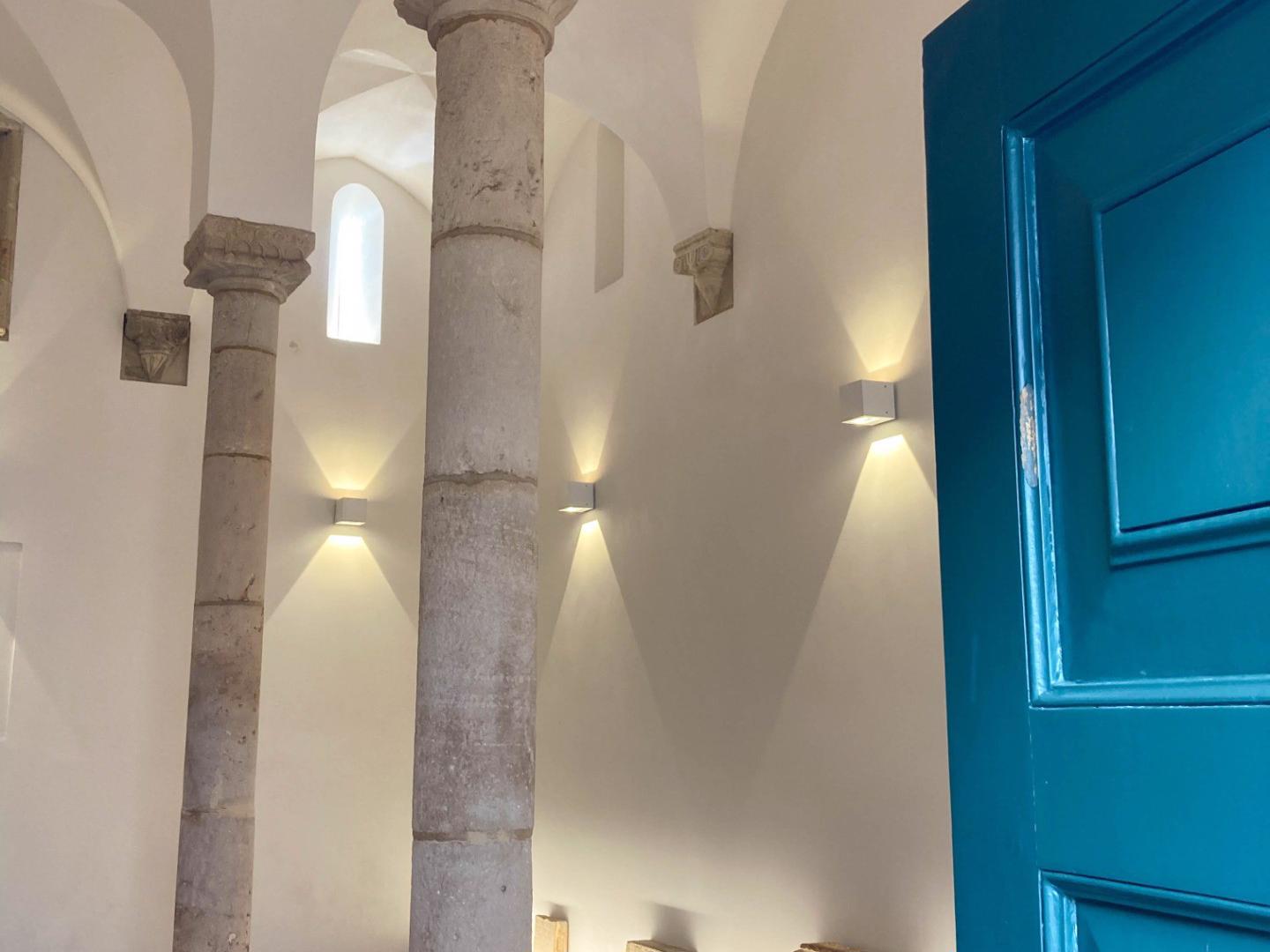 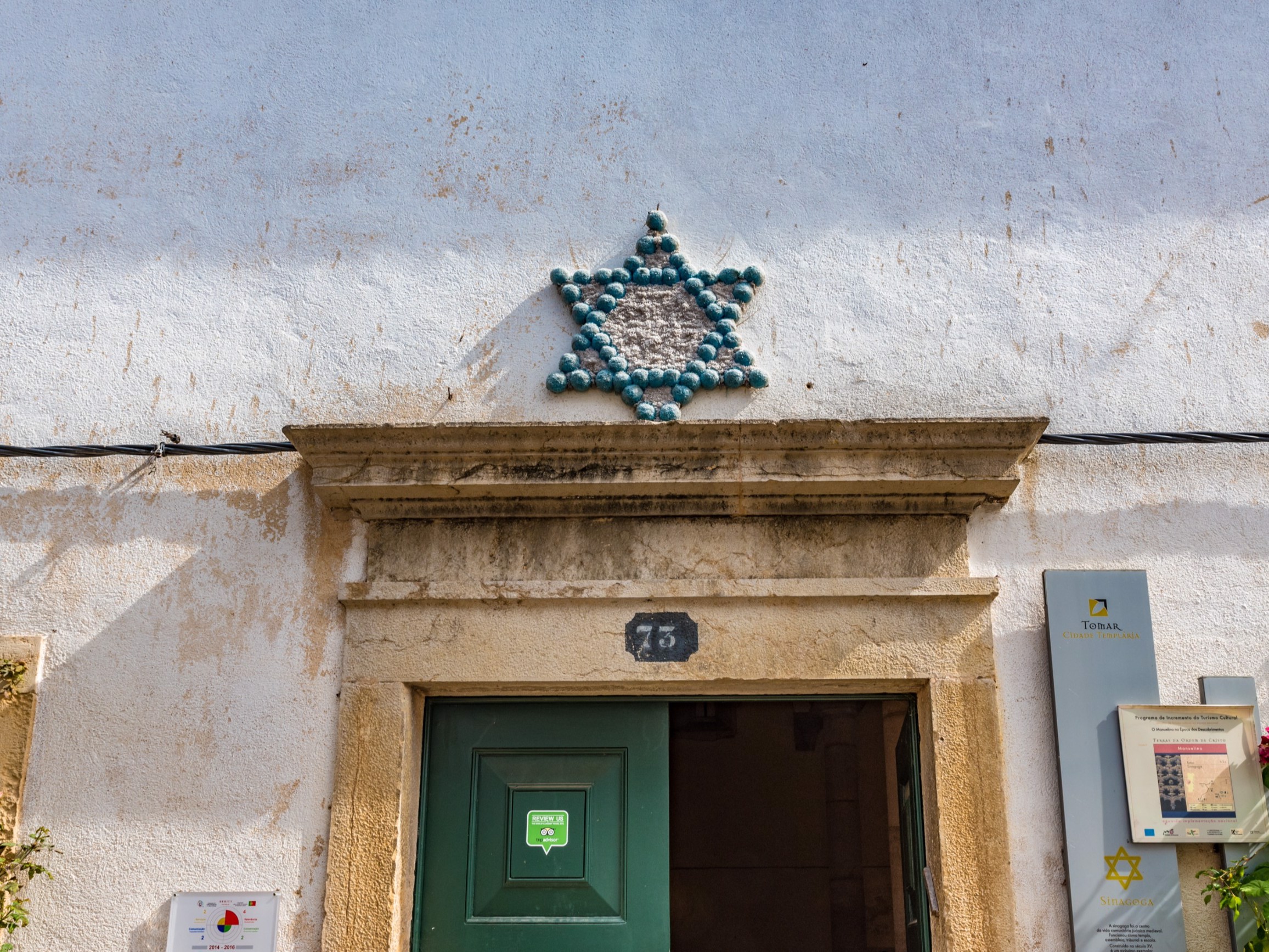 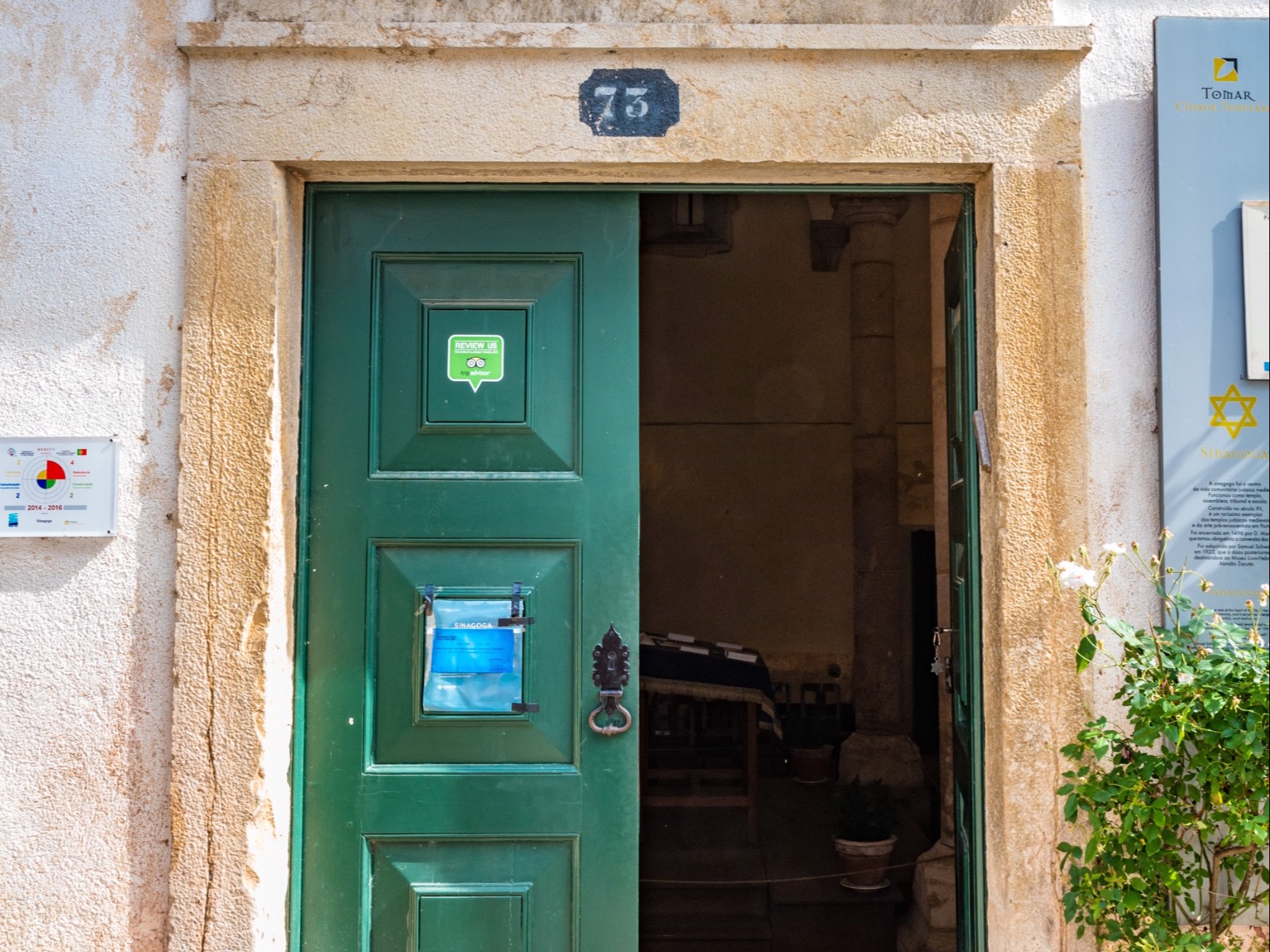 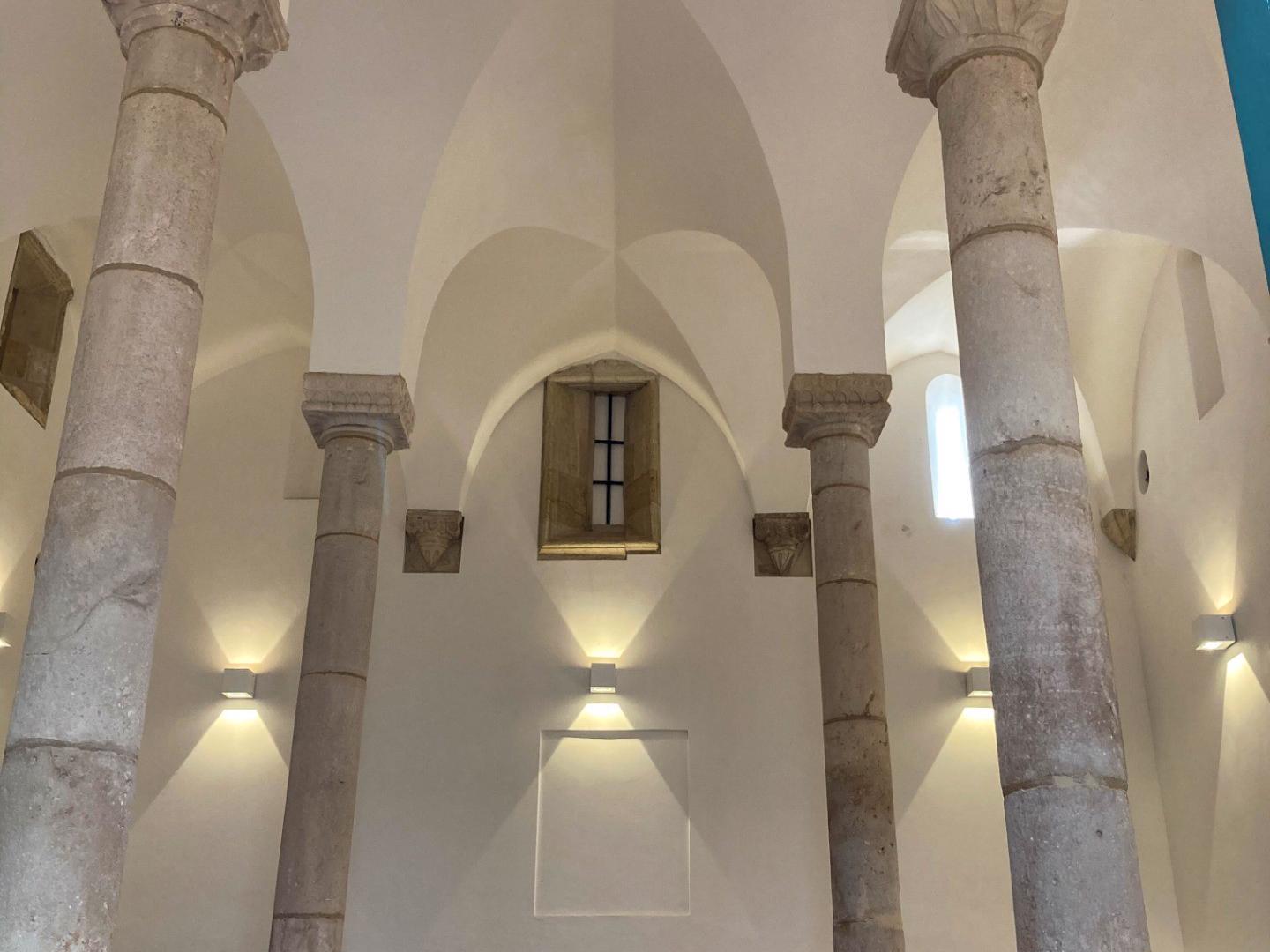 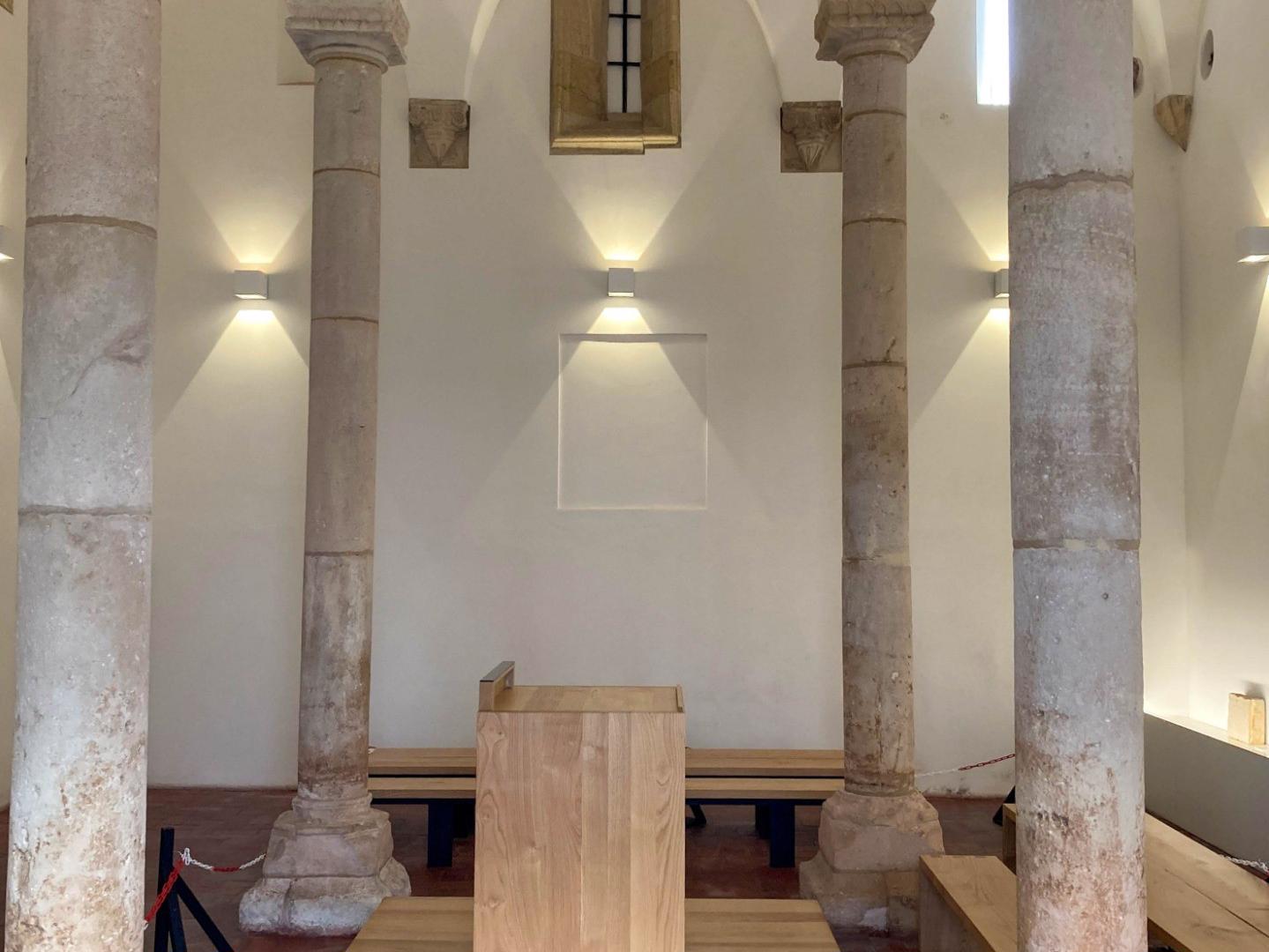 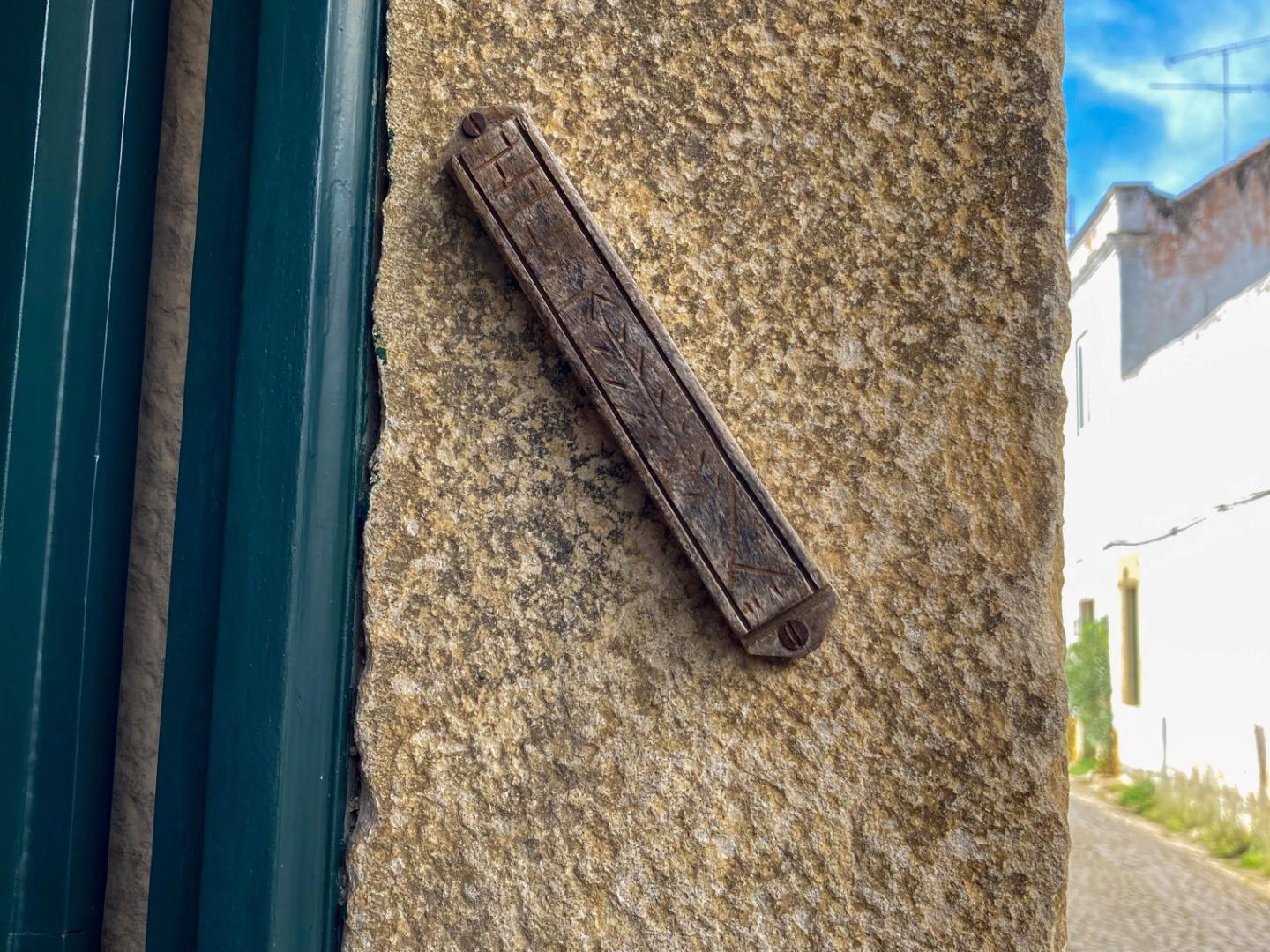 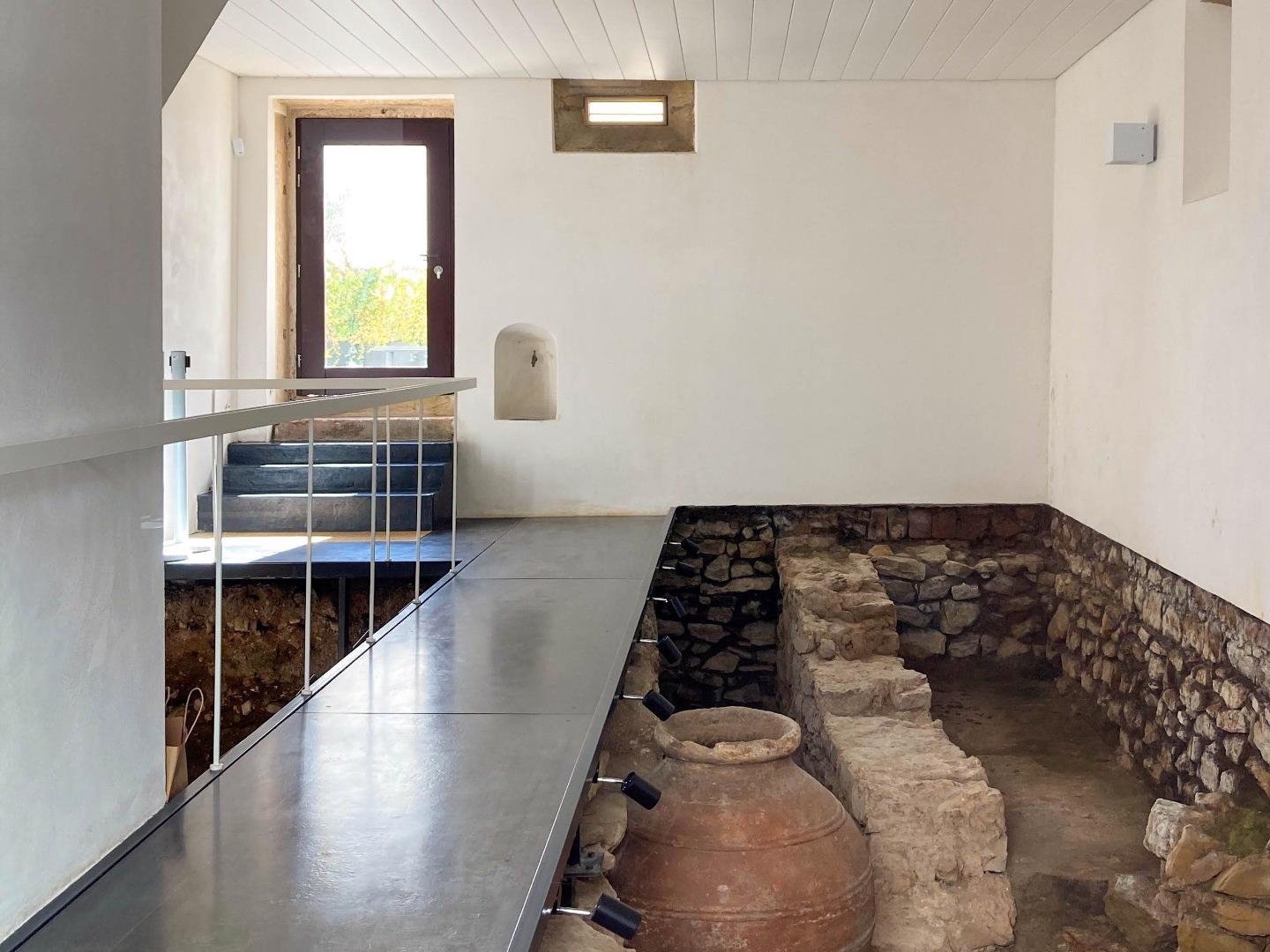 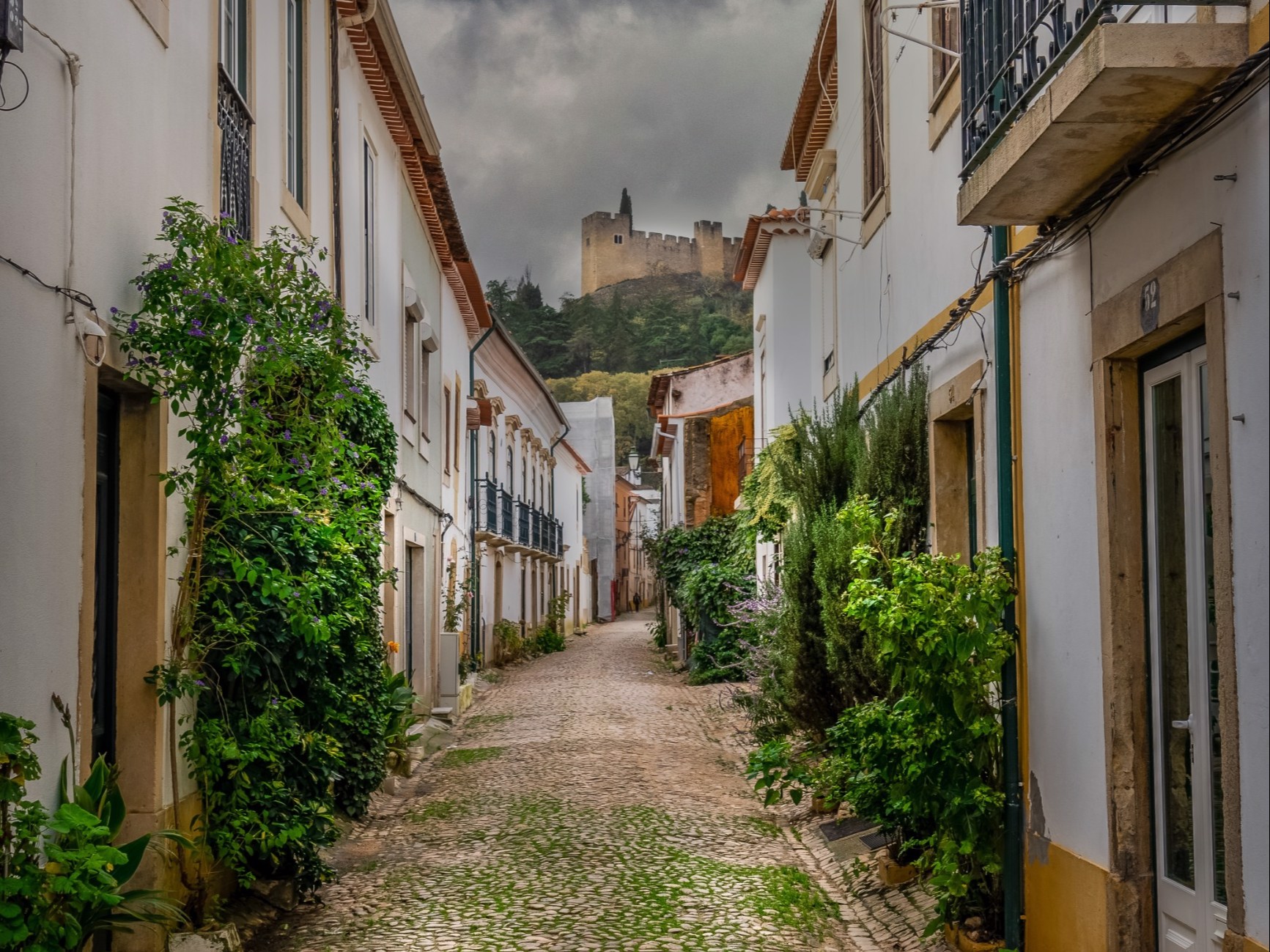 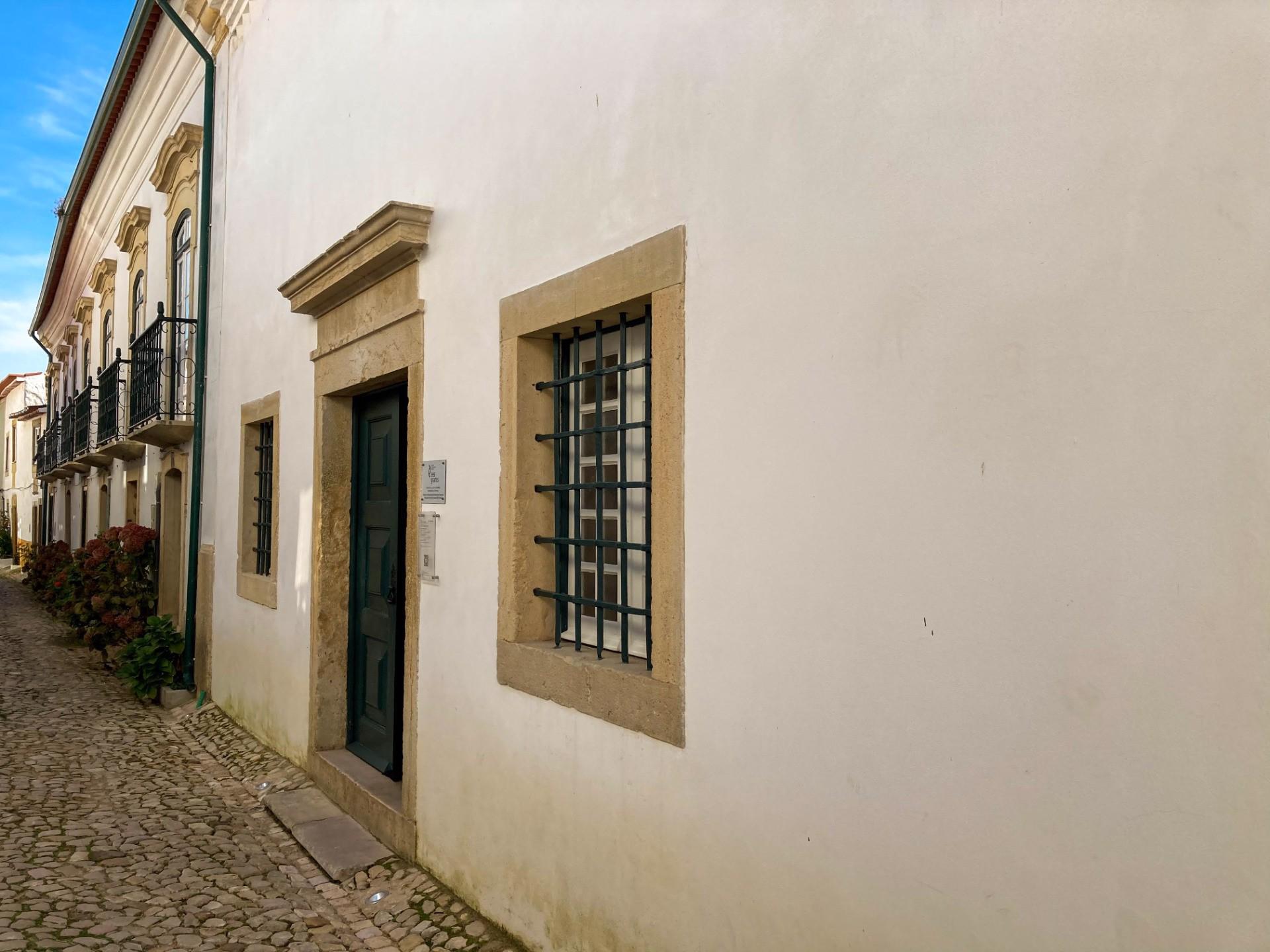