In the heart of the historic center of Tomar, the Statue of Gualdim Pais stands out in the center of República Square, between the Town Hall Building and the Church of Saint John The Baptist.

The inauguration of this monument took place on July 9, 1940. The city of Tomar thus paid tribute to its founder, evidence of the unquestionable relevance of the Knight Templar in the city. In 1895, on the seventh centenary of the death of Gualdim Pais, it was the Tomar-born Vieira Guimarães (renowned doctor, professor and historiographer of the land) that suggested that the city should dedicate him this tribute - which only happened 45 years later.

Gualdim Pais was a Portuguese crusader, born in Amares in 1118, who ended up being inexorably associated with the history of Tomar. He was Knight of King Afonso Henriques between 1128 and 1185, and the founder of the city of Tomar, where the Order of the Temple was based, and of which he became Grand Master.

It was in 1159 that Afonso Henriques, Portugal's first king, donated this territory to the Order of the Temple, as a reward for the assistance provided in the establishment of the kingdom and for the great military achievements. A year later, it was the Templar Knights and the Grand Master Gualdim Pais who ordered the construction of the Castle and its magnificent Charola, and founded the town of Tomar. Gualdim Pais granted charter to the new town of Tomar in 1162.

On the opposite bank of the river, on the ruins of an old monastery, they built the Church of Santa Maria do Olival, for it to be the final home of the Templar Masters, the Pantheon of the Order of the Temple. Gualdim Pais himself, who died in 1195, was buried there. Currently, the tombstone of Gualdim Pais is on the wall of the second chapel, to where his remains were transferred. 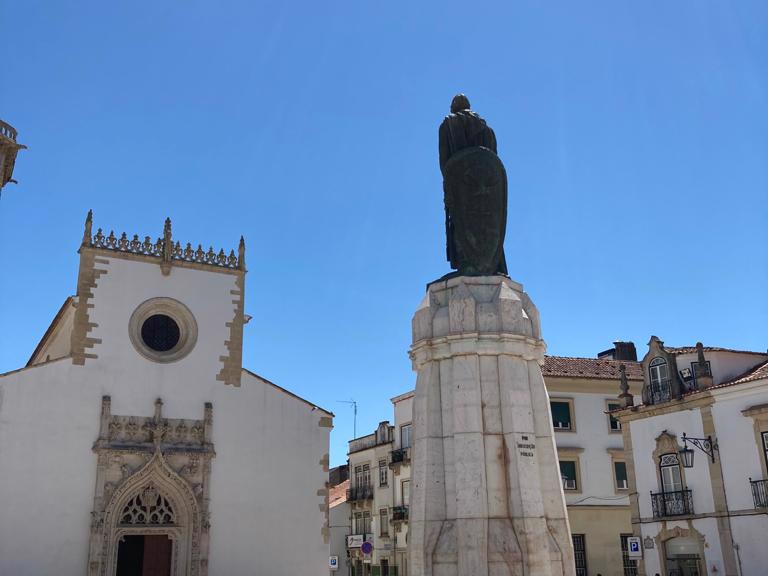 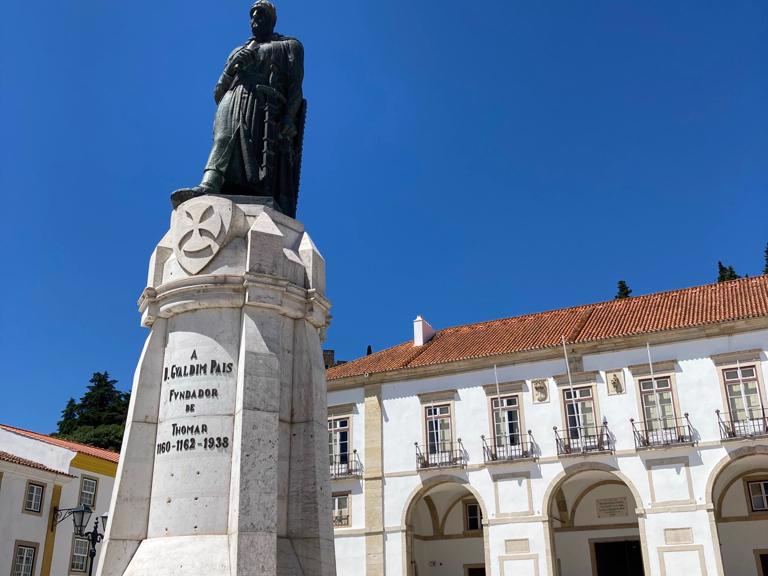 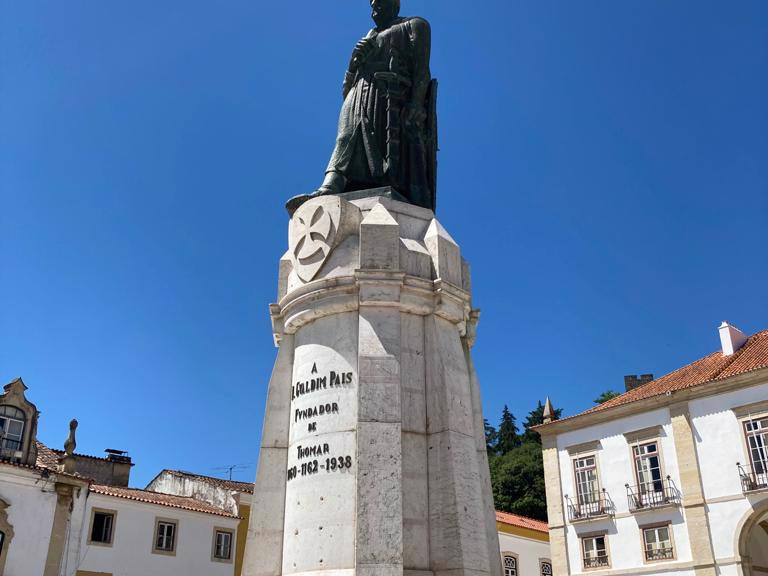 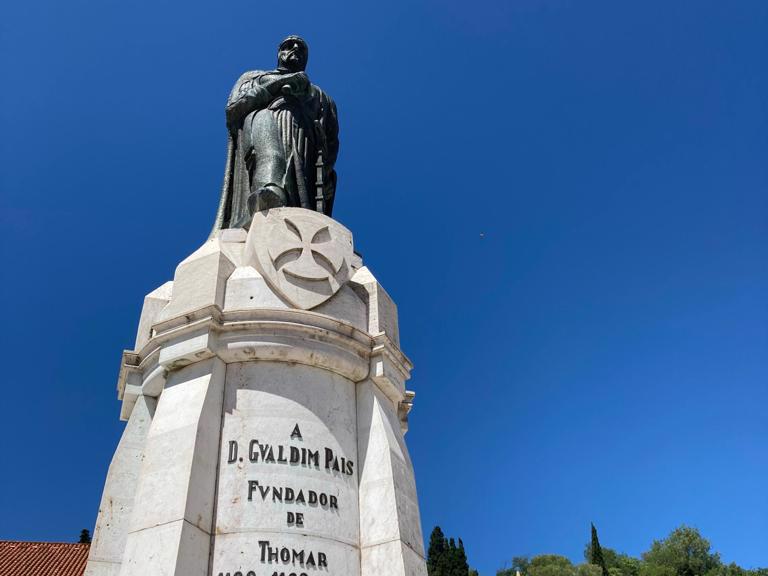 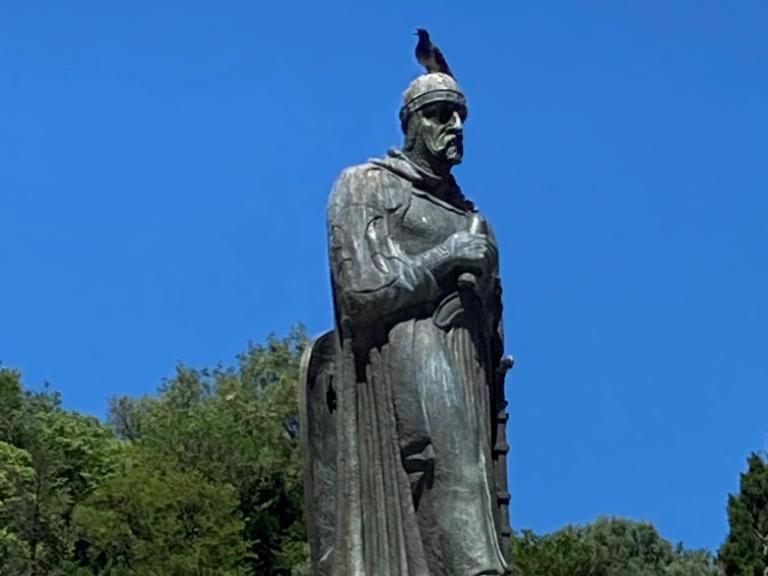 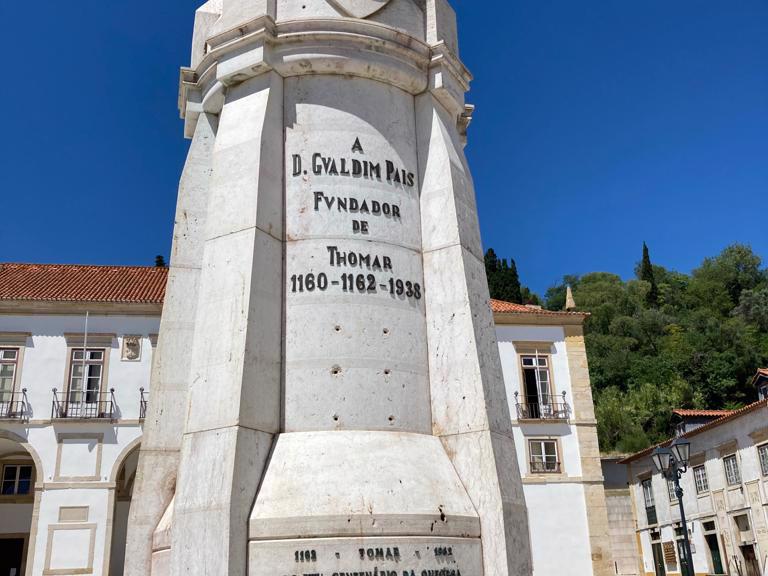