The construction of the Convent of Christ Aqueduct, also known as the Pegões Altos Aqueduct, in Tomar, was ordered by King Filipe I, with the objective of supplying water to the Convent of Christ. The project of this aqueduct was developed in 1584 by Filipe Terzi, renowned chief architect of the Kingdom, but the actual work began later in 1593. After the death of Filipe Terzi, the works were carried out by the architect Pero Fernandes de Torres.

The first phase of the project was completed in 1614 and its inauguration was attended and presided by King Philip II, who travelled to Portugal for the occasion, according to the inscription engraved on the monument. This first phase led the waters to a reservoir that held the water, located in the area of ​​the Convent Fence. It was only later, in 1616, under the direction of the architect Diogo Marques Lucas, that the work was completed; the pipeline was extended to the Convent building, reaching the washbasins of the dormitories in 1617 and reaching the fountain of the main cloister in 1619, actual date of completion of the undertaking.

The Aqueduct covers about six kilometers, connecting the water from four springs located on the outskirts of the city of Tomar, in the place of Pegões, to the Convent of Christ. It consists of a total of 180 perfect round arches and represents one of the most important construction works of the 17th century in Portugal.

It consists of simple archery and two layers of overlapped arches in the area with the highest slope, precisely over the Pegões valley, where it reaches a height of 30 meters. It is this structure that gives it all its magnificence and beauty, being one of the most imposing Portuguese aqueducts.

The Convent of Christ Aqueduct has been classified as a National Monument since 1910. 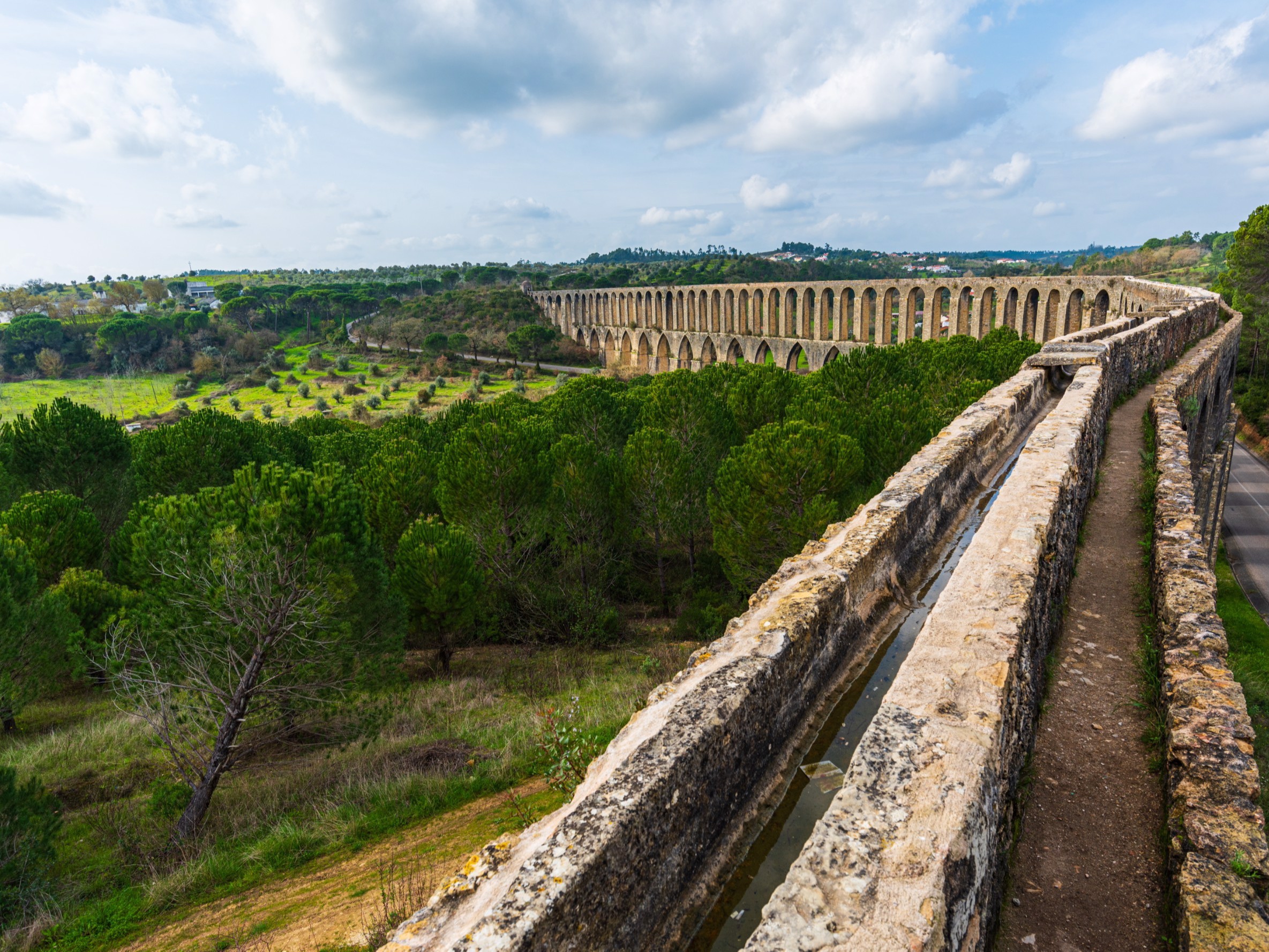 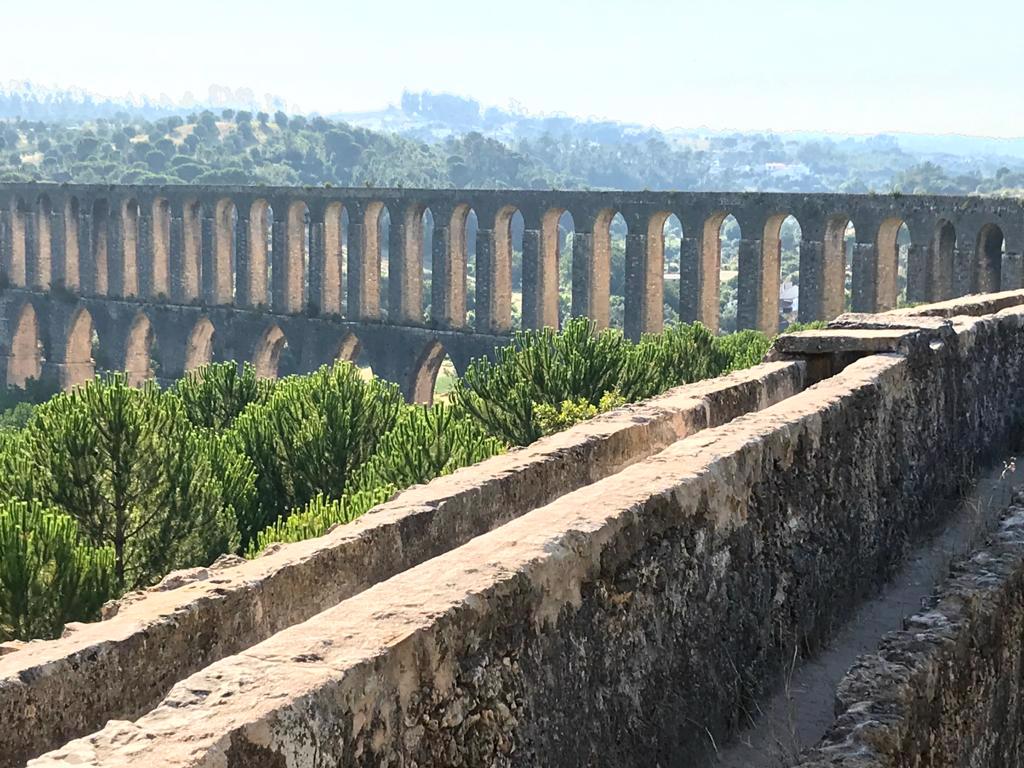 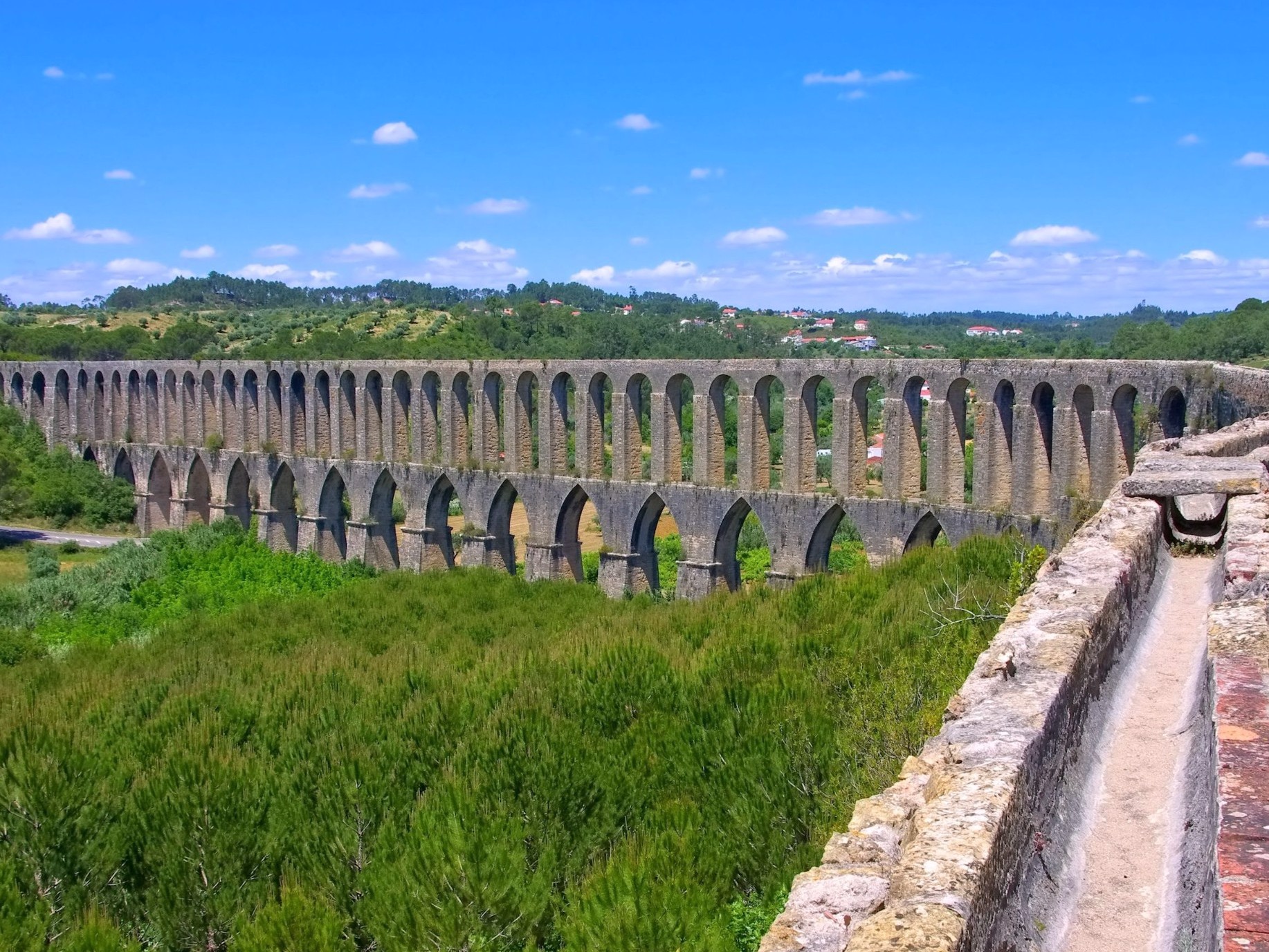 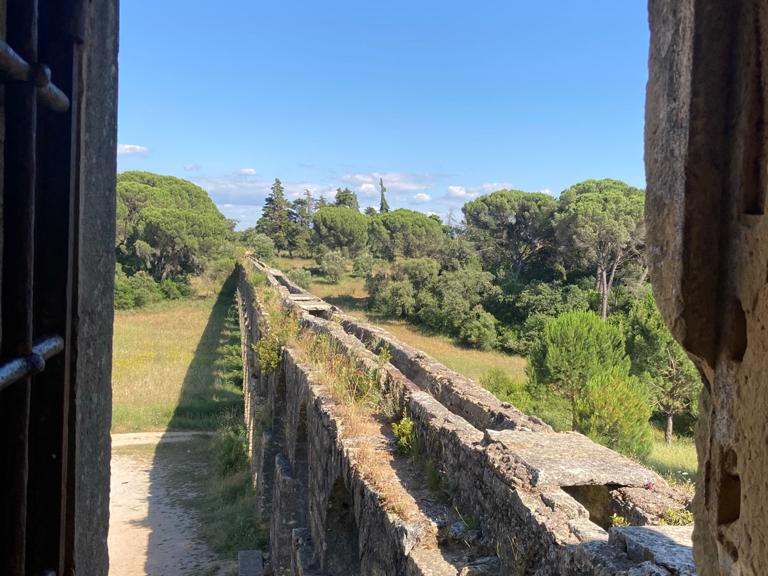 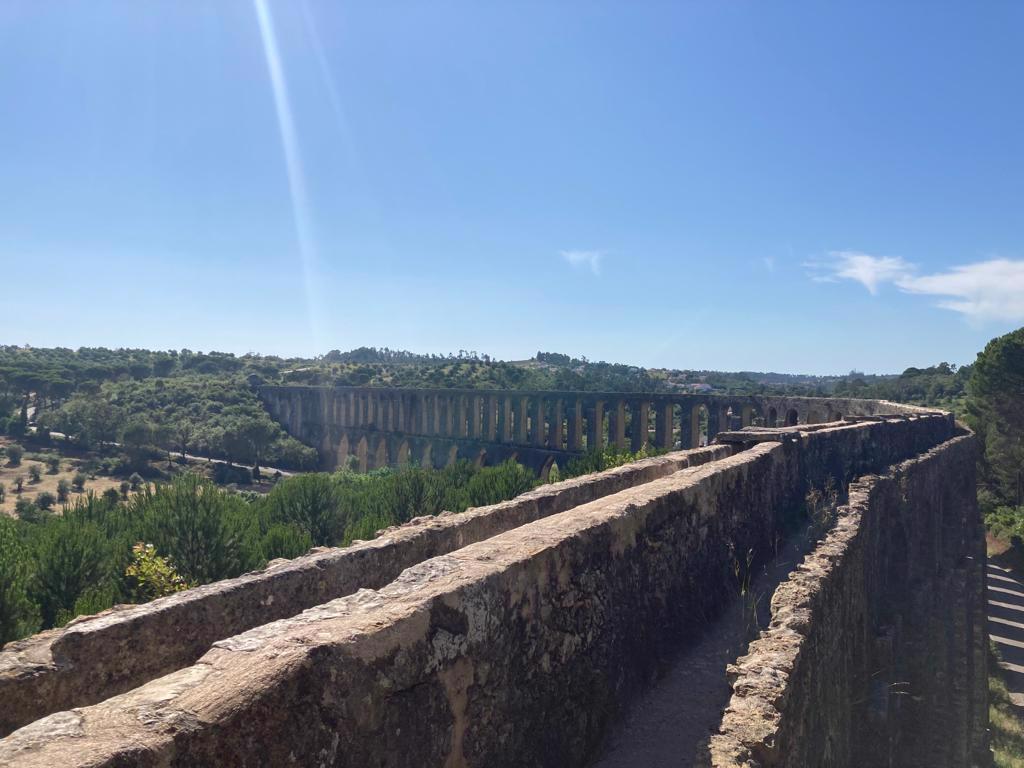 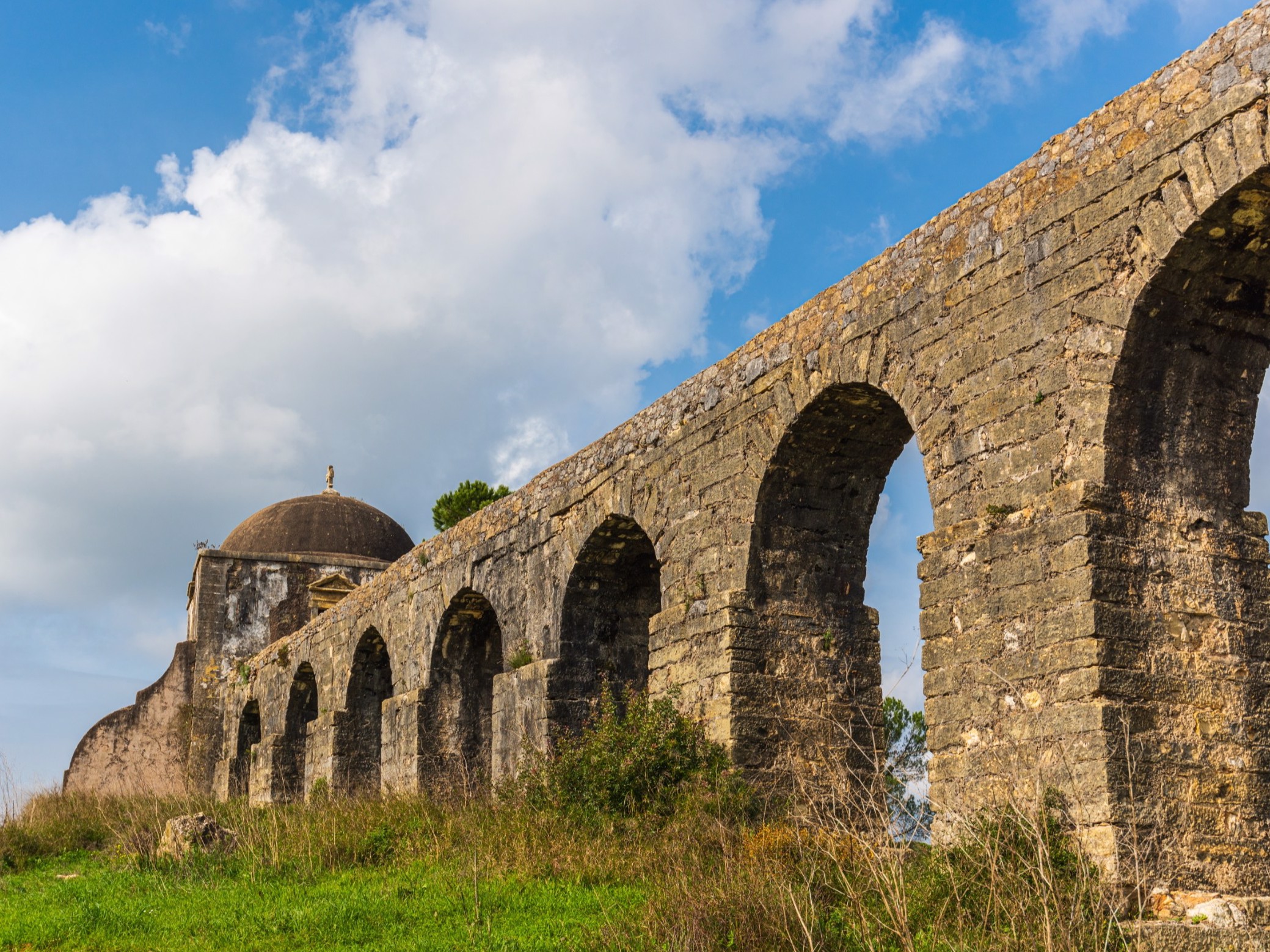 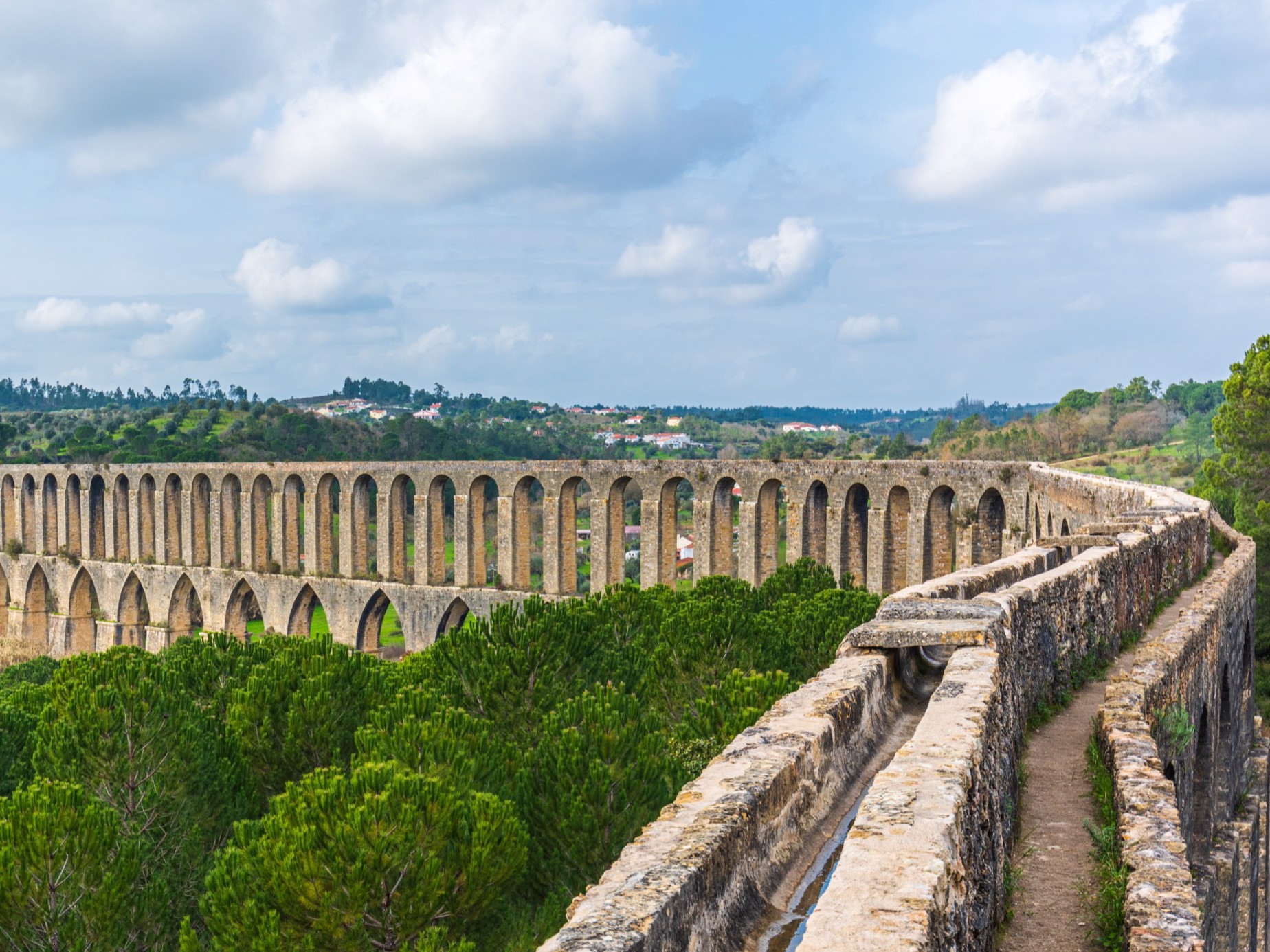 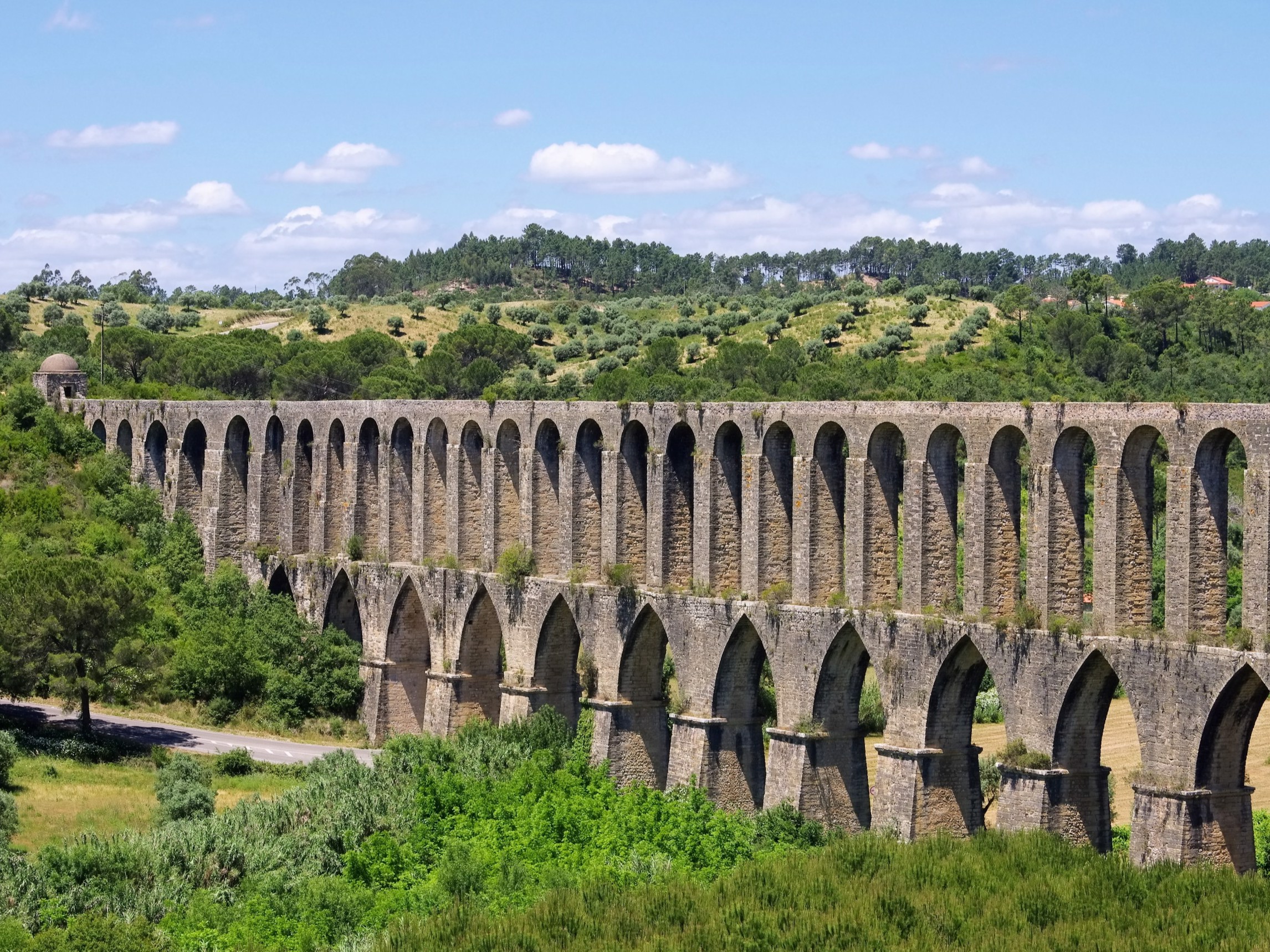 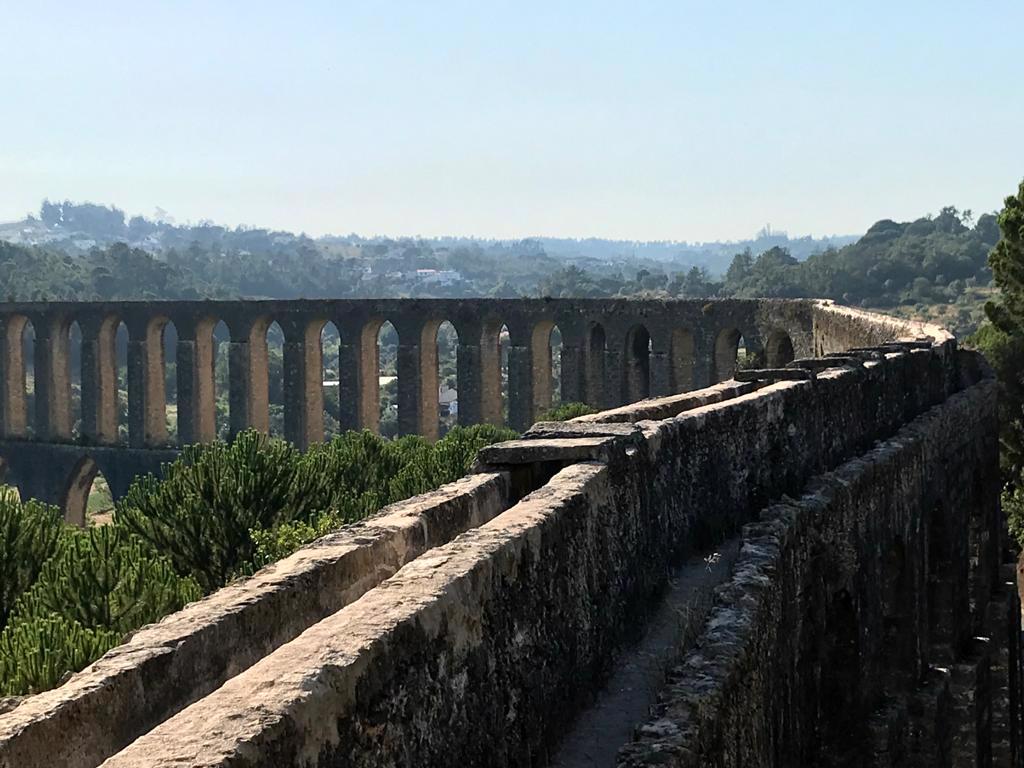 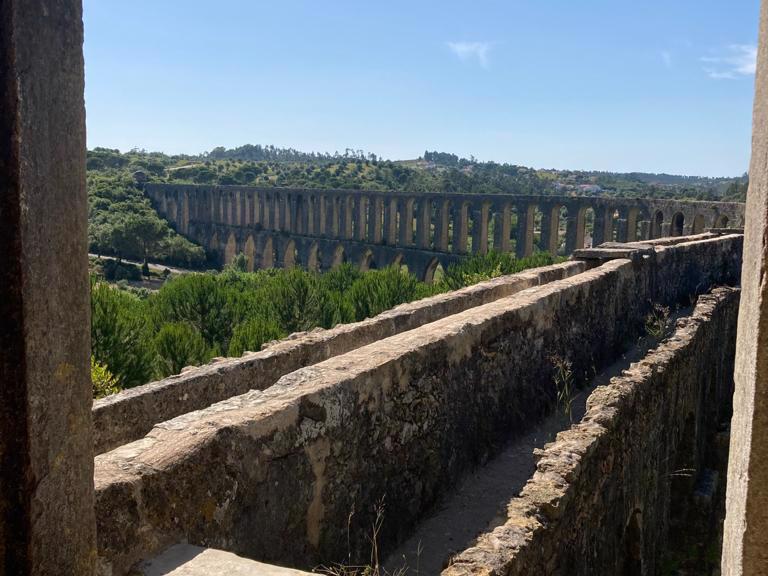 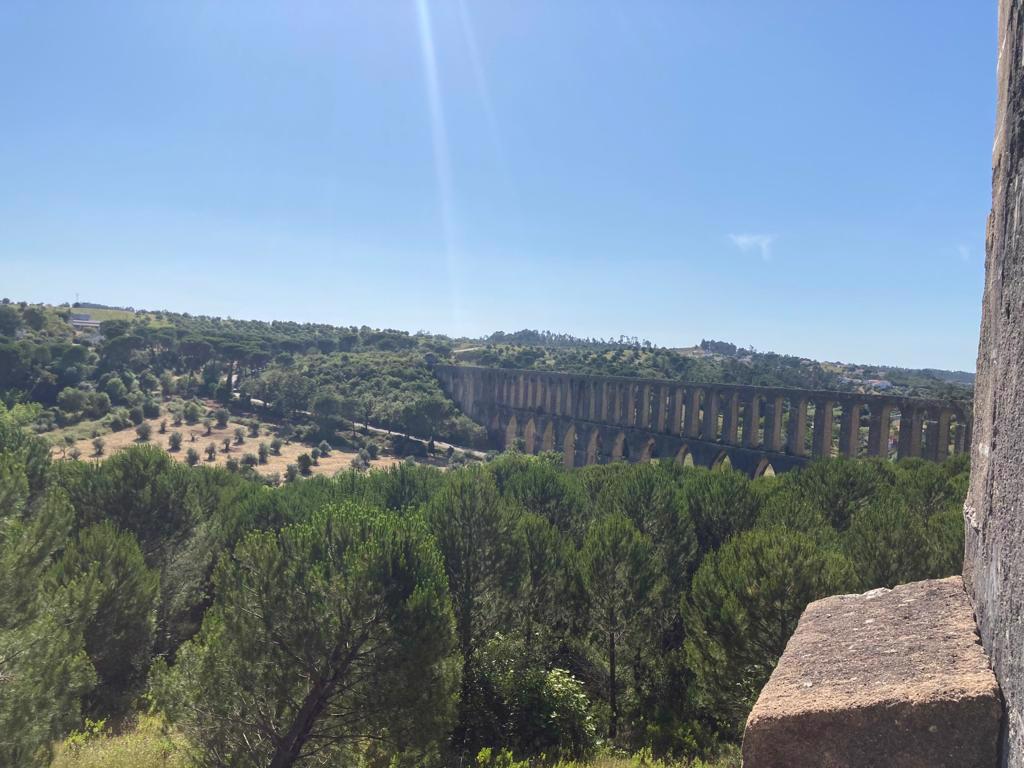