1. The Church of São João Baptista

Built side-by-side with Corredoura (traditional commercial street), this church was built in the 16th-century over existing 12th- century structures. The façade, in Gothic-flamboyant style, has a portal with alfiz. The Manueline octagonal clock tower has Visigothic motifs on its base (funerary pediment displaying two confronted animals flanking a fleur-de-lis). Inside the church, notable features include the painting attributed to the 14th-century artist Gregório Lopes and the Flemish triptych representing the Baptism of Christ.

This is the oldest synagogue in Portugal. It was built from scratch in the middle of the old Jewish Quarter set up by Prince Henry the Navigator and still preserves its original character. Closed after the expulsion of Jews by King Manuel I, it has served several purposes such as a jail and a warehouse. Today, it houses the Jewish Museum Abraão Zacuto. Of the original elements, four columns and the acoustic system (clay pitchers embedded in the walls) still remain intact.

Lopes-Graça was born in Tomar in December 1906. Some personal belongings and his birth certificate can still be seen in the building where he was born, now converted into memorial house. Music scores and other items bear witness to his intense artistic and political activity.

The first Charter granted to Tomar by D. Gualdim Pais (1162) already associated this riverside area with mills for grinding cereals and olive presses.

Prince Henry the Navigator, appointed governor of the Order of Christ by his father, King João I, has lived in Tomar. Among other works, he ordered the construction of the Estaus or Paços da Ribeira, hostels designed to lodge the people who came to the city on the orders of the Prince such as officials of the kingdom and nobles.

In the 15th century, it has served as a warehouse for goods such as cereals, vegetables, wine and olive oil received by the Order of Christ as payments in kind. Recently renovated, it has been specifically designed for tourism and cultural purposes for which it has received several international awards for architecture.

7. The Church of Santa Maria do Olival

Built over a former Benedictine monastery, this 13th-century Gothic church has, since the early beginnings of the nation, contained the spirit of the Knights Templar. It has served as a Pantheon for Templar Masters such as D. Gualdim Pais, whose tombstone can still be found there. In addition to the Templar vestiges, the rose and the bell tower (old Roman watchtower) are also outstanding features. The side chapels date back from the 14th-century renovation.

8. The Chapel of Santa Iria

Old secluded retreat, the Convent of Santa Iria has been built over a Visigothic monastery. It has been stage to the martyrdom of the city’s patron saint, Santa Iria. Rebuilt in the 16th century, the church boasts a decorated portal and window in renaissance style. The “Calvary”, altarpiece attributed to João de Ruão, dominates the Valles Chapel.

9. The D. Manuel I Bridge or Old Bridge

Locally known as “Ponte Velha”, it has been subjected to many changes across the centuries, especially in the 16th century, but still preserves its Roman architectural character.

A legacy from the Arabs, this water wheel is an ex-libris of the city! Made of wood and boasting a series of clay paired buckets, it is an echo of past times when it drove mills and olive presses and irrigated the crops along the river banks.

Twentieth-century building that houses an interesting Portuguese contemporary art collection donated by Professor José Augusto França, an illustrious art historian and critic born in Tomar, as a sign of the friendly relations he has always maintained with his hometown. The City Hall gallery for temporary exhibitions is part of this art center.

With the foundation of the Order of Christ arises, in lands which already belonged to the Templars, this walled forest area known as Cerca do Convento, a secluded farmland which would later be served by the Philippine irrigation system. This city lung is the ideal location for a stroll and for discovering bucolic retreats such as the Charolinha, a classic miniature temple in Romanesque style.

Built by order of D. Gualdim Pais in 1160, in the image of Middle East castles, it boasts evidences of defense techniques, such as the alambor adossed to the great outer wall, which proved to be quite efficient in the battles against the Moors during the reign of King Afonso Henriques. It was divided into three parts: the Almedina – the beginning of the village; the Arms Square and the Citadel with the military zone and Keep. The castle walls also comprised the Charola, a religious rotunda-shaped building which has later been adapted to serve as top of the nave of the Manueline church. In the 14th century, with the construction of the Convent of Christ, it has undergone major alterations.

Incorporated in the Castle grounds and built from the 12th-century Charola, the Convent was home to the Order of Christ from the 14th century onwards. This colossal building bears witness to prominent figures of Portuguese history such as Prince Henry the Navigator who, apart from his own residence, ordered the construction of two cloisters. The 14th-century church and cloisters date back to King Manuel I and his son João III. Filipe II, who became king at the Cortes de Tomar ordered the construction of the Main Cloister and other impressive works such as the Pegões Aqueduct.

Standing on the slopes of the castle hill, with a privileged view over the city, this chapel designed by João de Castilho is a superb example of the Renaissance style.

16. The Chapel of São Gregório

Exquisite 14th-century octagonal temple topped by renaissance dome. The door boasts a Manueline decoration that resembles the one in the Chapter Window of the Convent of Christ. 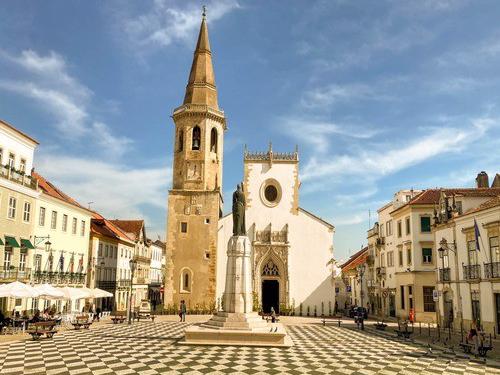 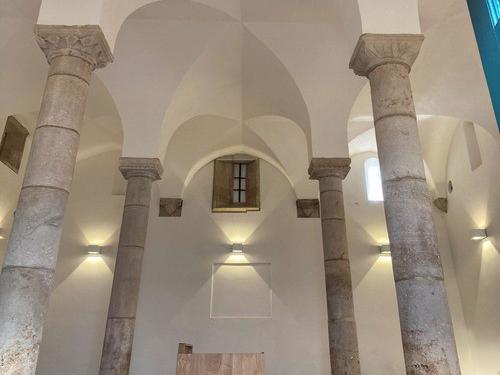 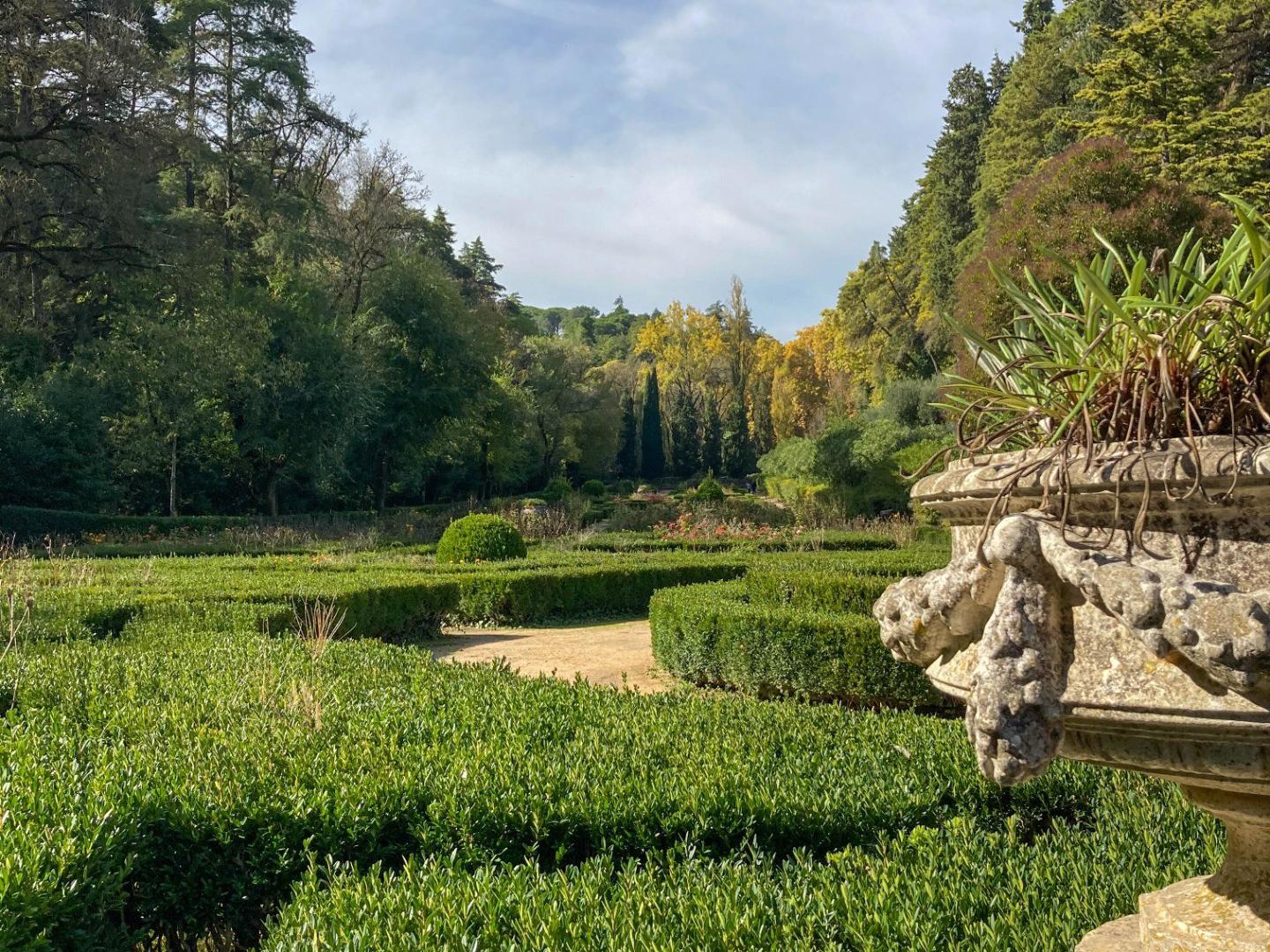