Closed to the public, from the 23rd to the 27th of May

This set was classified by UNESCO as a World Heritage Site in 1983. Its area is 54000 m2, with 40000 m2 of covered built area, which is equivalent to the area of an average medieval city. Objectively, it is the largest monumental area in Portugal and one of the largest in the world.

The Castle of Tomar was built by Gualdim Pais, Knight of King Afonso Henriques and Grand Master of the Templars, in 1160. Its construction is closely linked to the Christian Reconquest of the kingdom and the role assumed by the Order of the Temple in this process. The magnificent octagonal Charola is part of the Castle, a Romanesque sanctuary with a strong oriental influence that dates back to the late 12th century.

The beginning of the construction of the Convent is due to Henry the Navigator, who ordered the edification of his Residential Palace and the Washing and Cemetery cloisters. Later on, during the 16th century, another seven cloisters were added. Buildings with so many cloisters are very rare worldwide, which attests to the originality and magnificence of this work.

There are three aspects to consider in order to understand the greatness and importance of this place:

- the artistic, enshrined in each linear meter or square meter that you cross and of which the Main Portal, the Charola, the Chapter Window and the King João III Cloister are peaks of excellence;

- the functional one, which arises from the functions of accommodating the warrior monks and the cloistered monks, surrounded by the vast area of ​​forest, woods and cultivation area, for the spiritual retreat of the monks and the food supply of the Convent (Convent Fence);

- and that of a double meaning, firstly, the consolidation of a country and then its expansion throughout the world, at the service of Christ.

The Castle has three walled enclosures, in which the Charola and the Donjon stand out. The great innovation lies on the portentous structures at the base of the wall that guard and reinforce its defense. Between the fortress and the Charola, in the 15th century Residential Palace, there are traces of the Muslim occupation.

The architecture in Portugal is impressively documented here, asserting that the buildings evolve with the ones inhabiting them: the Charola or Templar Church of the Castle is, at its origin in the 12th century, Romanesque; the Gothic is shown in the cloisters of the time of Henry the Navigator; at the beginning of the 16th century, the Manueline style shows its exuberance in the Chapter Window; the expansion of the Convent, from King João III until the 18th century, reflects the Renaissance; Mannerism and Baroque marked the Guests Cloister and the Main Cloister in many ornaments.

The heritage and historical wealth of this monumental complex is widely praised and acknowledged.

The Chapter Window is the most symbolic of the five windows of the Convent’s Low Church Choir (the symbolism of the five Manueline windows thickens if we think of the five empires / Fifth Empire and Pentecost). Maximum exponent of Manueline Art, it has become an icon of Portuguese heritage filled with allusions to the Discoveries and the History of Portugal. Due to the profusion of characteristic Manueline decorative elements and intense symbolism, it is a reference of Portuguese Art. The façade in which it is embedded is an immense artistic piece that complements its meaning and highlights other references, including that the trays of the Trays Festival were inspired by the botanicals that flank that space.

The Charola was the Knight Templars’ oratory in the Castle. It’s a compact round structure of oriental influence from the 12th and 13th centuries, indisputably military with the aim of providing protection, in a reference to the Holy Sepulcher of Jerusalem. Inside, it accommodates, with a generous ambulatory, an octagonal central tambour of eight pillars composed of four adjoining columns each. At the beginning of the 16th century, a wide arch was torn for the Choir, whose illumination comes from the glass that integrates the decoration of the Chapter Window outside. This work from the beginning of the 16th century was commissioned from Diogo de Arruda. João de Castilho was in charge of the vaulted connection from the Choir to the Charola. The entrance, the portentous portal and the richly worked façade are also from Castilho. The decoration of the Charola consists of ornaments in the structure of the central tambour, paintings on the ring vault, mural paintings on the second floor of the tambour by Fernão Anes, 7 large boards (of the 14 originals that were on the outer wall of the ambulatory) with scenes from the life and passion of Christ by the painter Jorge Afonso, and wooden sculptures, representing angels, saints and prophets, as well as a Virgin with Saint John the Baptist, by Olivier de Gand.

The Main Cloister is the most important and emblematic cloister of the Convent of Christ. It was the cloister of retreats, processions and prayer. It is a very remarkable case of Renaissance architecture by Diogo de Torralva, although concluded by Filipe Terzi and started by João de Castilho. The cloister has two floors overlaid with the last one covered by a terrace – the Wax Terrace -, topped by a balustrade. The courtyard has a central fountain, in the shape of the Christ Cross by Pedro Fernandes de Torres, supplied at the time by the water of the Pegões Aqueduct, thus symbolically marking the arrival of water at the Convent.

On the walls of the Castle, the Almedina Door was the gateway to the almedina or inner city. By order of King João III, in the 16th century several works were carried out to adapt the Convent to a cloistered Order. The usefulness of the Door thus disappeared and it was closed down. It is also known as the "Blood Gate" as this is where the Muslim onslaught was contained in 1190, causing a great number of deaths.

In the 18th century, King João V intervened in the pulpit, altar, choir and main sacristy. With the acquisition of the complex in the middle of the 19th century by Costa Cabral, Count of Tomar, the first guard post of the Convent was created in 1843, and since then there has officially been a public cultural function dependent on the Ministry of Finance. Only in 1986, this service became administered by government officials responsible for Culture. 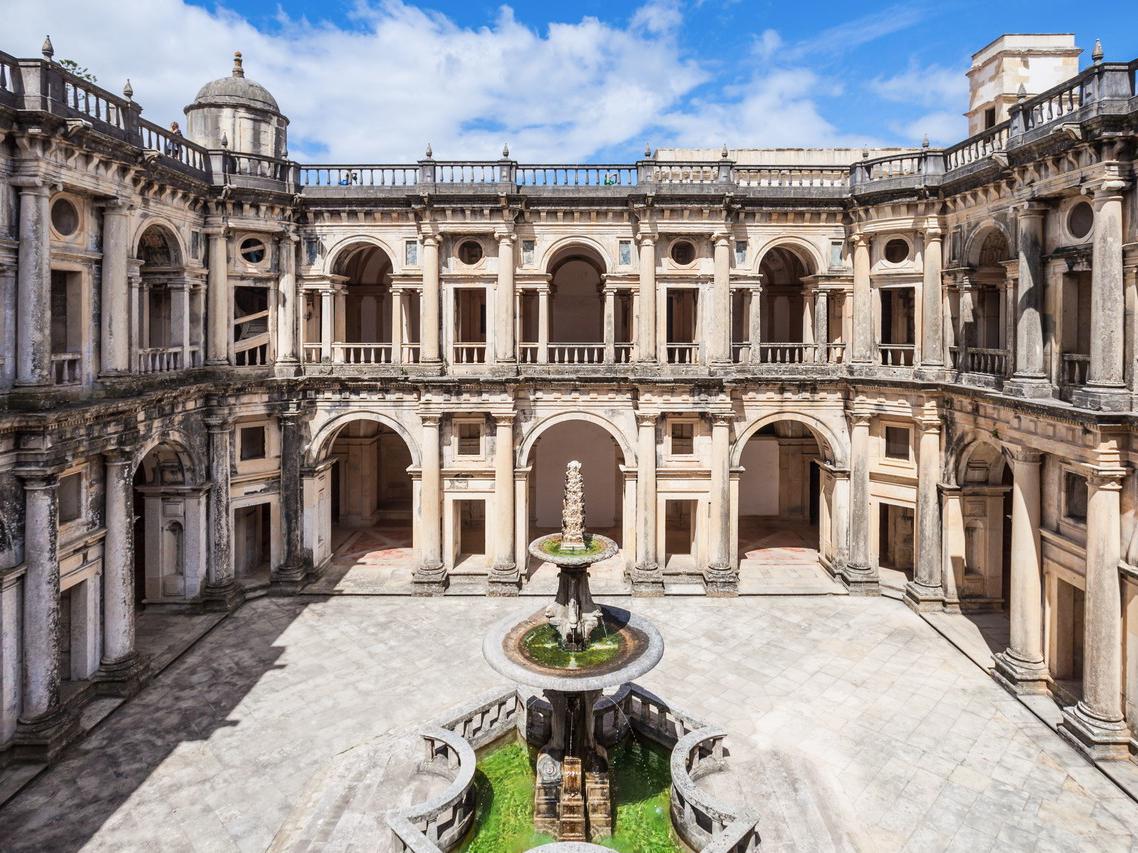 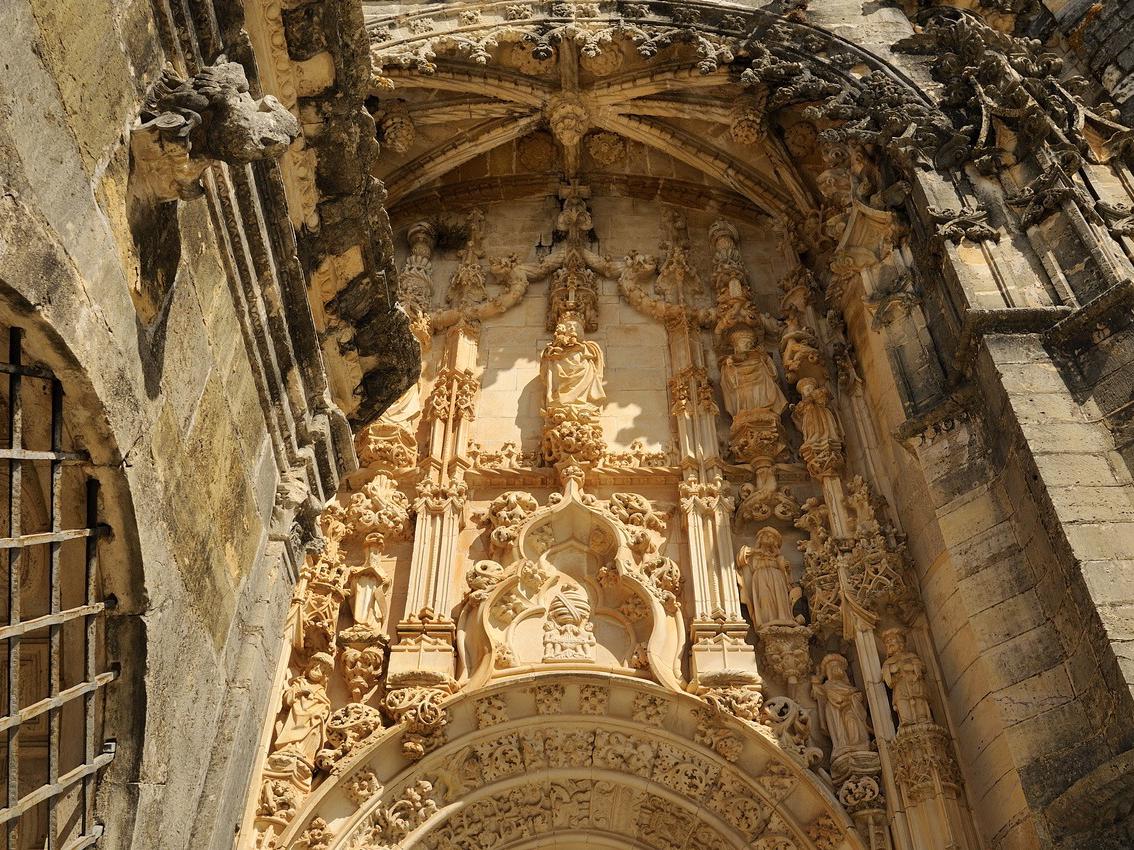 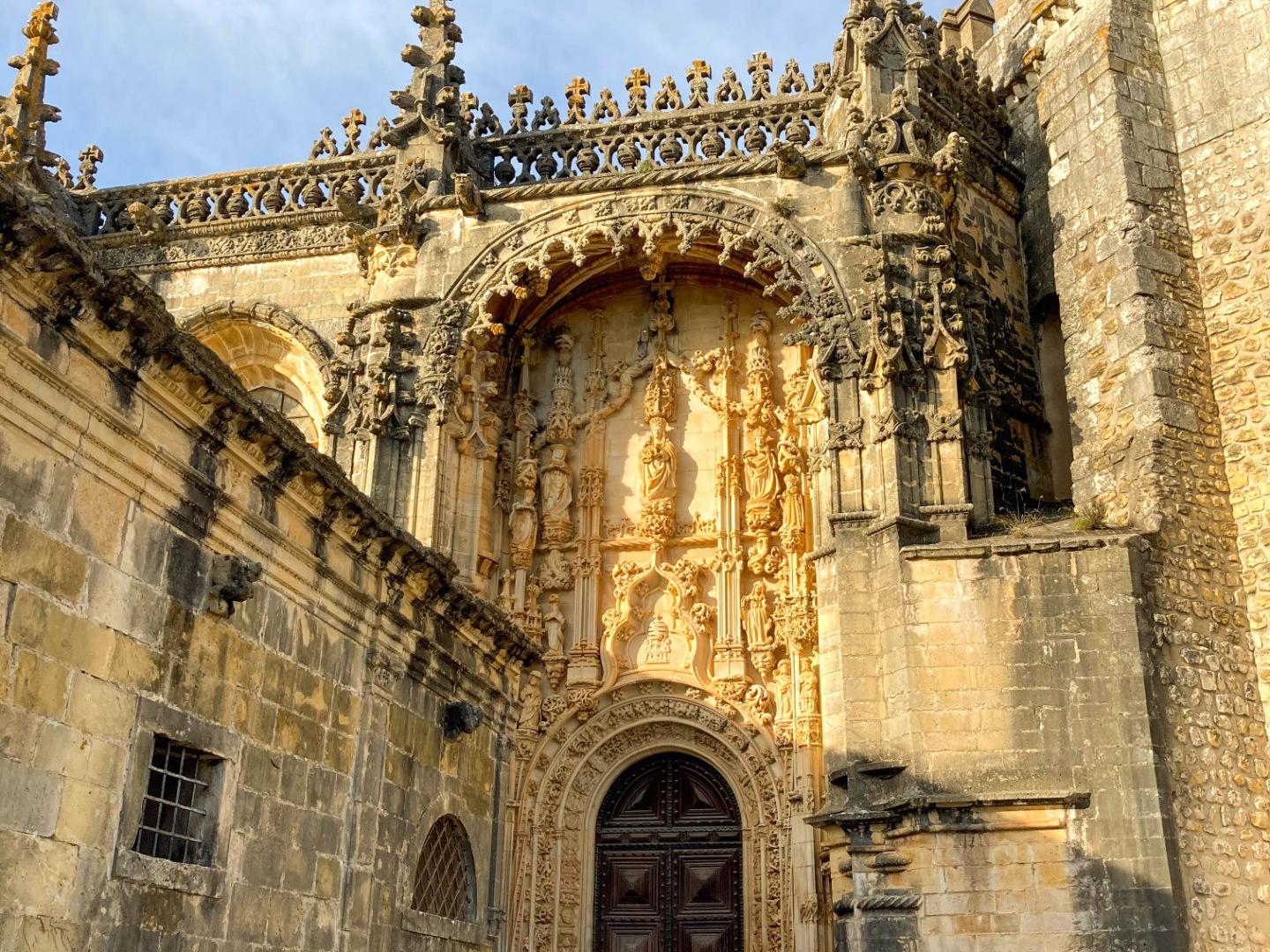 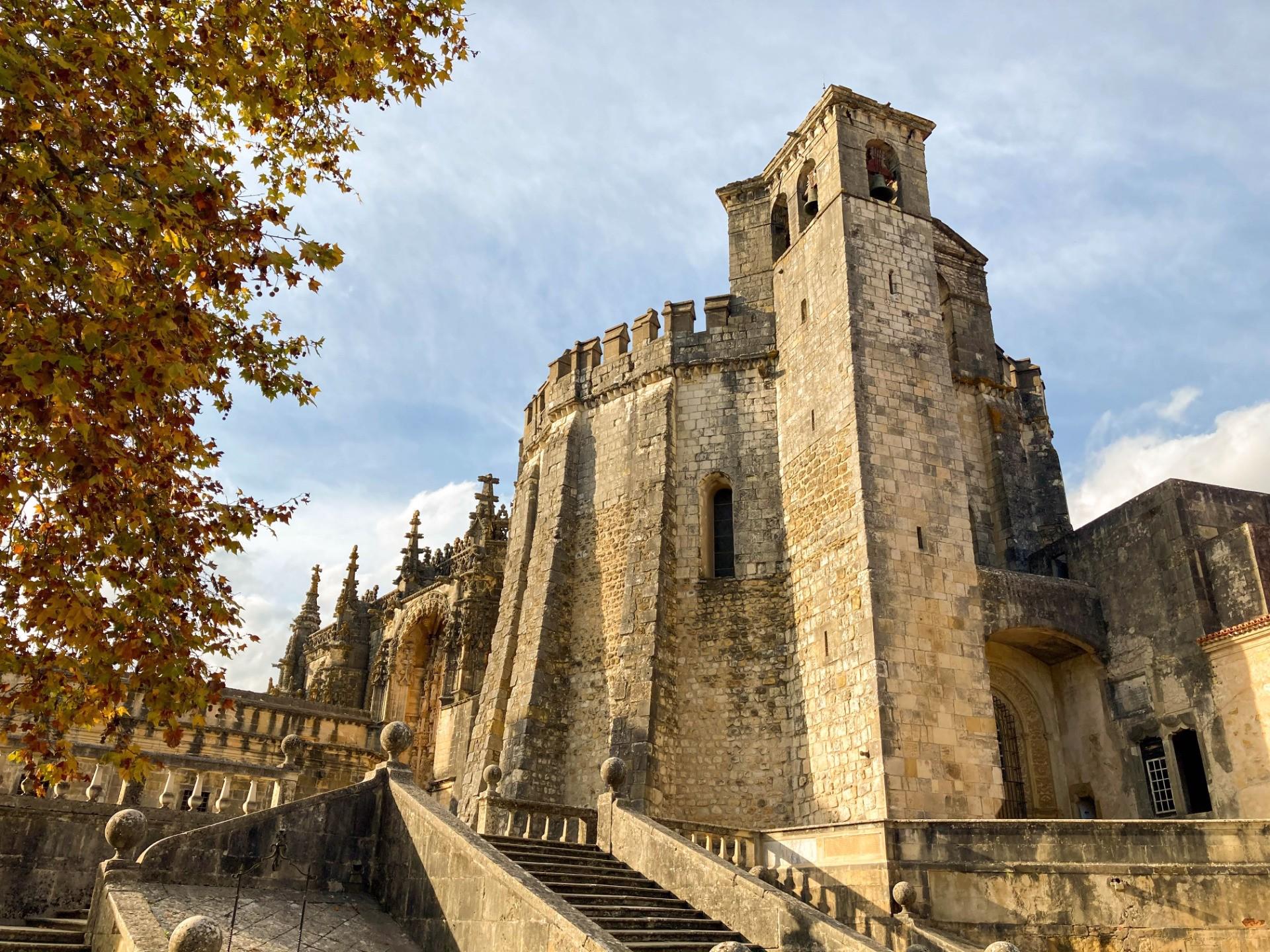 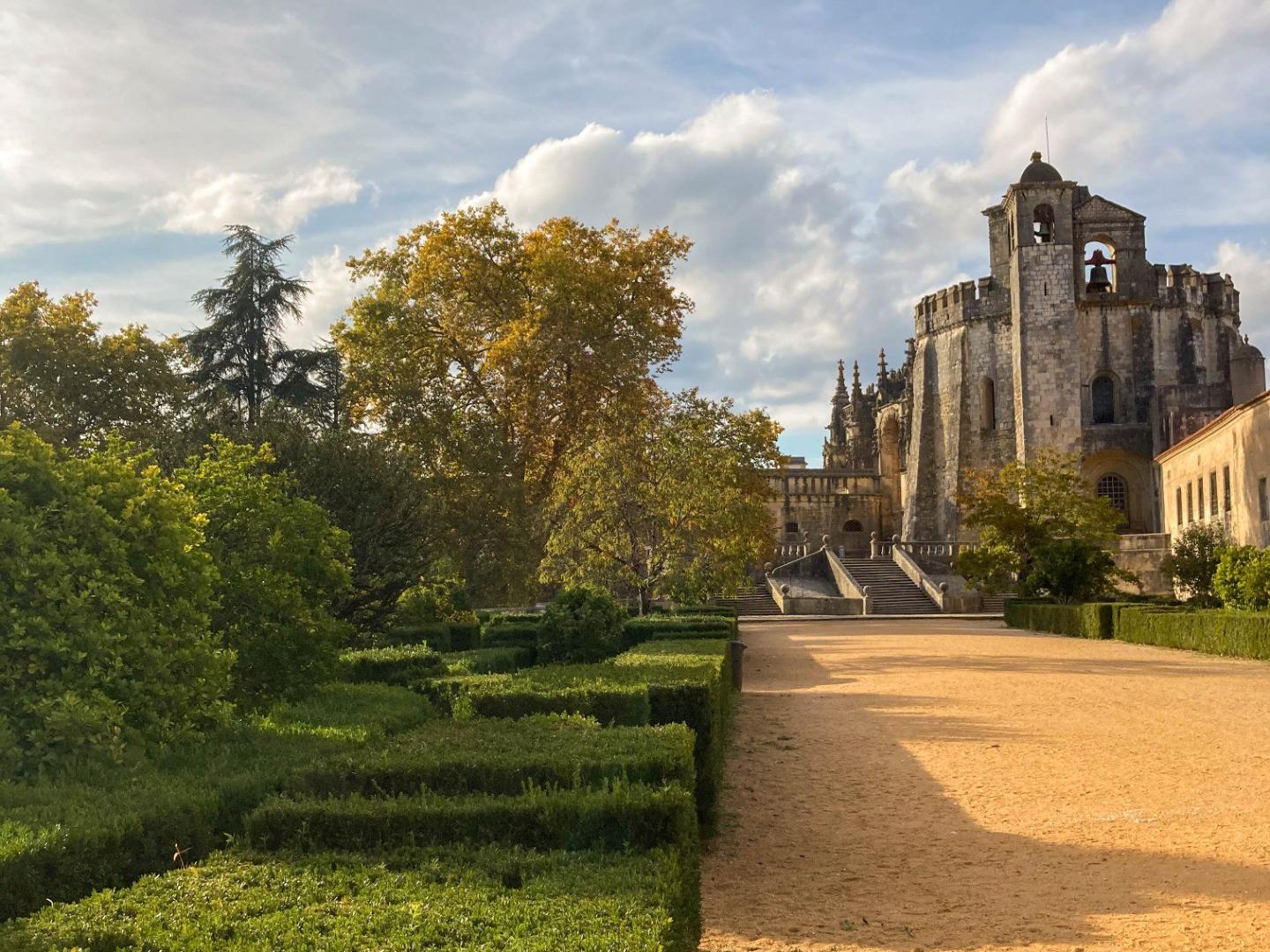 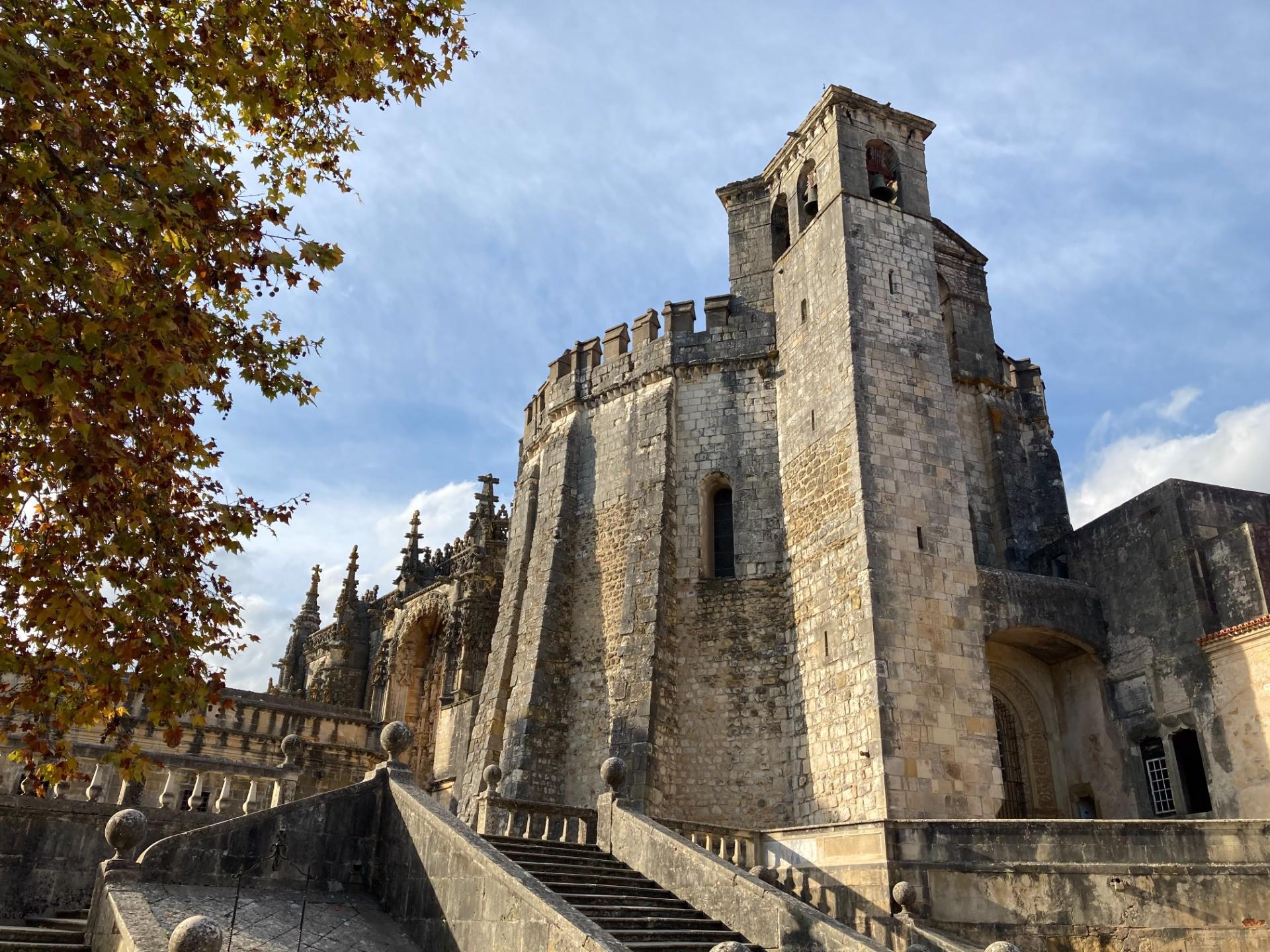 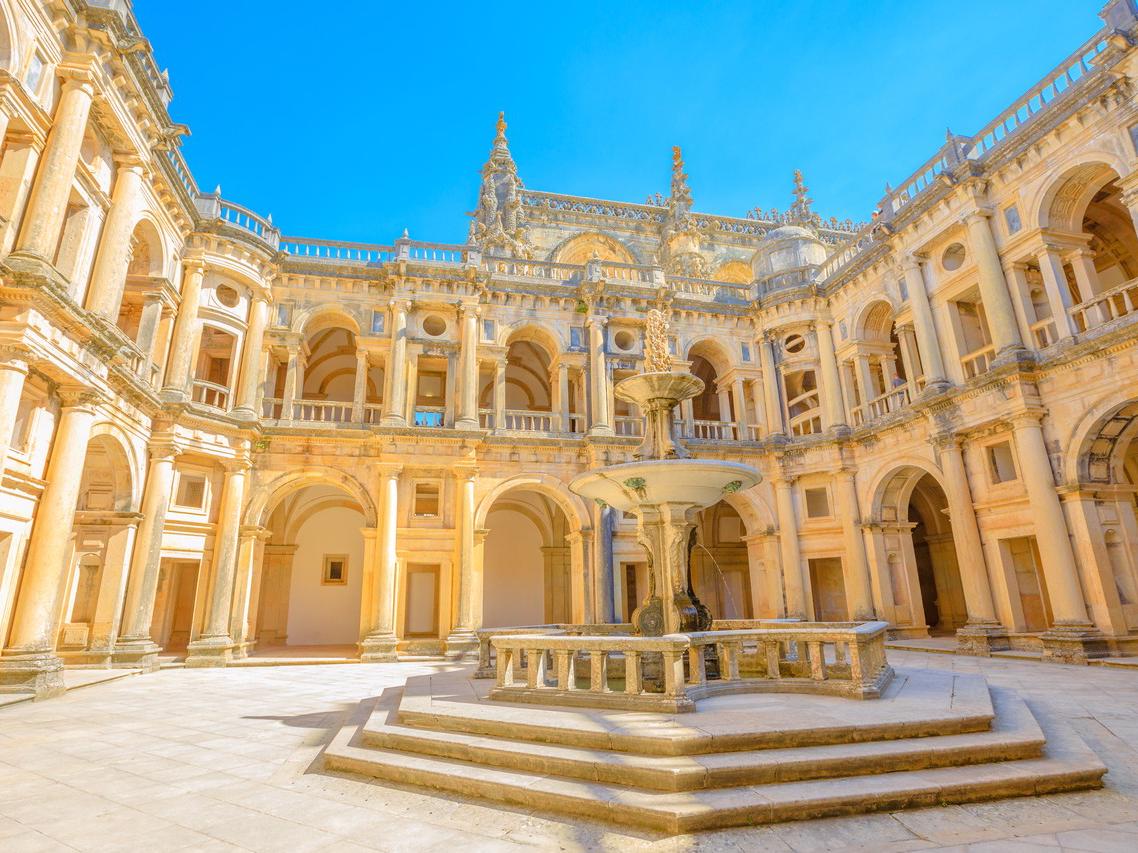 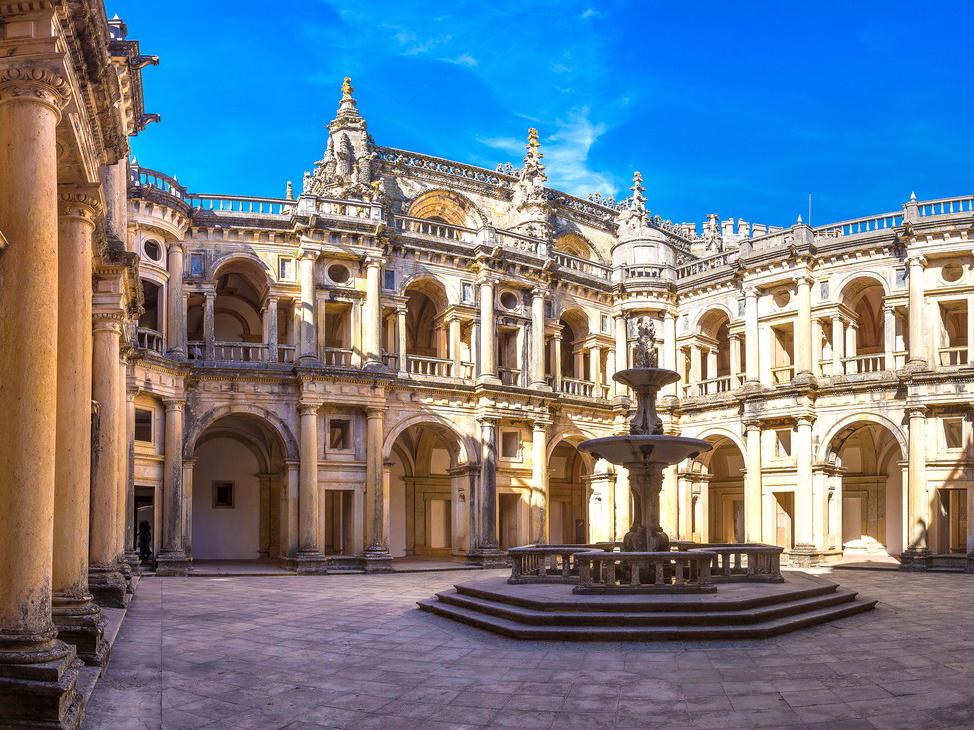 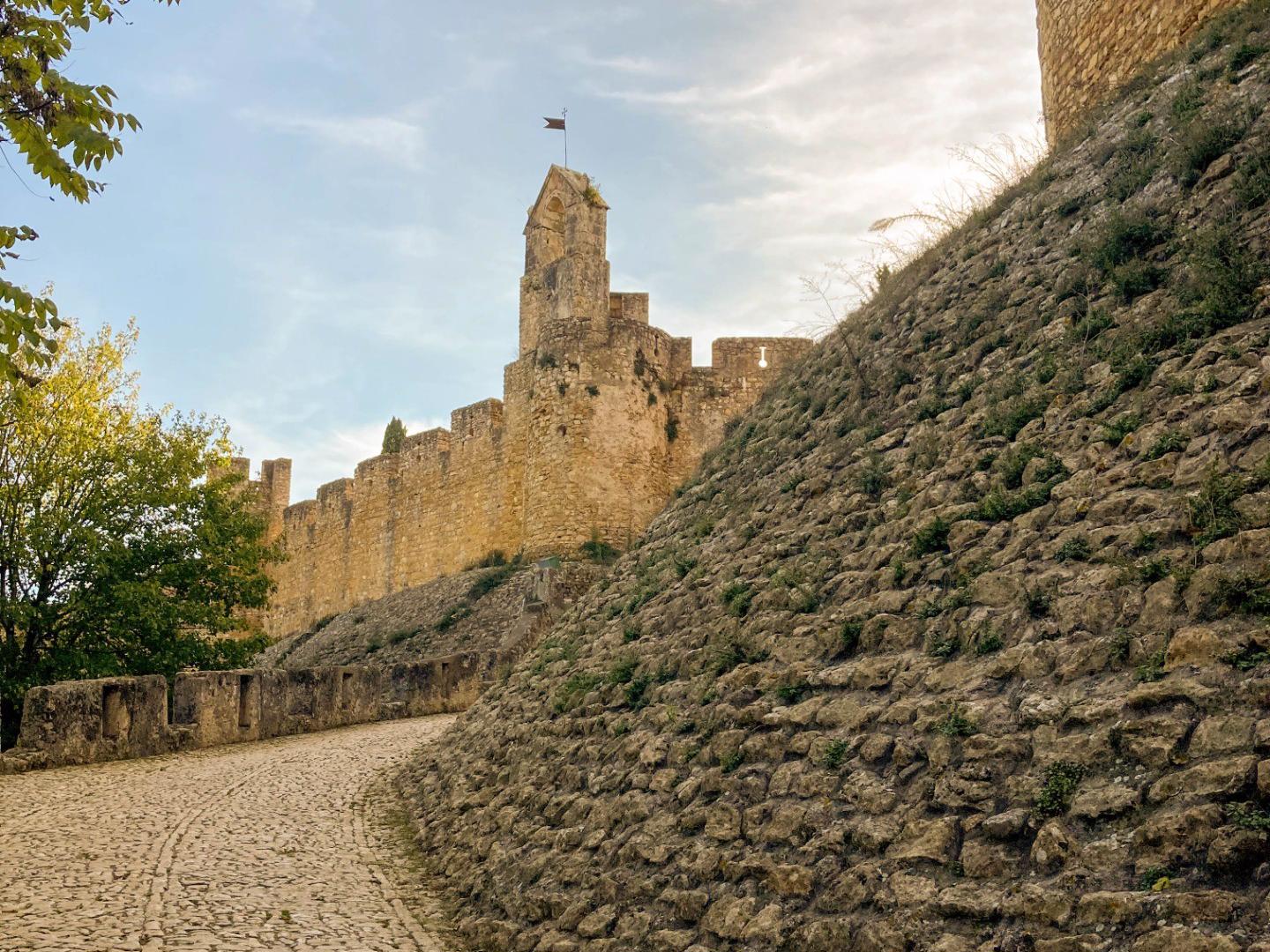 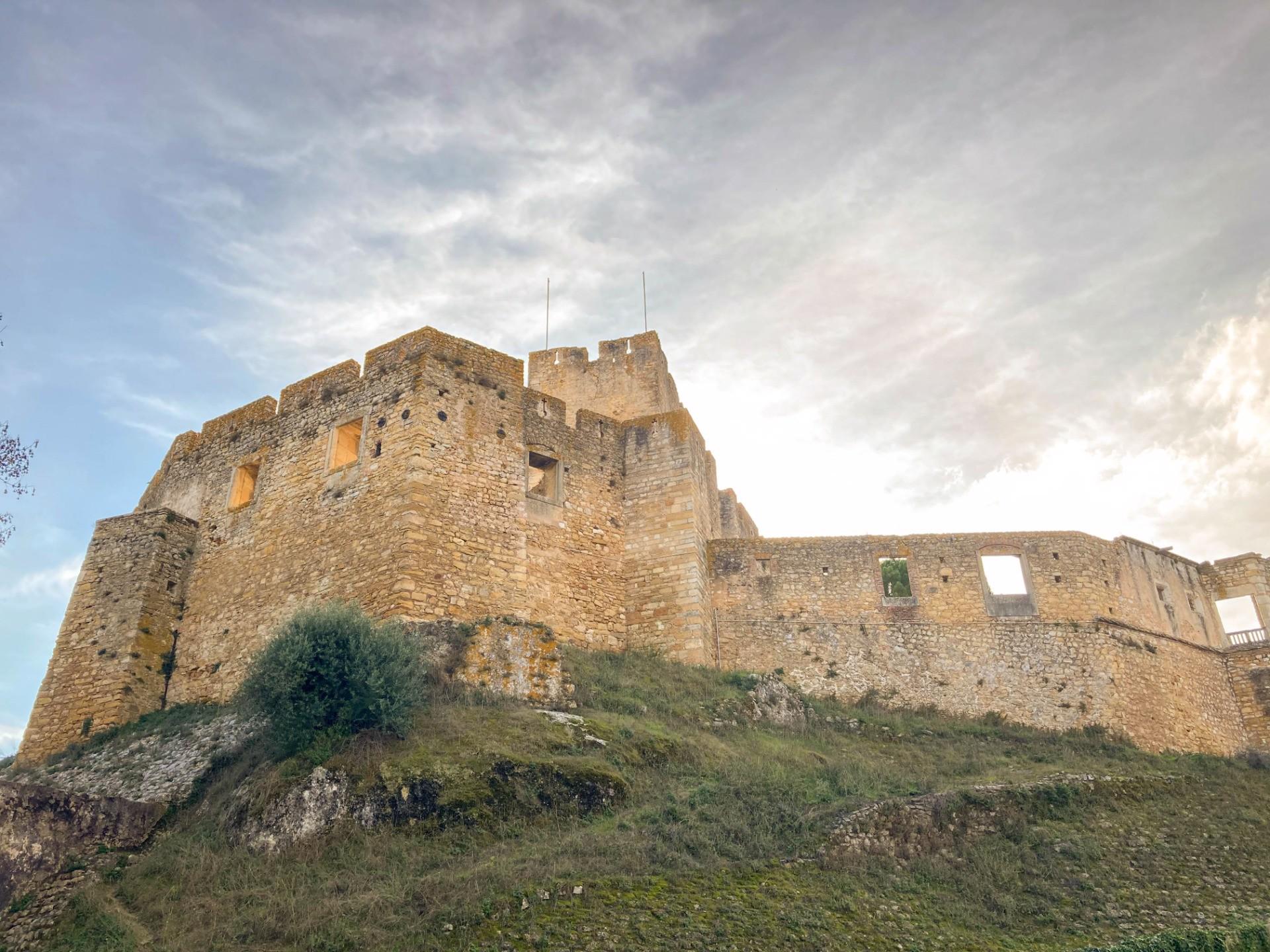 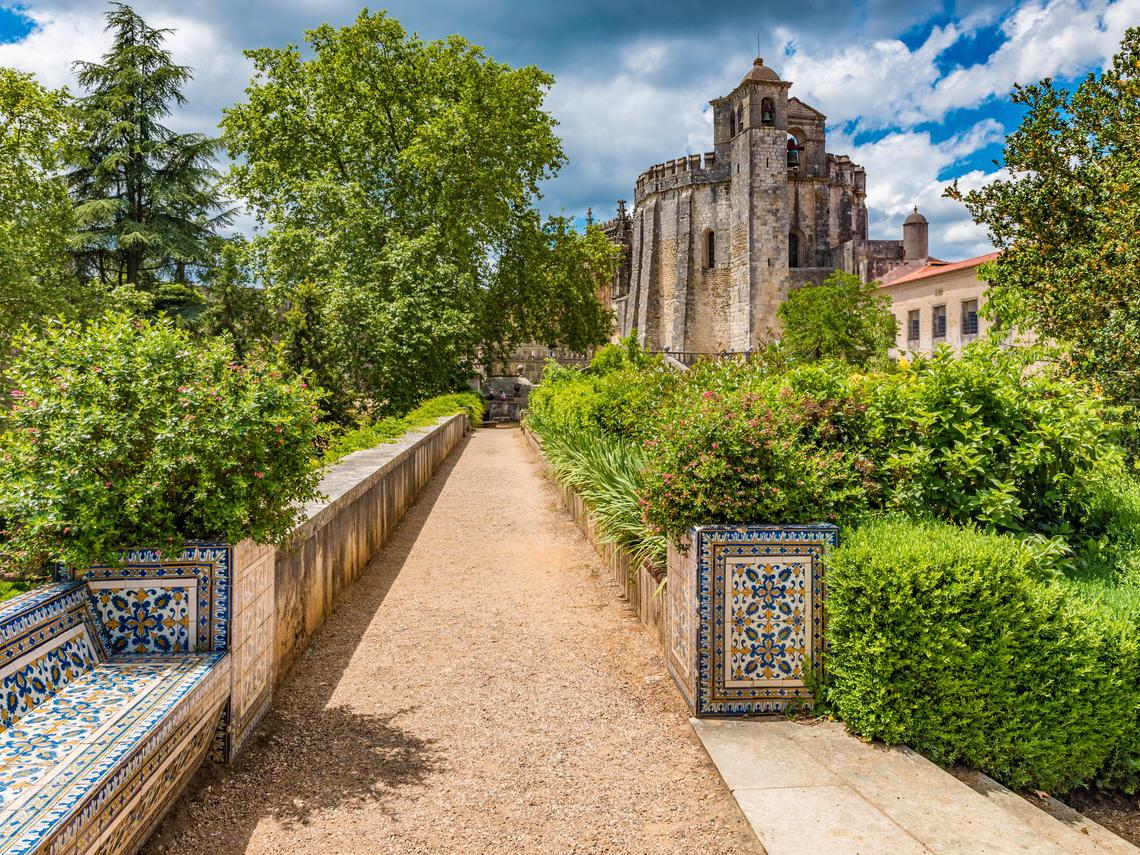 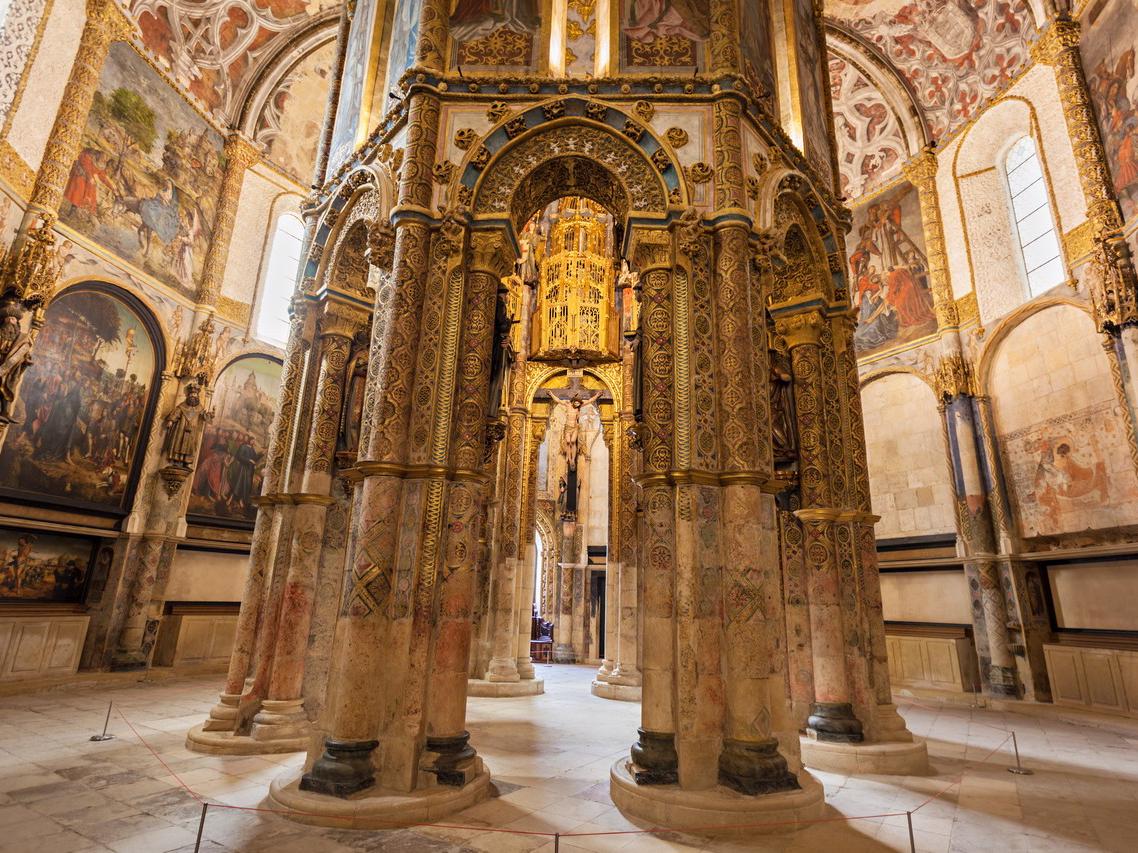 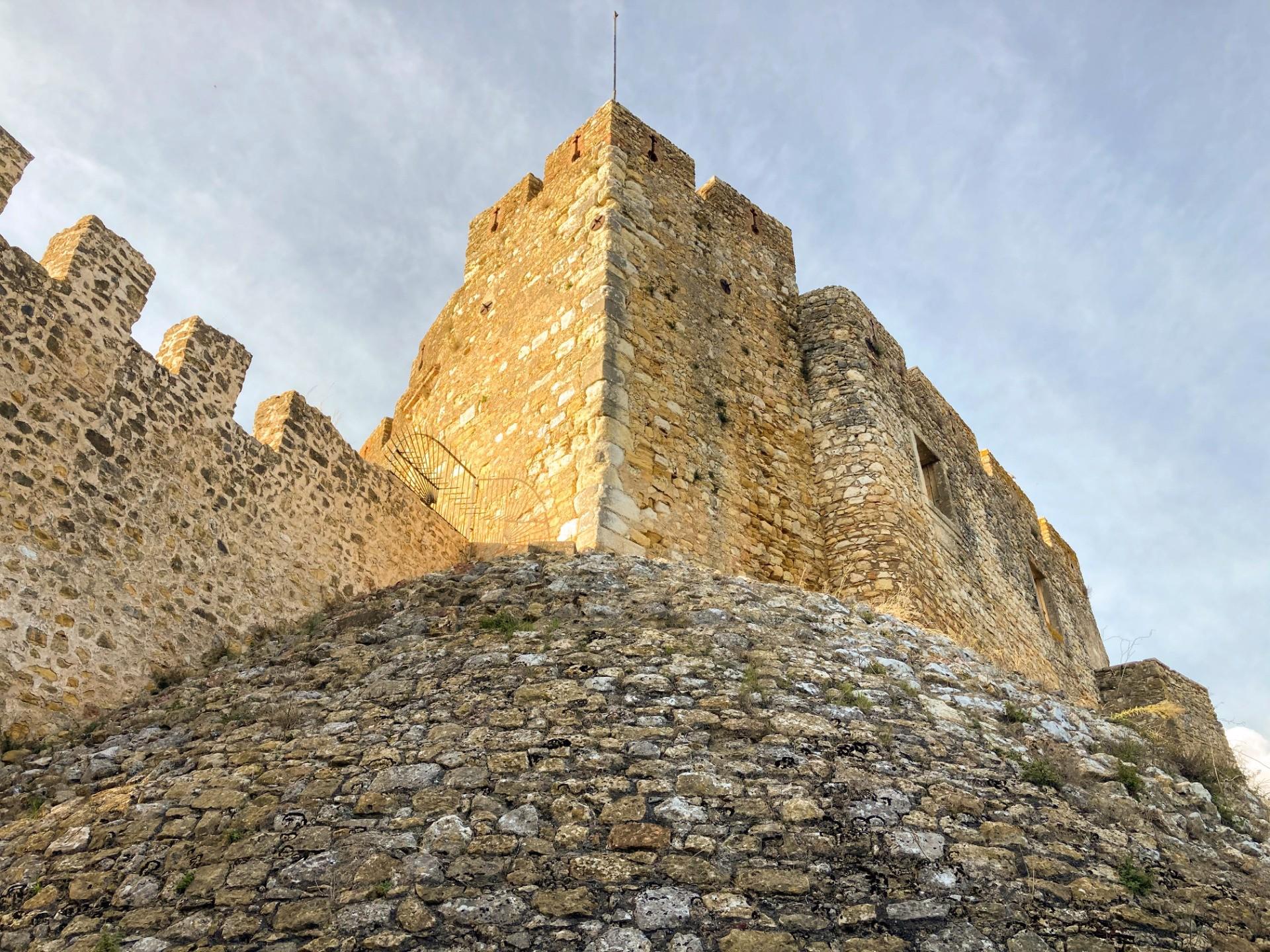 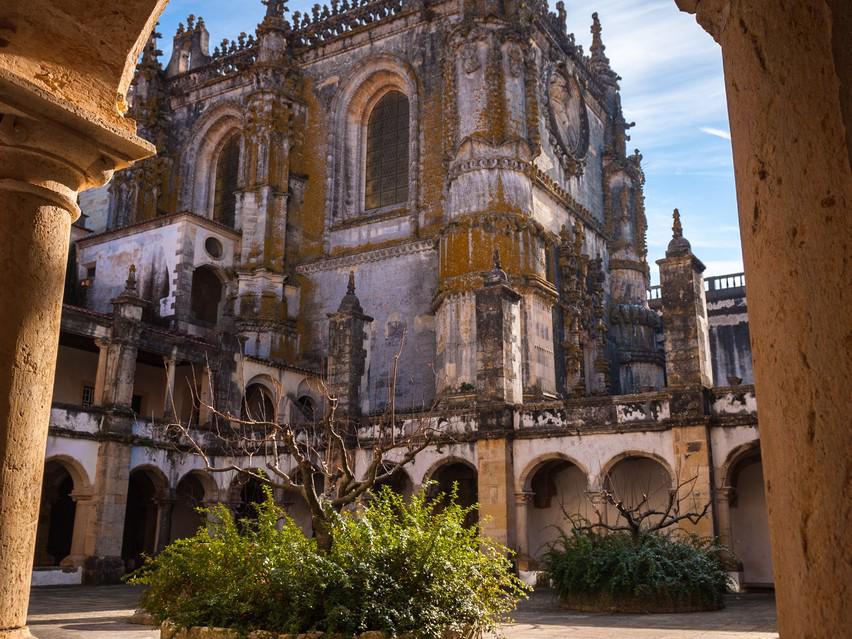 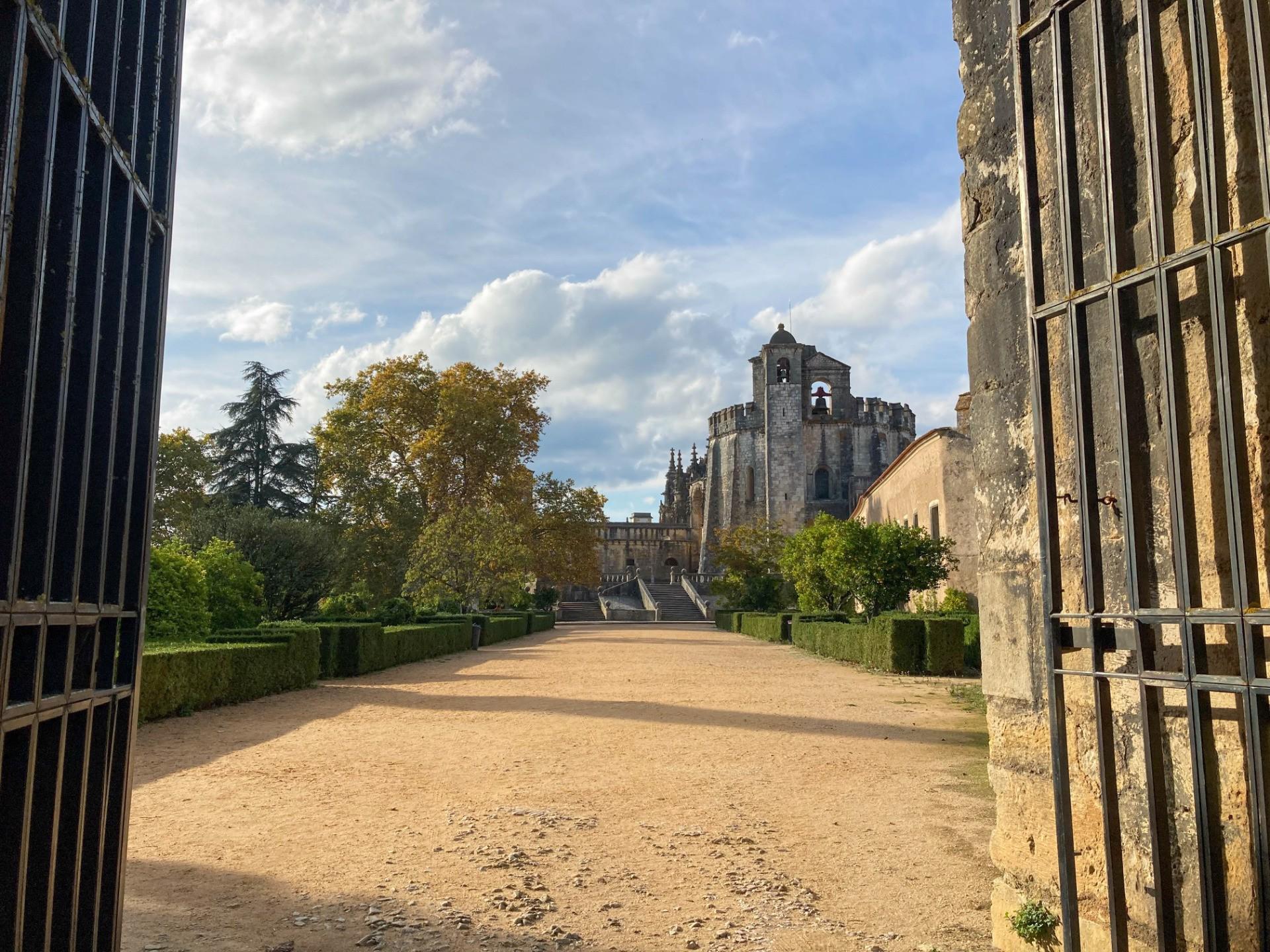 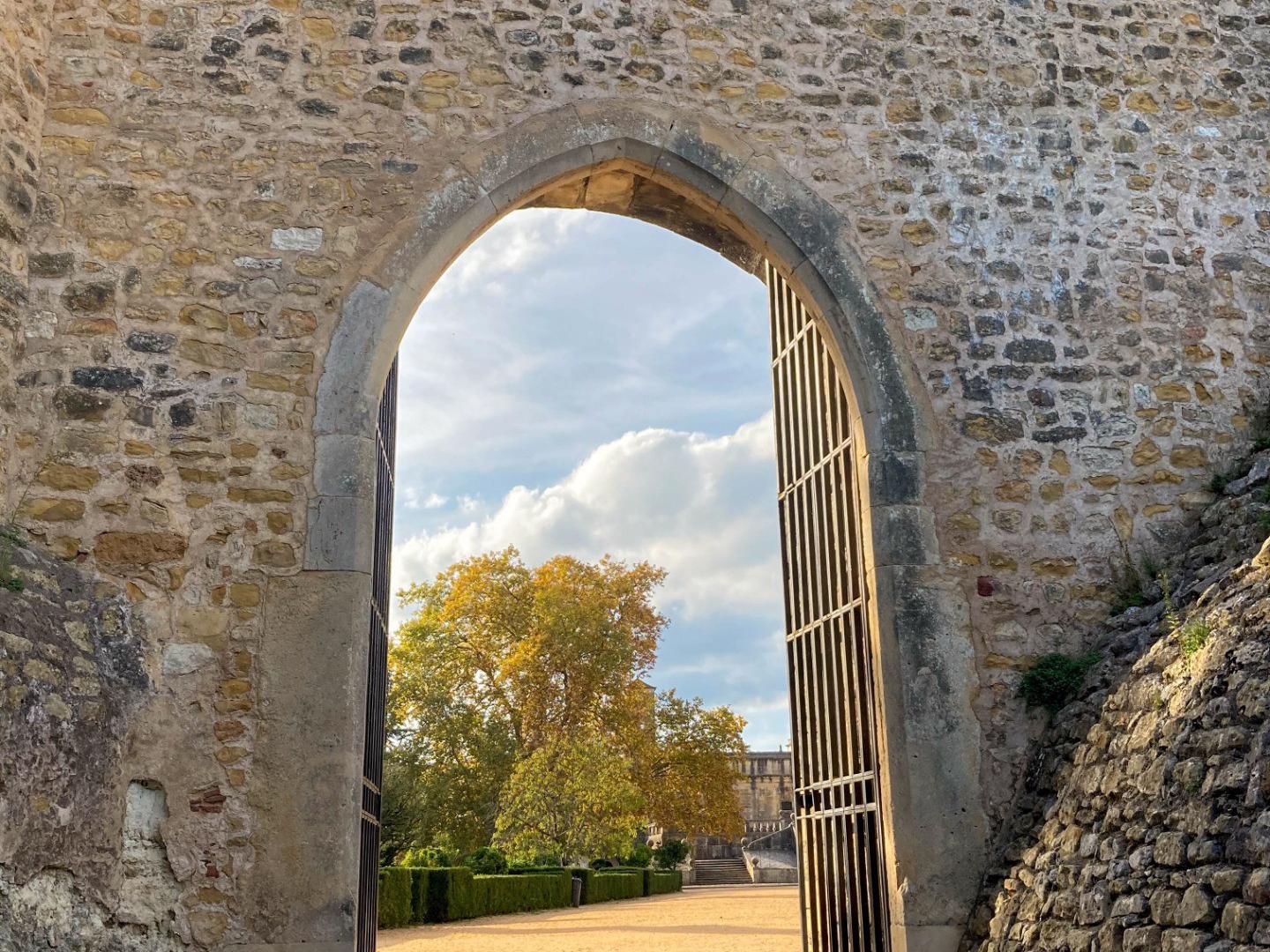 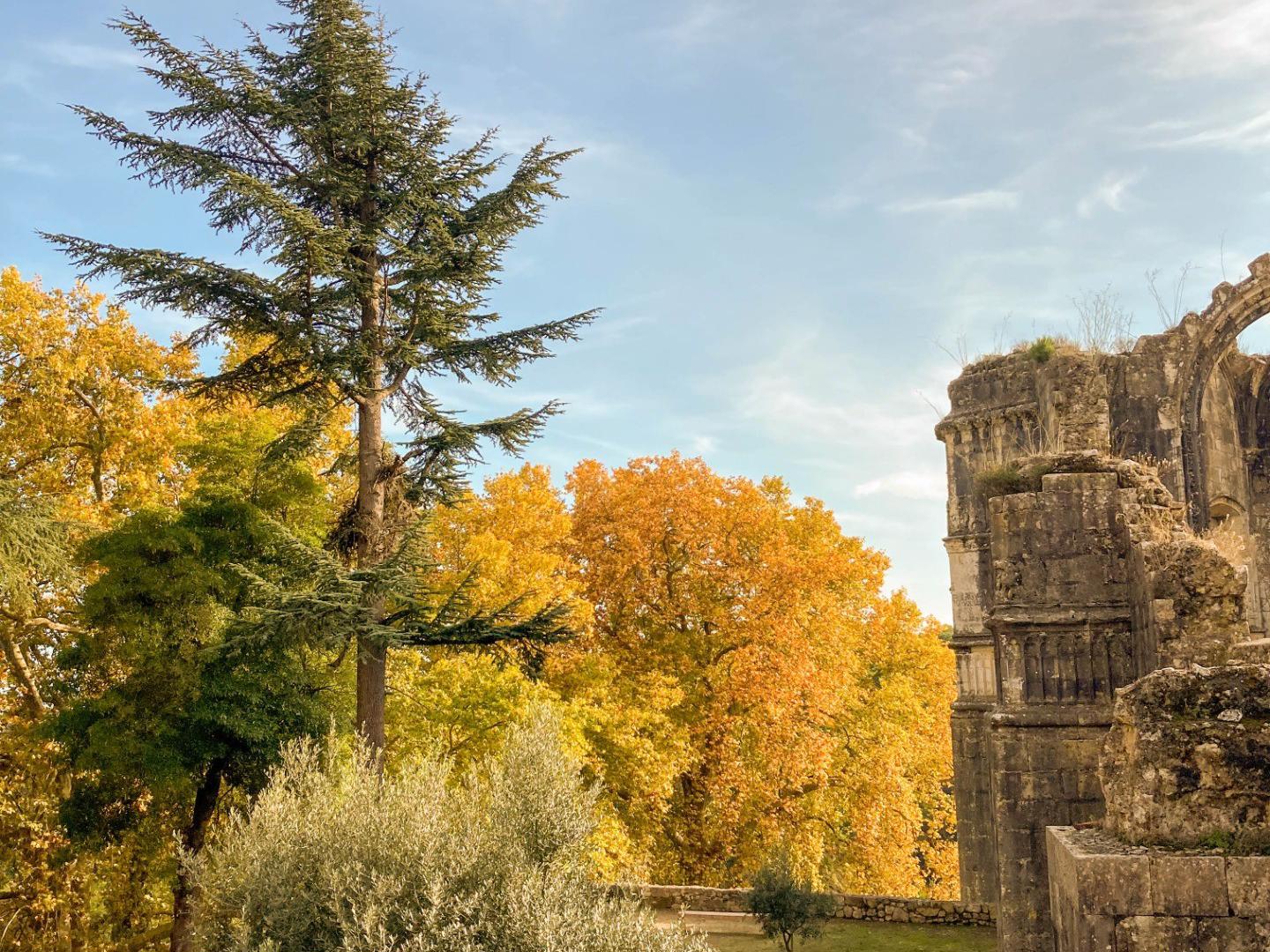 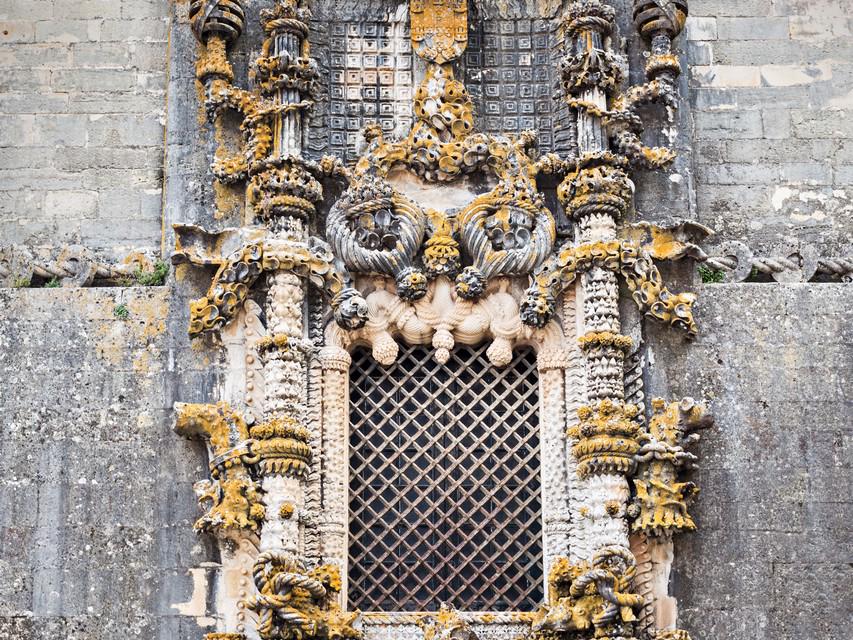 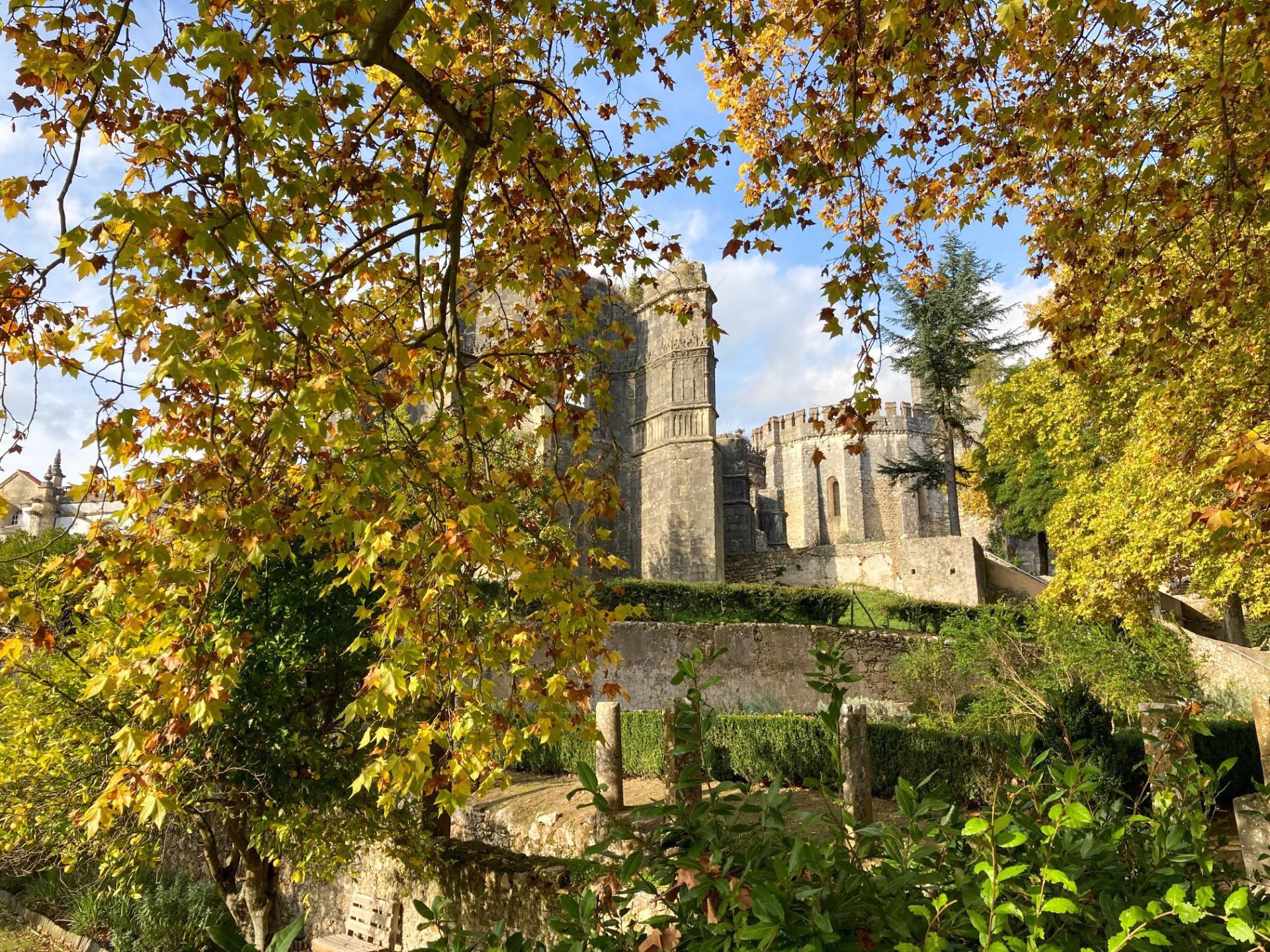 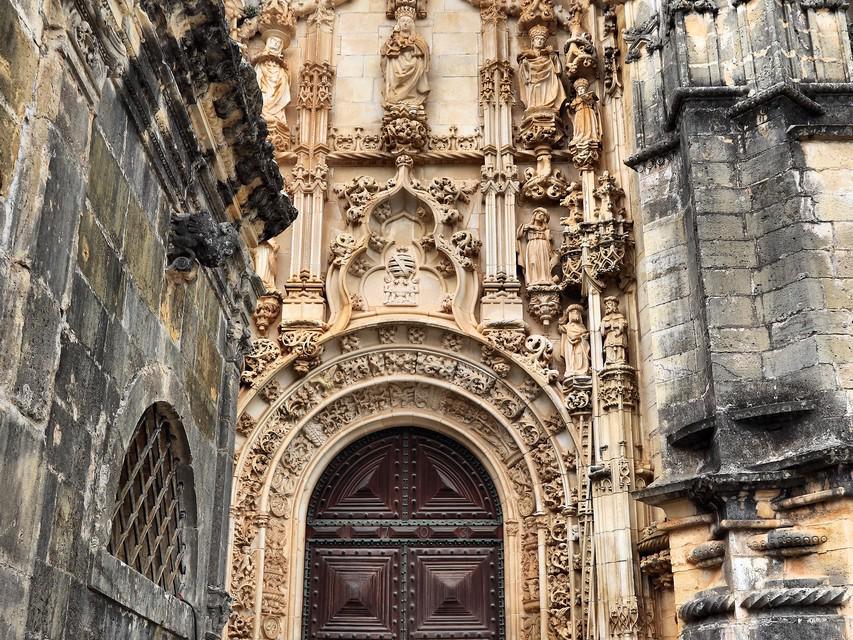