It is around 1430, with Henry the Navigator, that the reconstruction of the Church begins. But it is not until 1467, with King Manuel I, that the Church starts to look as we know it nowadays, following the intervention works that took place. The Church of Saint John The Baptist is a late Gothic style temple, completed in the early 16th century.

The Church has a rectangular plan, structured in three naves and with a bell tower displaying a clock from the 16th century. Its portals are luxuriously decorated in the Manueline style. The symbol of King Manuel I (Royal Coat of Arms, Armillary Sphere and Cross of Christ) is present in the tower and is repeated in the Manueline pulpit, in the composite altar and in the west and north portals.

Outside, there is the three-body tower, the main Gothic-style portal, the north portal and the south portal - likely remains of the primitive temple. The naves' spatial structure is identical to that of the Church of Santa Maria do Olival, enriched by the carved stone pulpit and by the 16th century painting, the pinnacle of the16th century Portuguese pictorial art.

Inside, there are the decorated capitals of the nave's interior columns and several panels painted by Gregório Lopes (around 1530), one of the best Portuguese Renaissance artists, painter of the kings Manuel and João III.

Also worth mentioning is the baptistery at the base of the tower, where there is a triptych with scenes of the life of Christ, assigned to the school of the Flemish painter Quentin de Metzys, from the beginning of the 16th century. 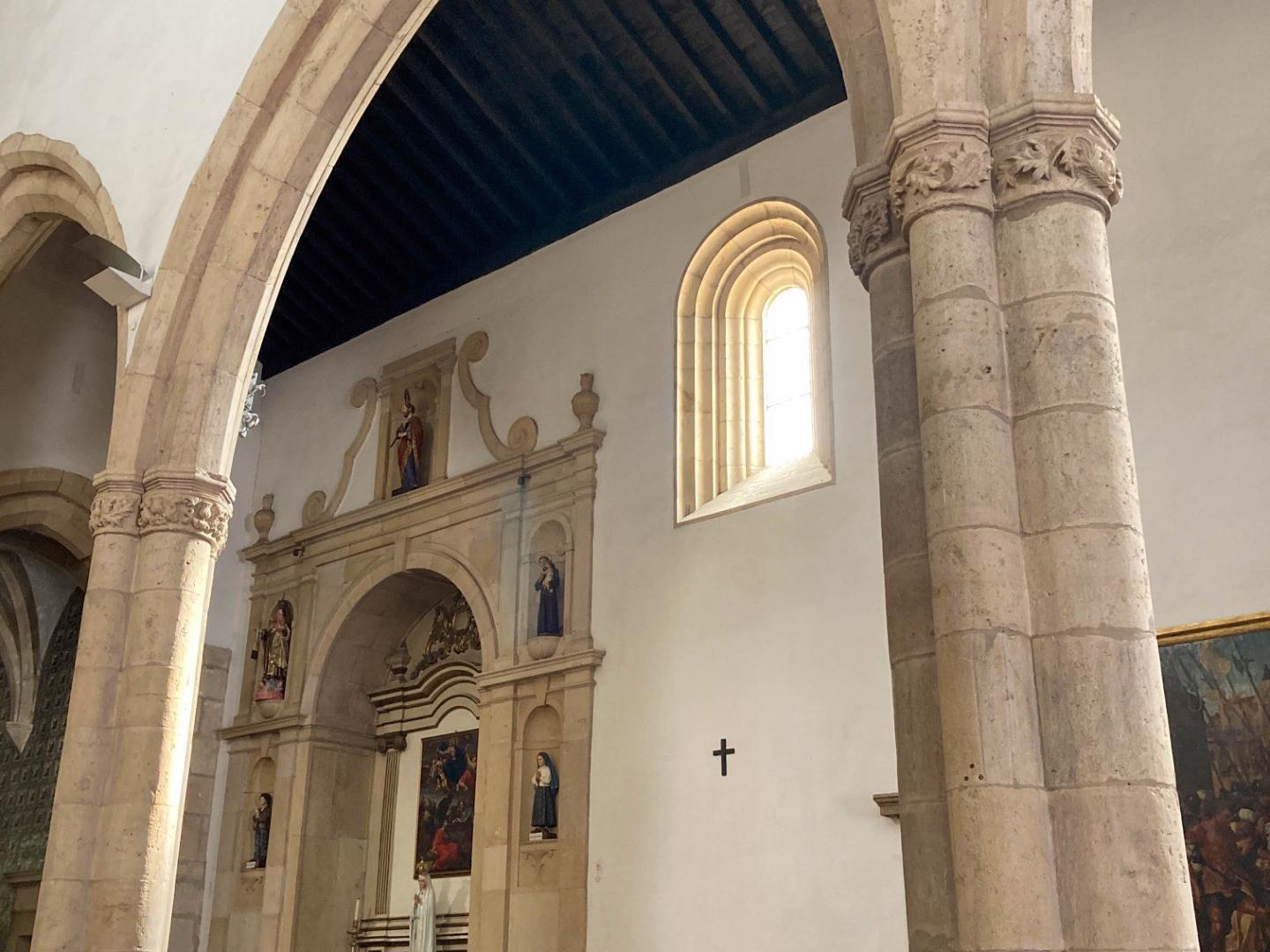 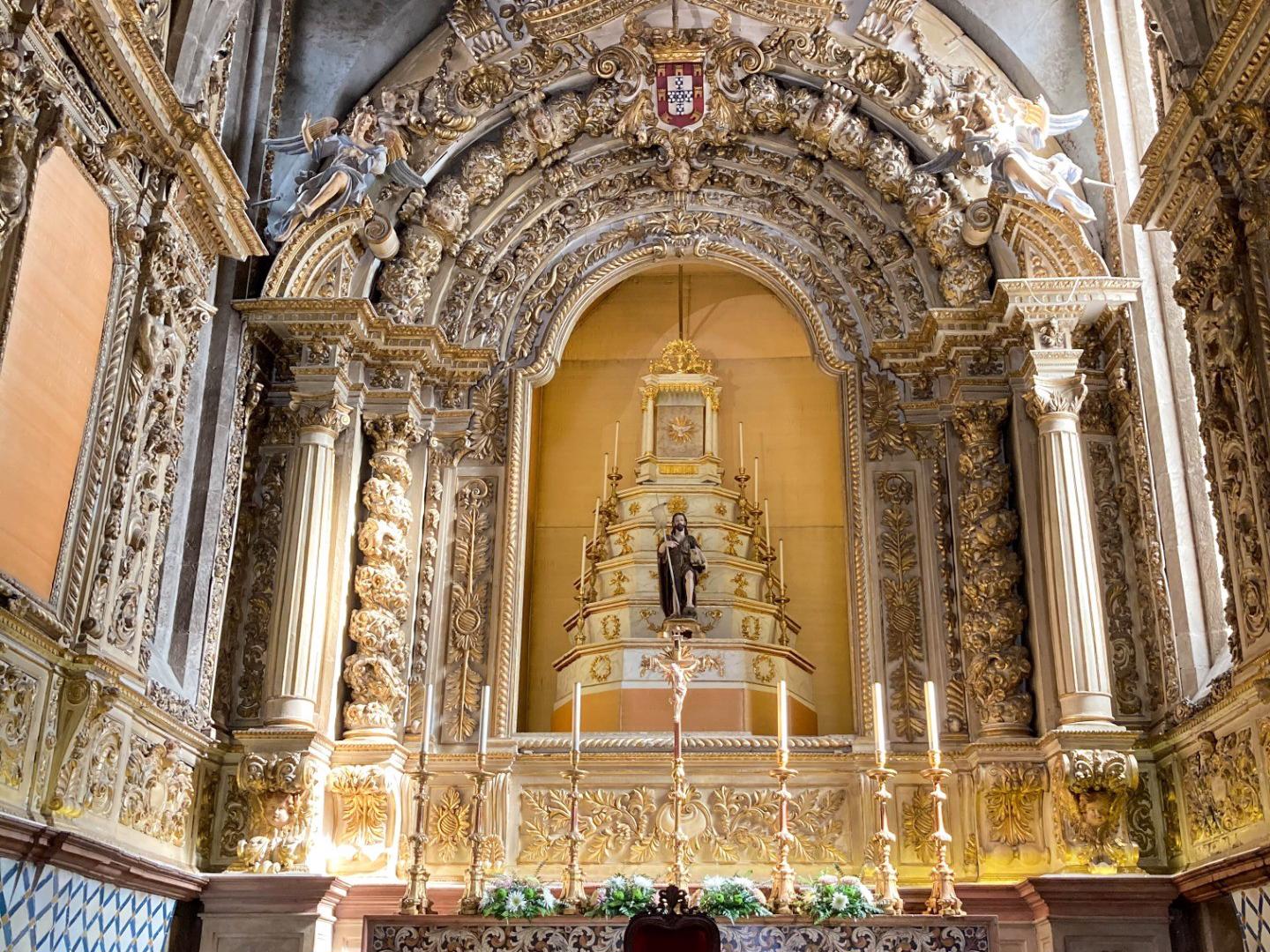 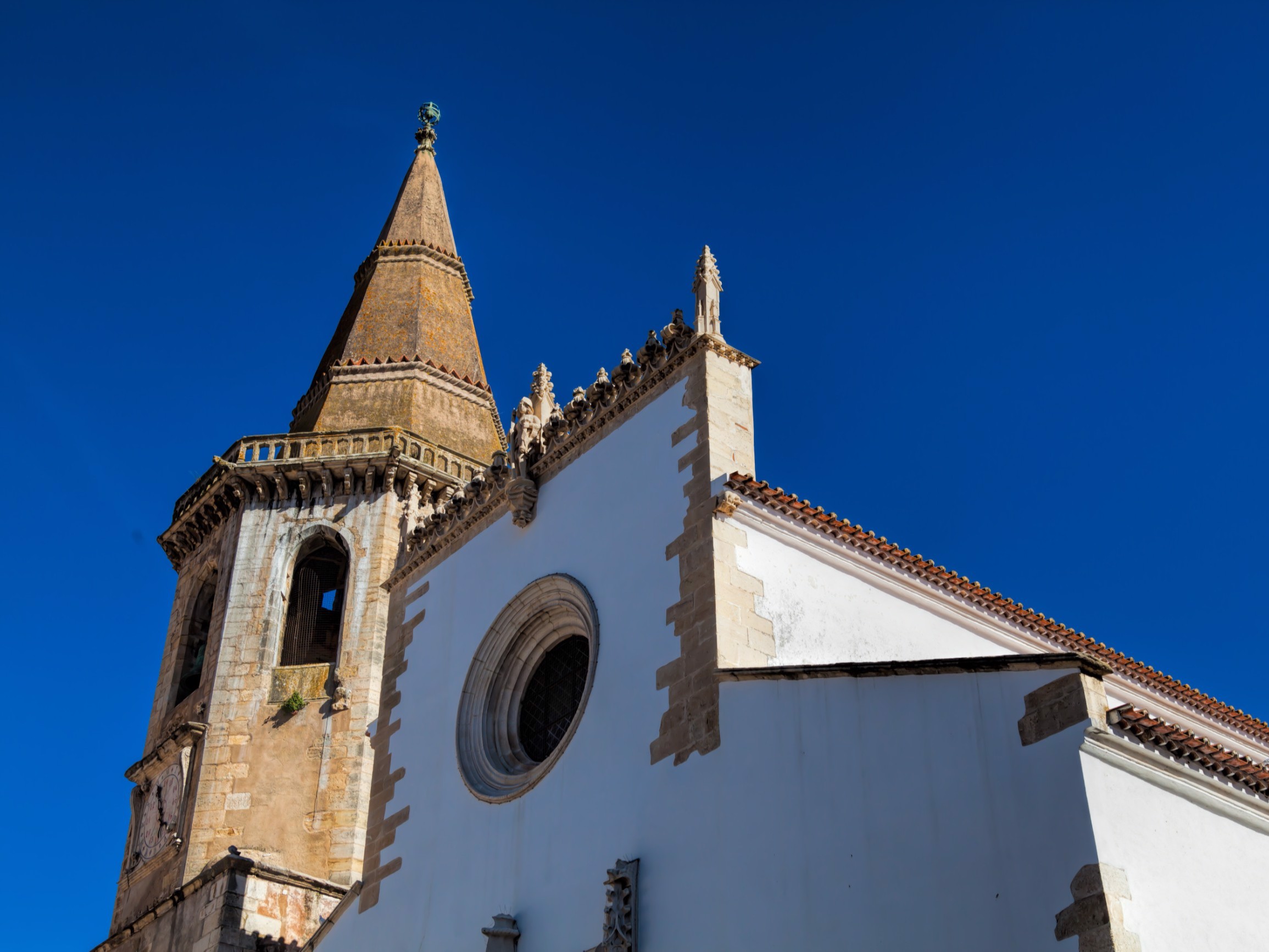 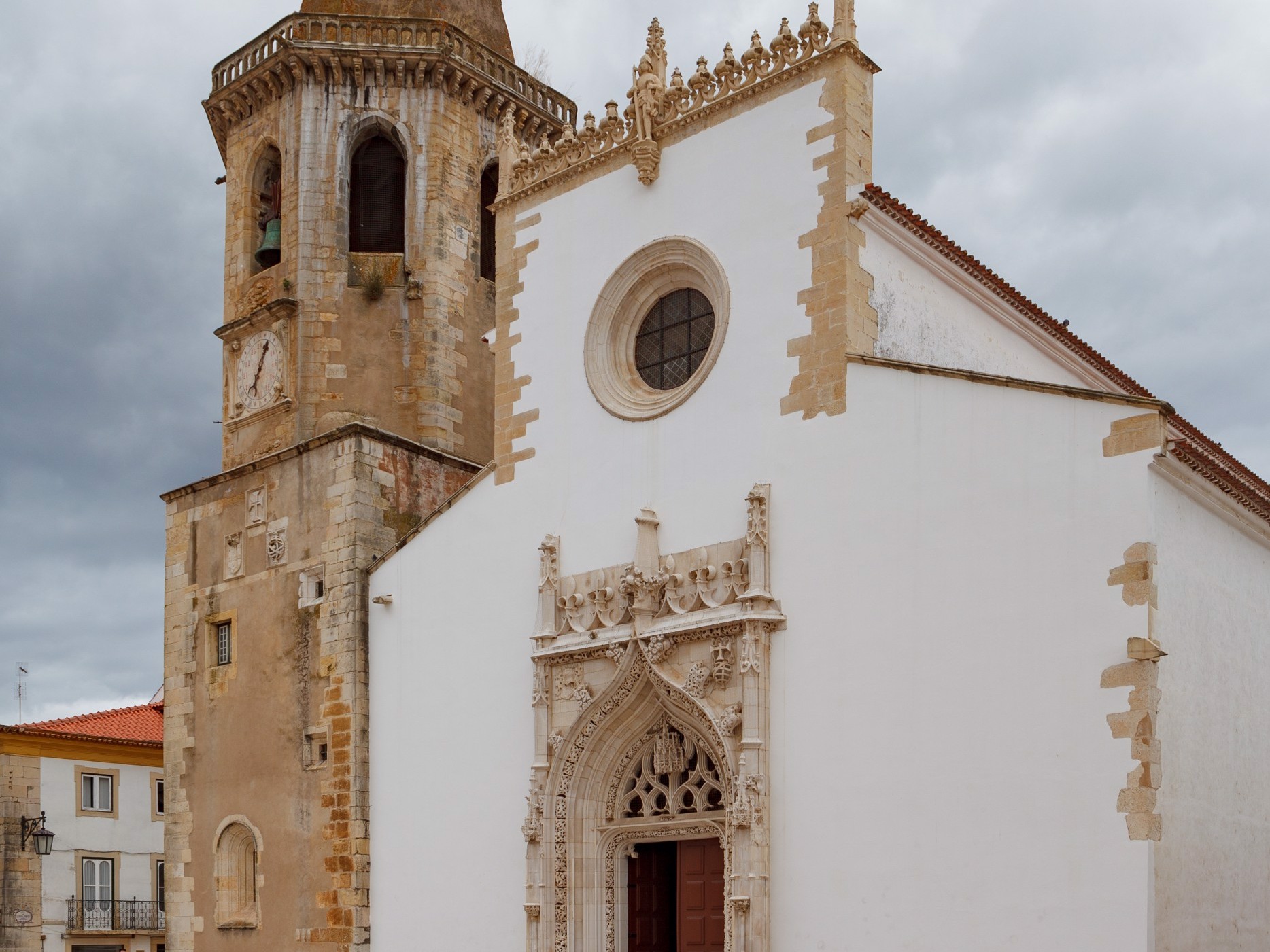 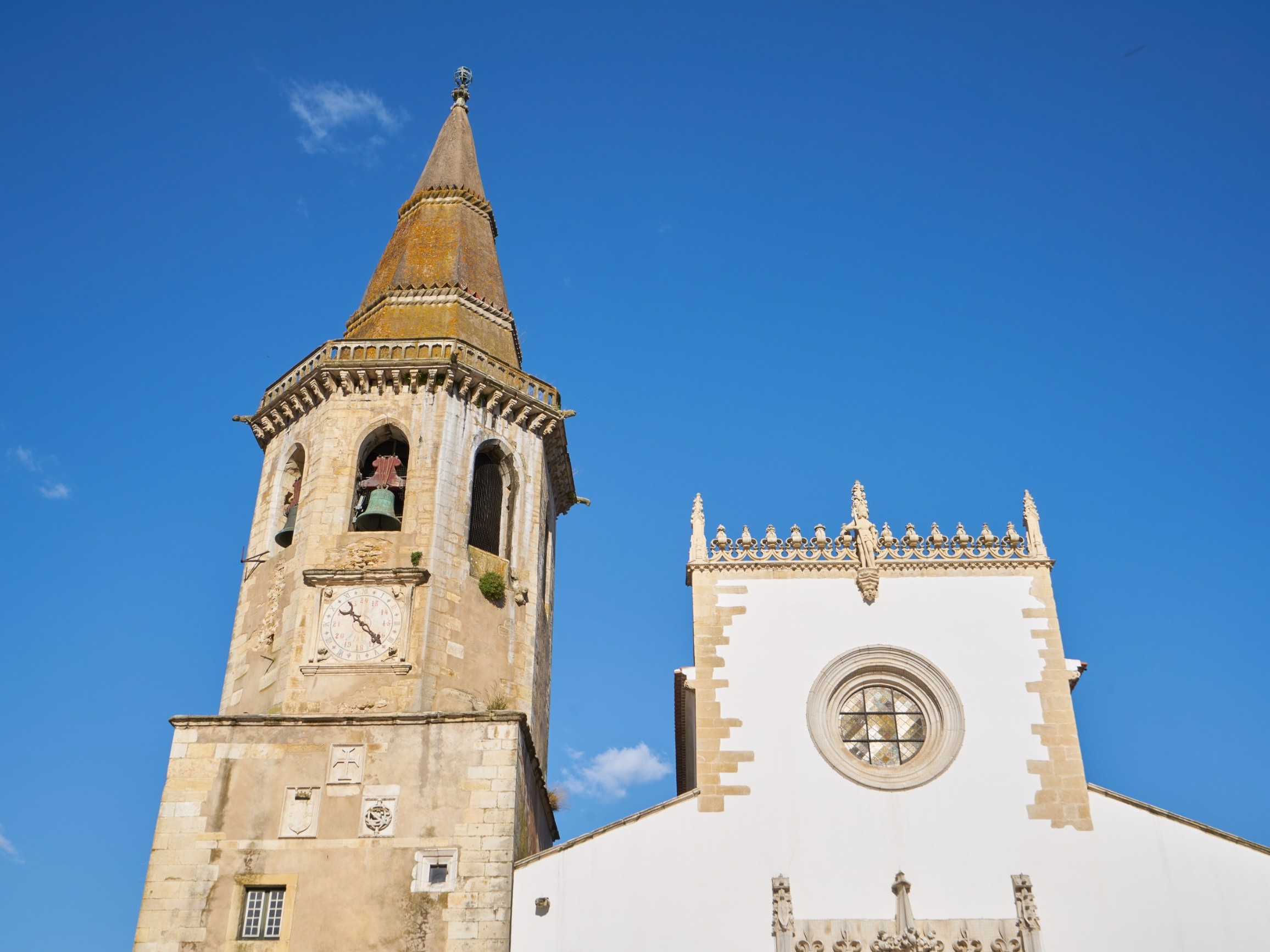 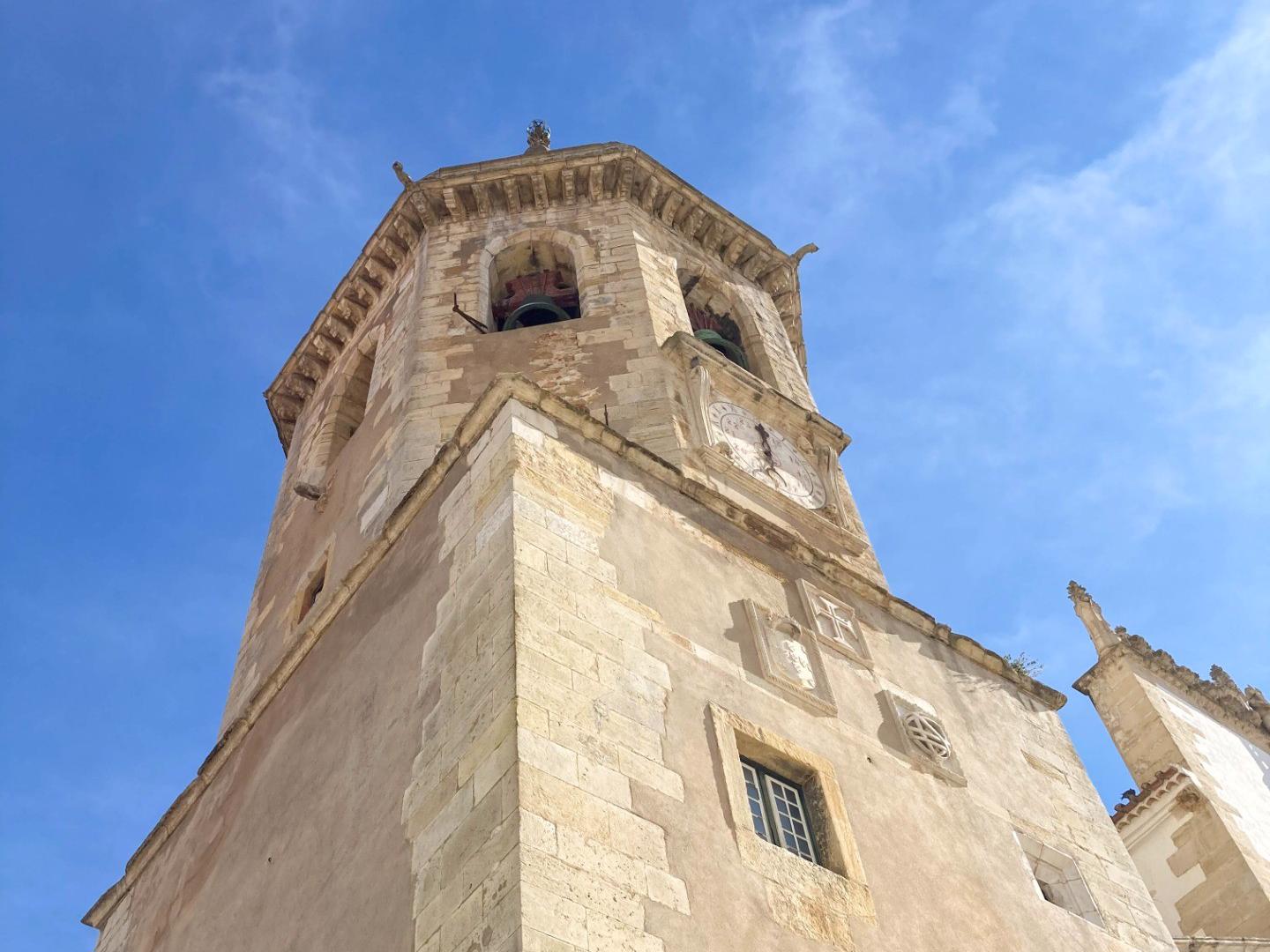 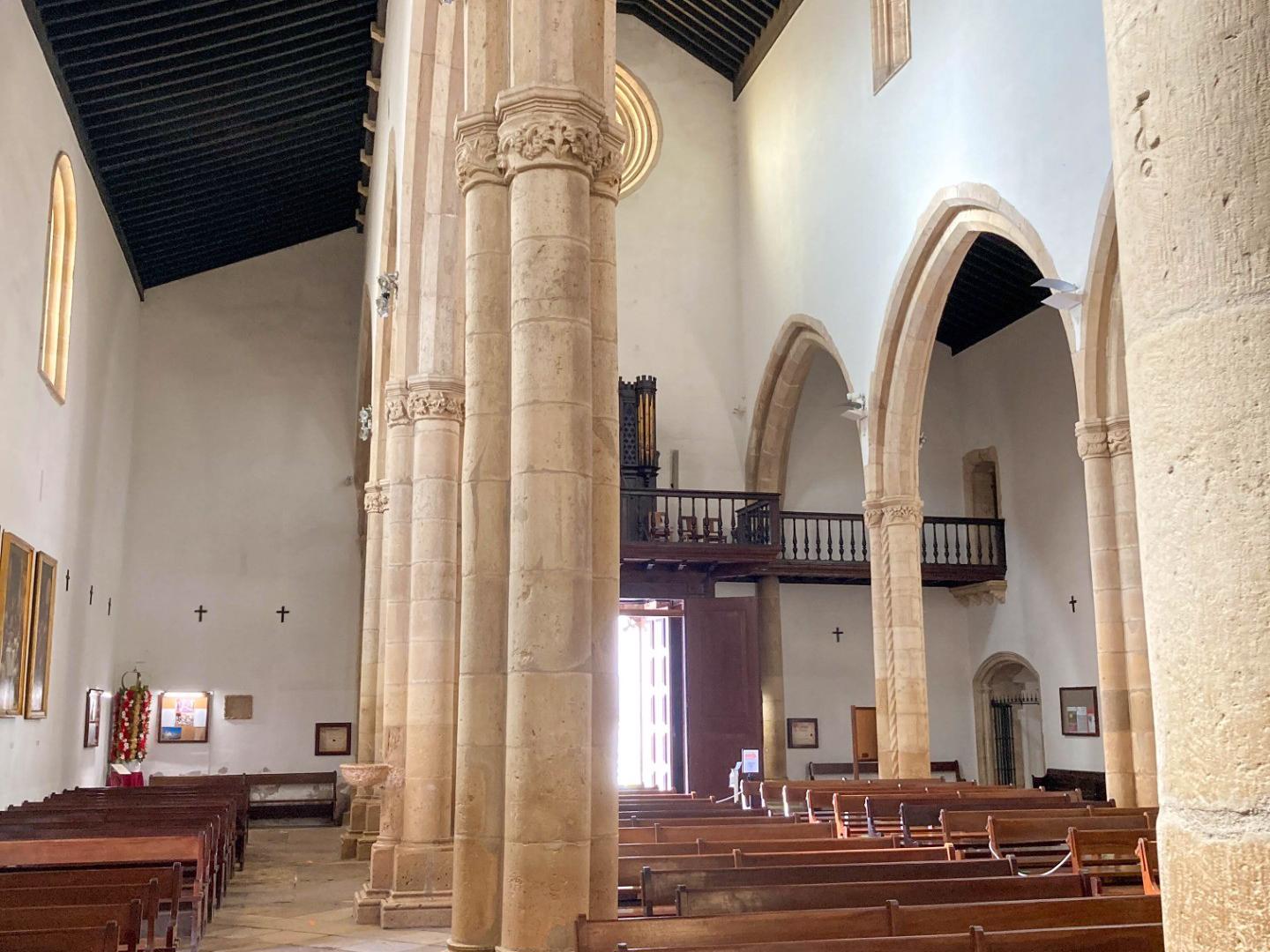 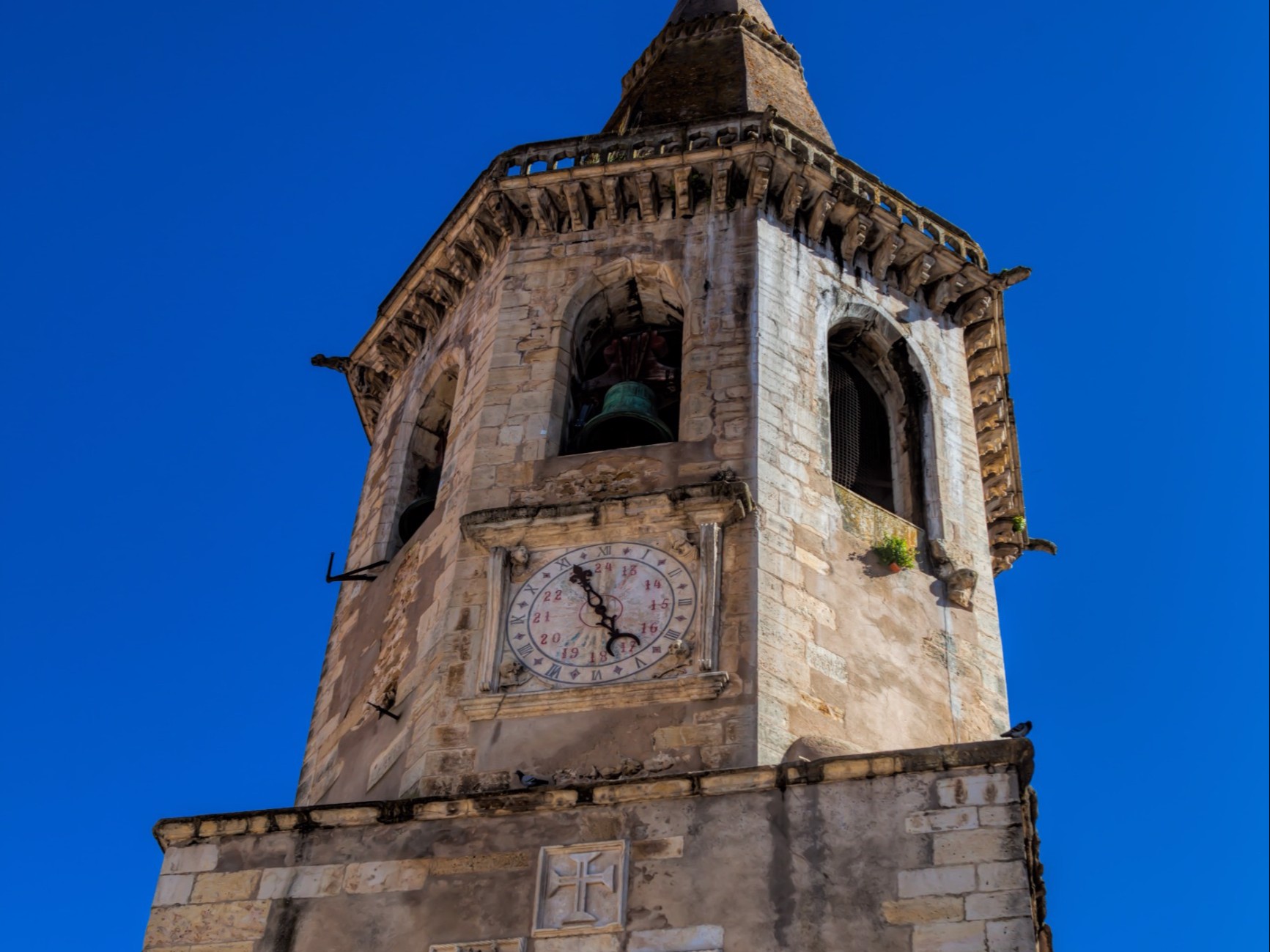 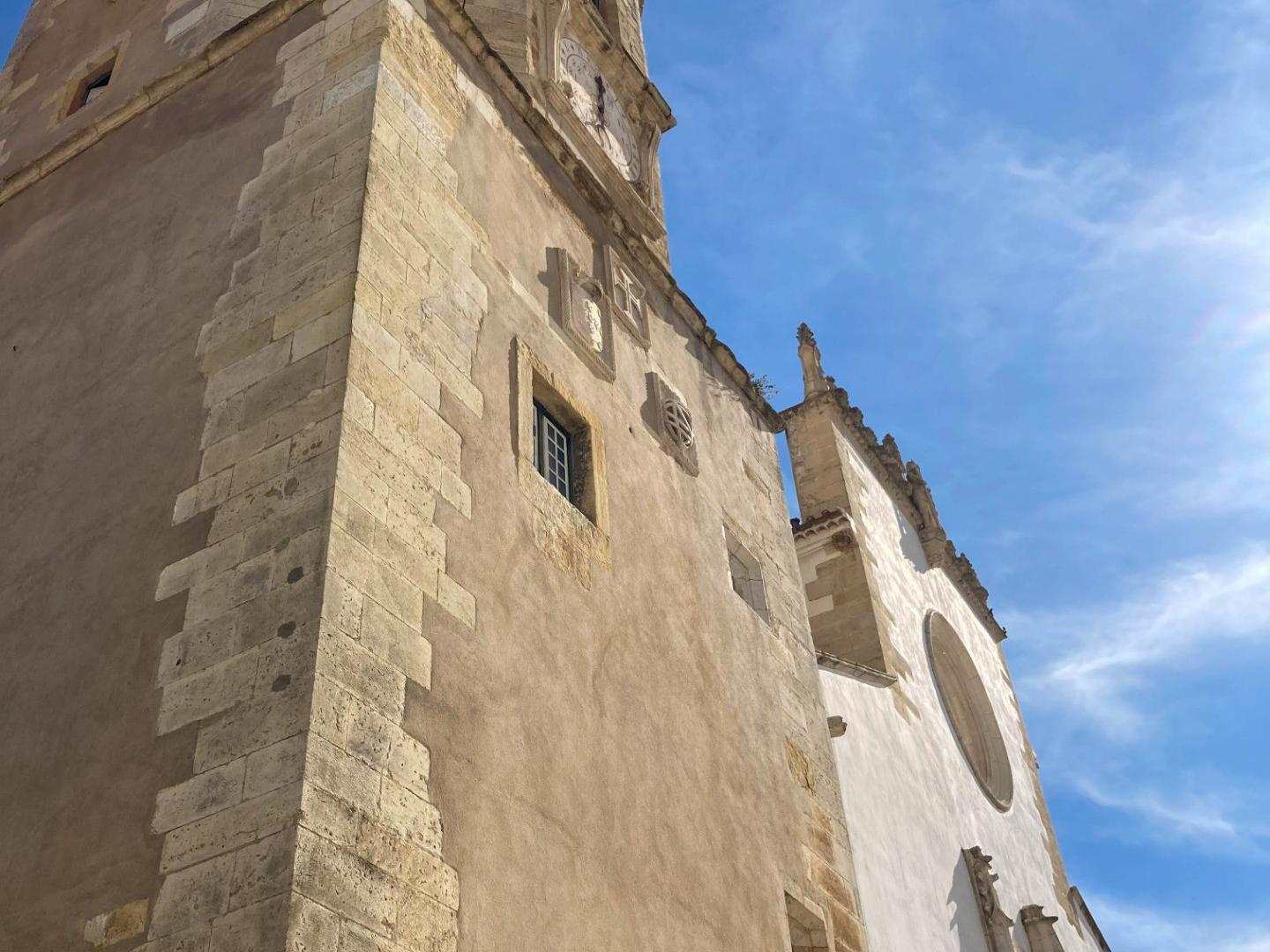 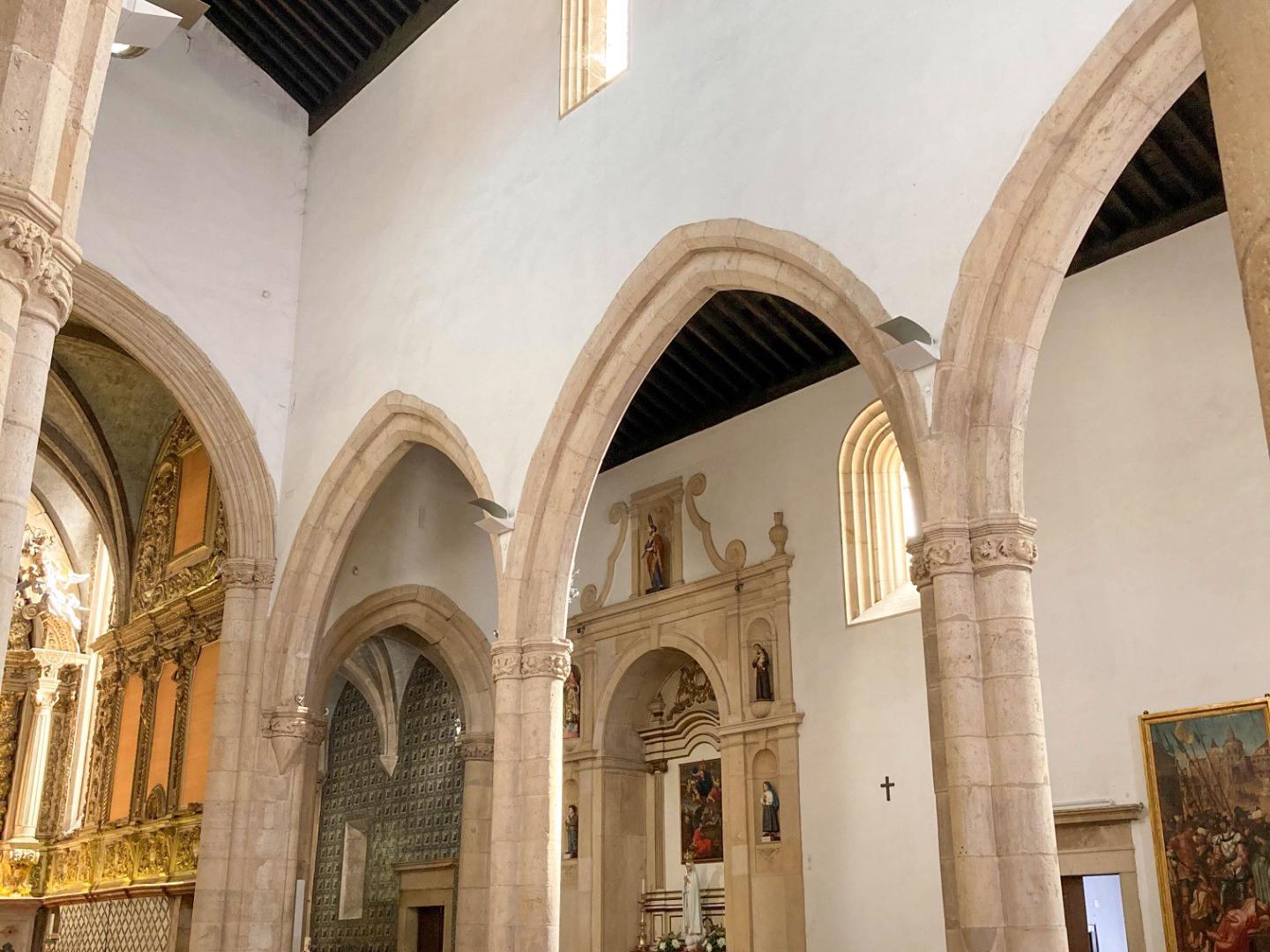 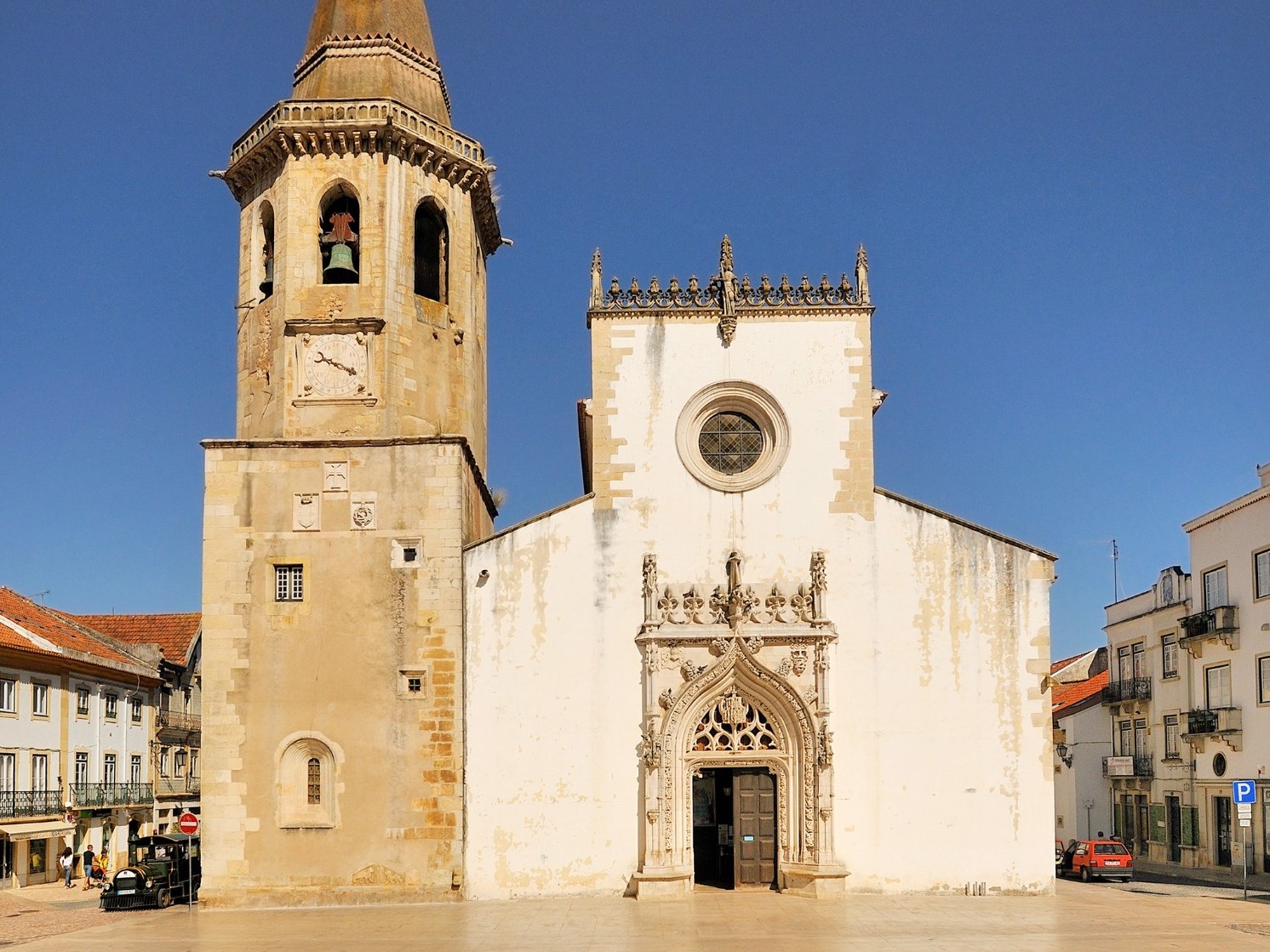 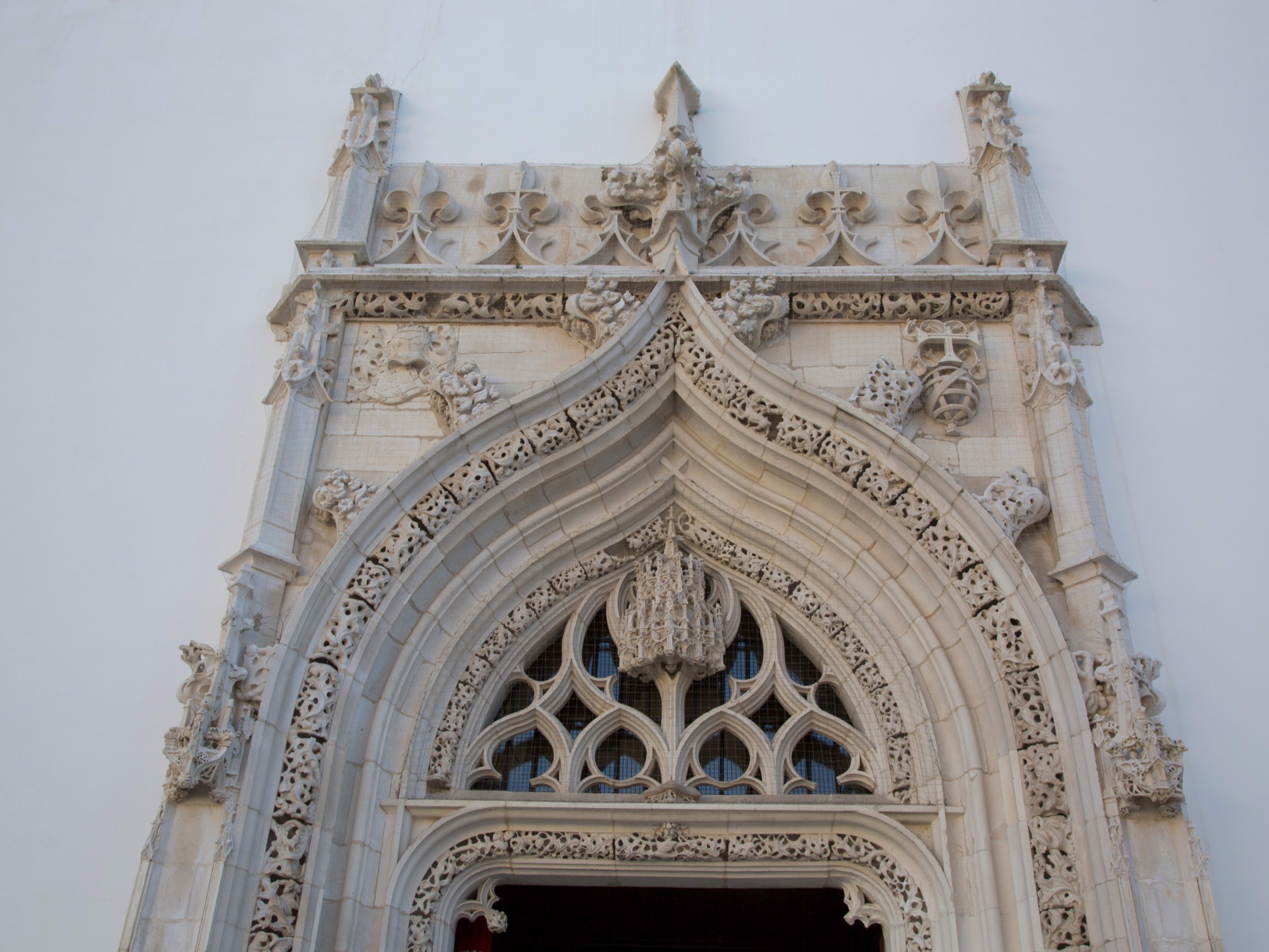 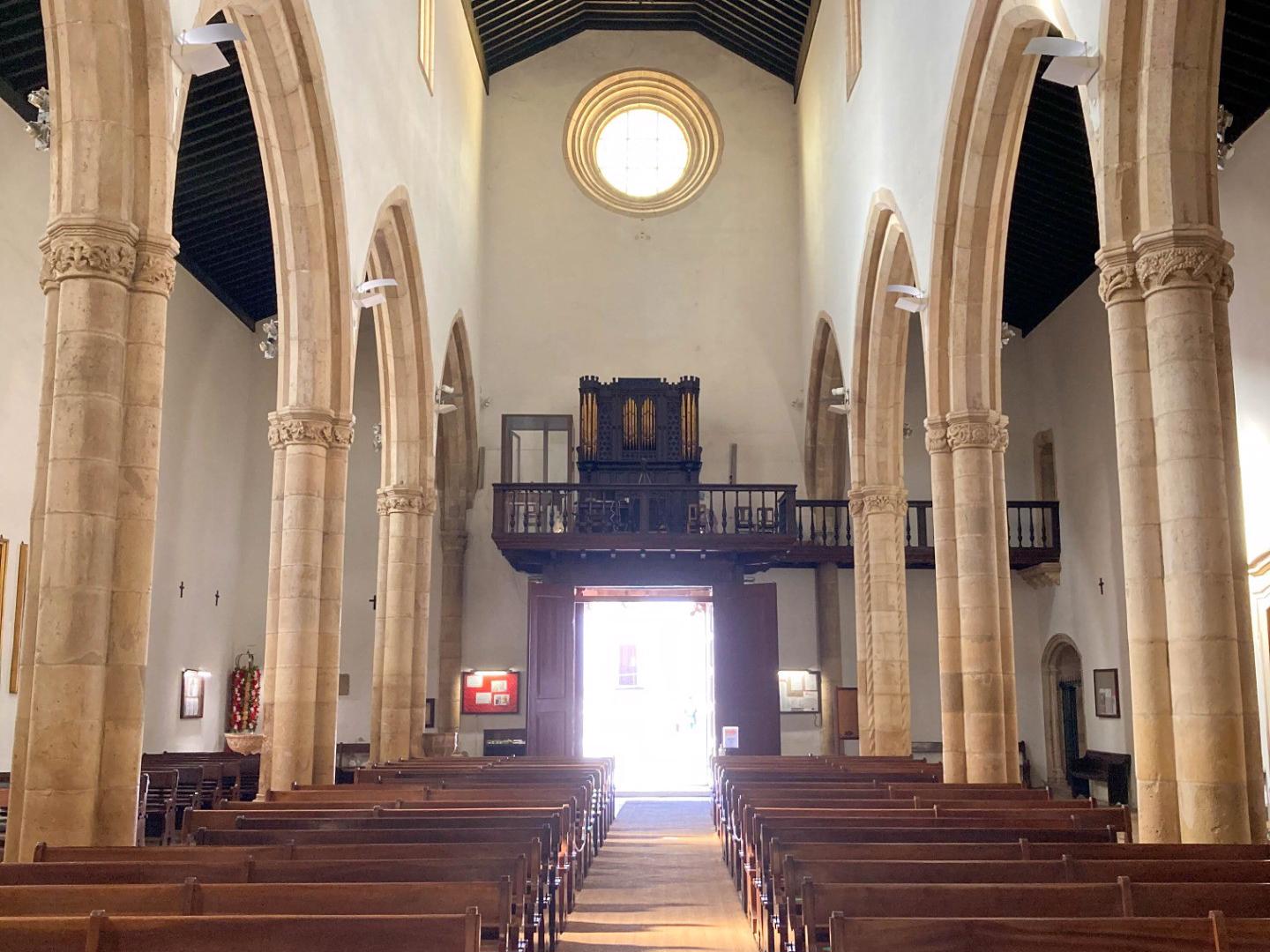 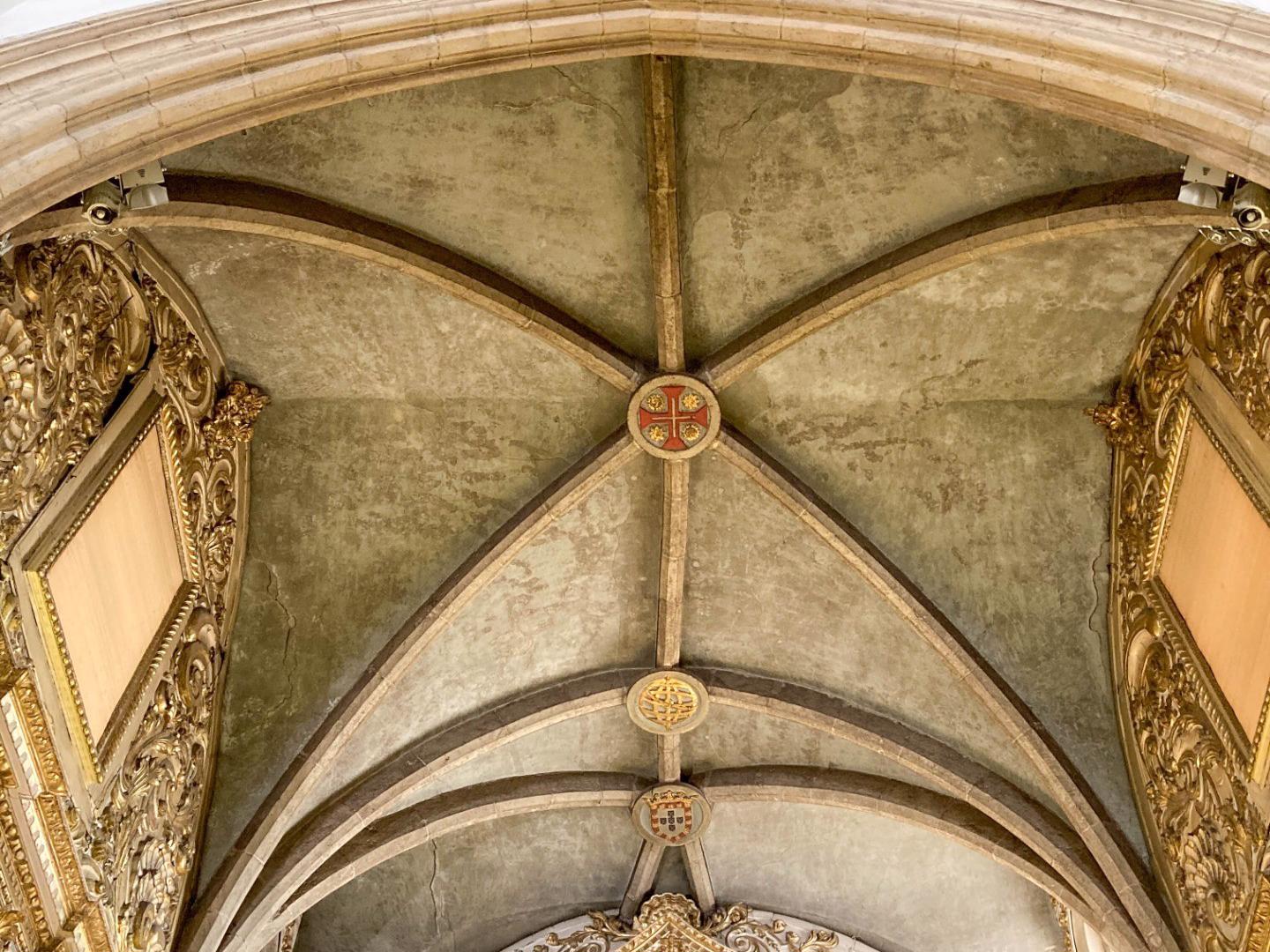 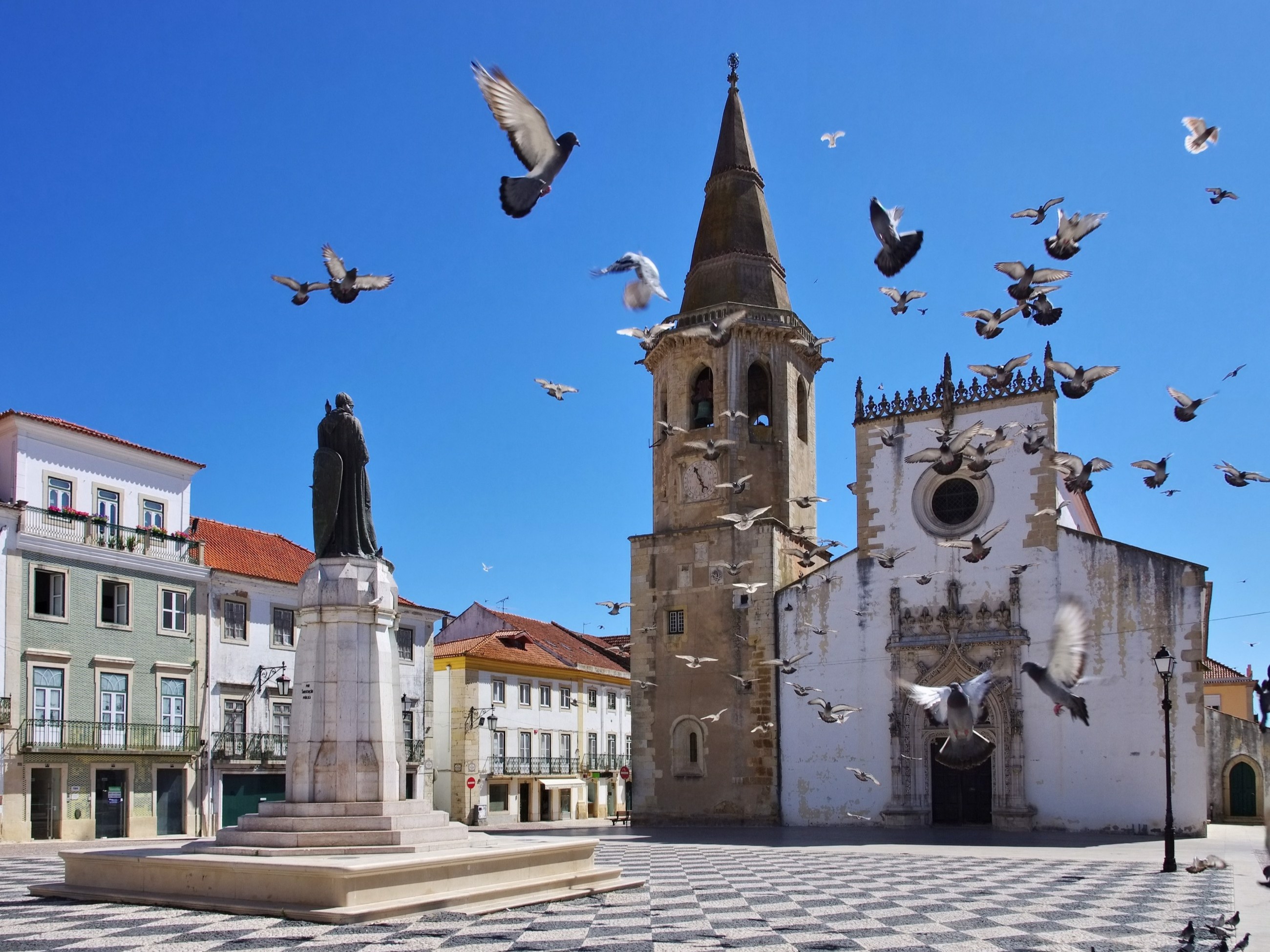 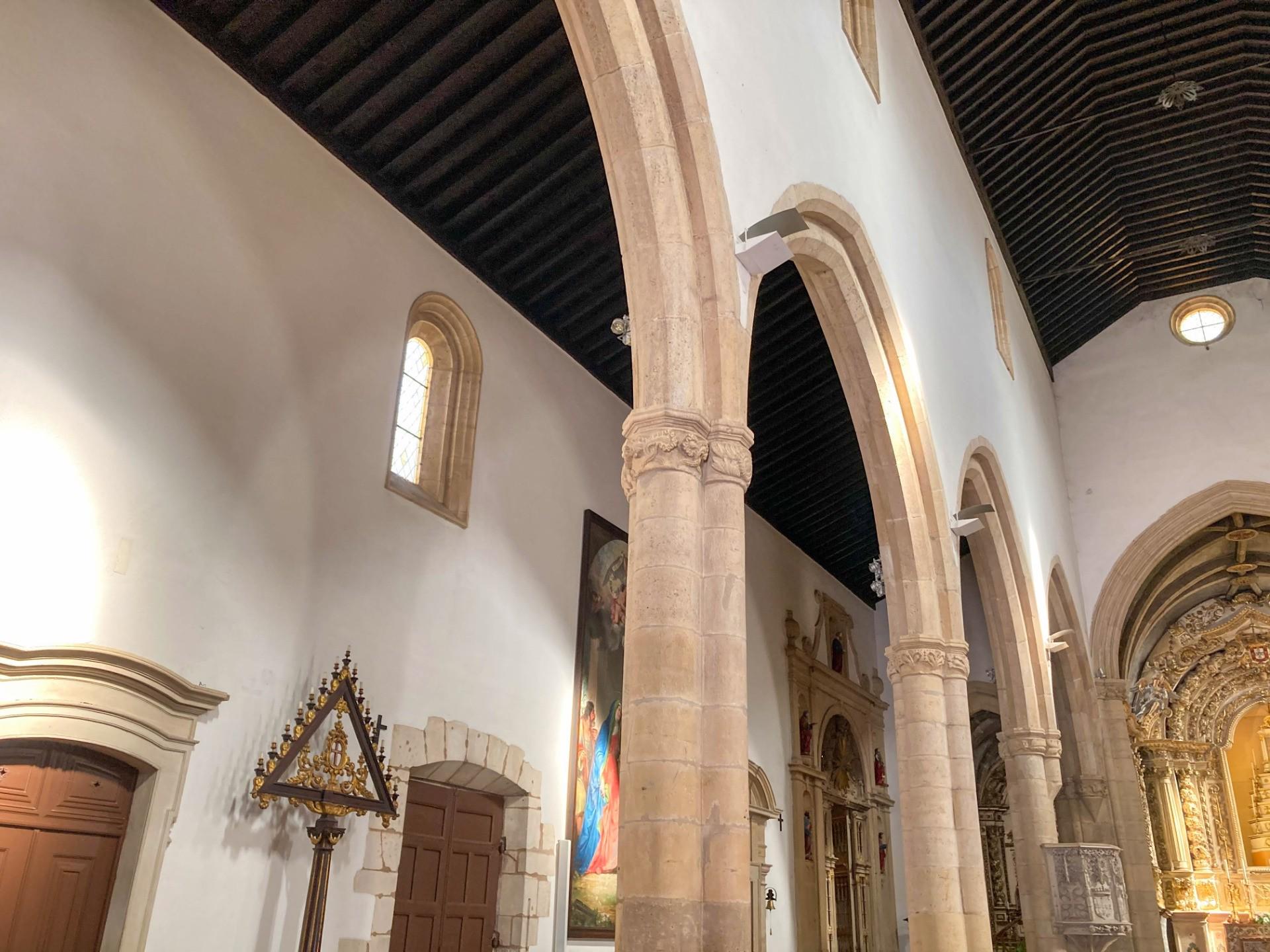 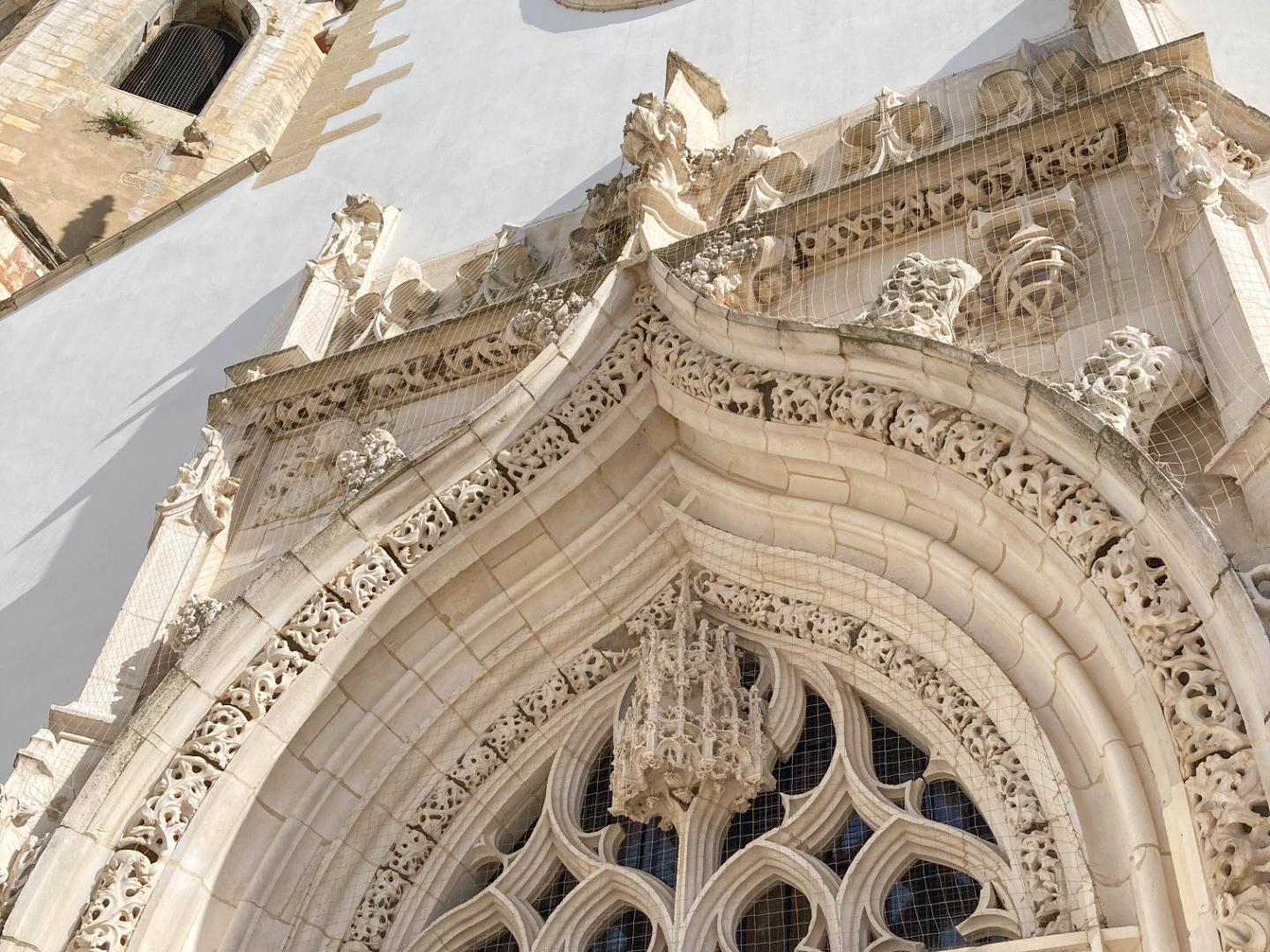 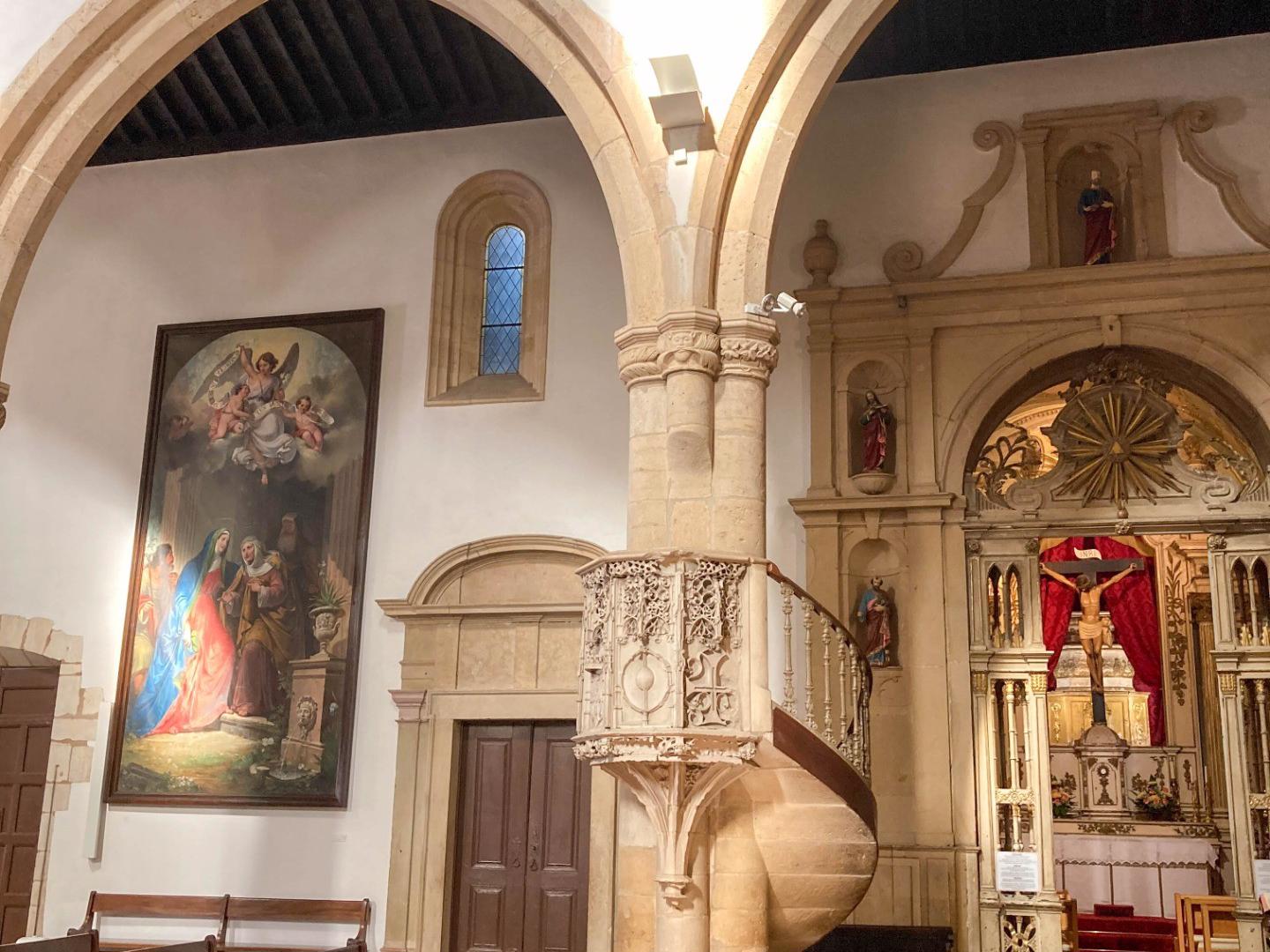